Family and friends on Sunday remembered 17-year-old Sabika Sheikh as a hard-working and accomplished Pakistani exchange student, during the first of many planned funerals for victims of the Texas high school shooting massacre.

Sheikh, who had been attending classes at Santa Fe High School since last August, said getting accepted into a U.S. program to study was the best thing that ever happened to her in her life. She was scheduled to go home to Pakistan in three weeks, by Eid al-Fitr, a three-day holiday that marks the end of the Muslim holy month of Ramadan.

The shooting at the high school southeast of Houston killed 10 people and wounded at least 13 others. A 17-year-old student, Dimitrios Pagourtzis, is being held on murder charges. 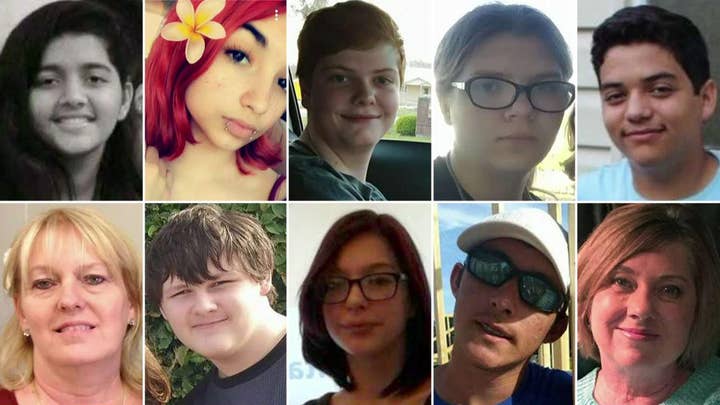 Sabika's funeral took place Sunday afternoon at a mosque in suburban Houston to overflowing crowds. Her immediate family could not be there with her; relatives are in Pakistan, and the Pakistani Consulate has organized to have her remains returned to her family.

Sabika was an honor student.

At the services, she was remembered as a young woman who wanted to be a businesswoman or a diplomat in the Consulate General’s Office.

The host family said their time with her was “such a precious gift,” as Sabika and their kids were united in love.

The family even started fasting with her for Ramadan. 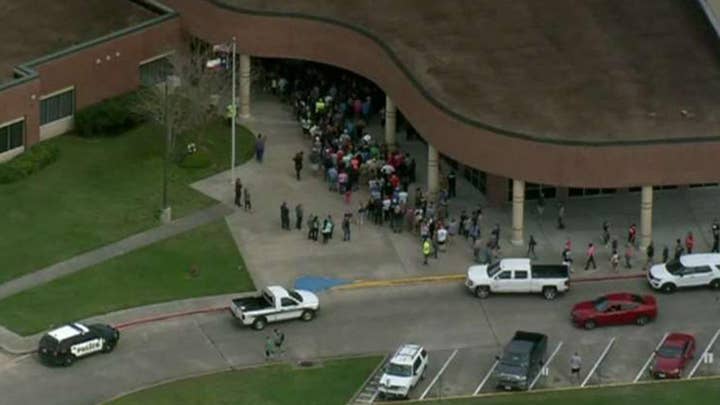 “When I first started school, I didn’t know anyone. And I met Sabika, and she didn’t know anyone either. And we both became very close,” Jalyn Cochran, who previously had been homeschooled, said. “The other night we were in the car and I was crying because I didn’t want her to go back to Pakistan. And she said, I love you and I miss you. She was so loyal to her faith and her country. And she loved everybody. She was the most amazing person I’d ever met, and I will always miss her.”

Houston, according to Mayor Sylvester Turner, has one of largest exchange students programs in the world. “This is one of those moments that we say drive people’s souls. The death of Sabika and nine others are impacting people all over the world,” he said, adding that schools ought to be made as safe as airports and government buildings.

Her body is to be returned to her family in Karachi, Pakistan.

Surrounded by mourning friends and family at his home in Karachi on Saturday, her father, Abdul Aziz Sheikh, fought back tears as he relived his frantic efforts to check whether his daughter was safe half a world away. She wasn’t returning his calls and neither were her friends. He eventually learned from the exchange program that she was among the dead.

“We are still in a state of denial. We can’t believe it. It’s like a nightmare,” Sheikh told The Associated Press.

Medical staff at HCA Healthcare’s Gulf Coast Division-affiliated Clear Lake Regional Medical Center reported Sunday that one child remained in serious condition with multiple gunshot wounds, while another was in good condition after being shot. A Santa Fe High School student who had been treated and released Friday was readmitted to the hospital Saturday for further observation, and then later released Saturday evening.

Governor Greg Abbott also issued a statewide call for Texans to take part in a moment of silence at 10:00 a.m. local time Monday to honor the memory of the victims of the shooting. “The act of evil that occurred in Santa Fe has deeply touched the core of who we are as Texans,” said Abbott. “In the midst of such tragedy, we pray for the victims and those mourning in Santa Fe, while we work to ensure swift and meaningful action to protect our students in schools across our state. I ask all Texans to join in holding a moment of silence tomorrow morning to remember the victims, their families, and first responders of the attack that took place at Santa Fe High School.”

Fox News’ Ray Bogan and Emilie Ikeda in Texas and The Associated Press contributed to this report.