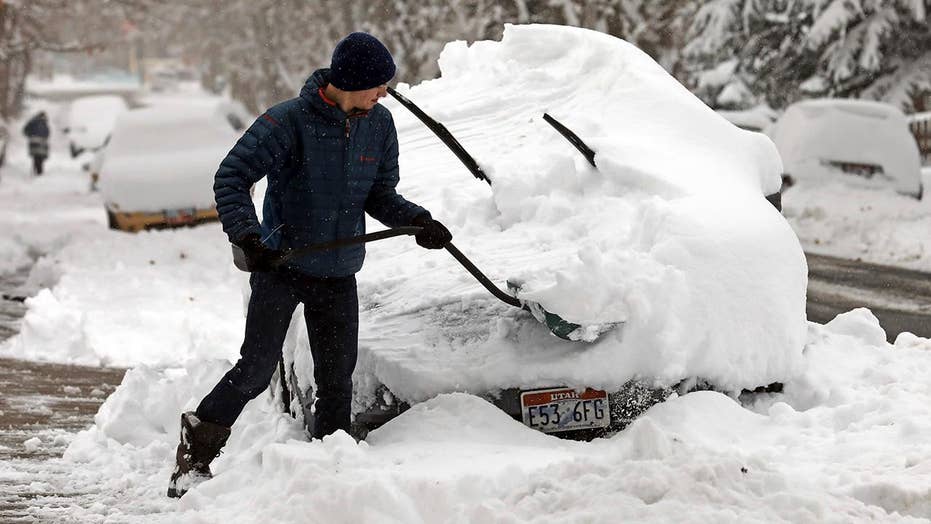 Surviving the winter, while staying on schedule and on budget, doesn't have to be complicated.

Major airlines across the United States have canceled more than 1,400 flights amid severe weather, affecting, or expecting to affect, parts of the Midwest and Northeast.

Many of those flights had been canceled as of Tuesday – over 900 of them, according to USA Today – as a preemptive safety measure ahead of the storms.

Most of the major carriers, as well as many airports in the affected regions, have issued travel alerts to passengers scheduled to fly on Wednesday, urging them to check in with the airlines before leaving for their flights amid the ongoing cancelations.

7 THINGS YOU SHOULD NEVER SAY ON A PLANE

American Airlines, for instance, confirmed the cancellation of 400 smaller, regional flights scheduled for Wednesday, and said its meteorologists are keeping close watch on the weather patterns in the Northeast. The airline is also directing passengers to its Travel Alerts web page, to find out whether they are eligible to change or rebook their flights without incurring in a fee.

United, too, is offering waivers to travelers flying on Feb. 20 out of specific airports in the Northeast, Great Lakes or mid-Atlantic regions. Delta has issued a similar advisory for airports mostly in the Northeast, with waivers available for specific customers.

AIRLINE PASSENGER TAKES OFF PANTS, SHOES ON 10-HOUR FLIGHT: 'WTF IS GOING ON?'

Southwest Airlines is also directing travelers in the Northeast and mid-Atlantic to its Travel Advisory web page to see if they are eligible to reschedule at no additional cost. As noted by USA Today, Southwest’s second-biggest hub, Baltimore Washington Thurgood Marshall International Airport, has already canceled nearly a third of its scheduled flights for Wednesday.

The storms, which are expected to bring heavy snow, sleet and freezing rain into the Midwest, Ohio Valley, mid-Atlantic and Northeast through Thursday, are expected to affect nearly 200 million Americans.