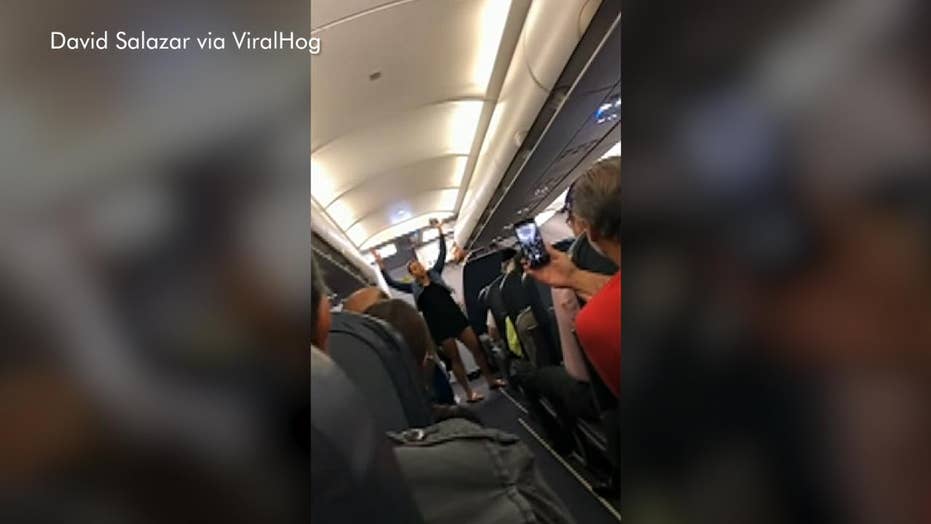 A drunk Spirit Airlines passenger is removed from the plane after some altercations between the crew and other passengers onboard.

A Spirit Airlines passenger was reportedly removed from a flight in Orlando, Fla., after becoming irate that airline staff members asked her to turn off her cell phone.

According to video footage shared on social media of the March 27 incident, the allegedly intoxicated woman appears to be arguing with flight crew before becoming enraged and yelling at plane passengers to “record all you want.” The woman then bends over and flashes her buttocks before twerking for a few seconds to those on the Newark, N.J.-bound flight, Daily Mail reported.

The unidentified woman stands up and begins getting her luggage before getting into another verbal altercation with a female passenger off-camera. At one point, she threatens the woman to fight her.

At the end of the clip, the woman is taken off the flight and those on board can be heard cheering her departure.

Spirit Airlines did not immediately respond to Fox News’ request for comment.