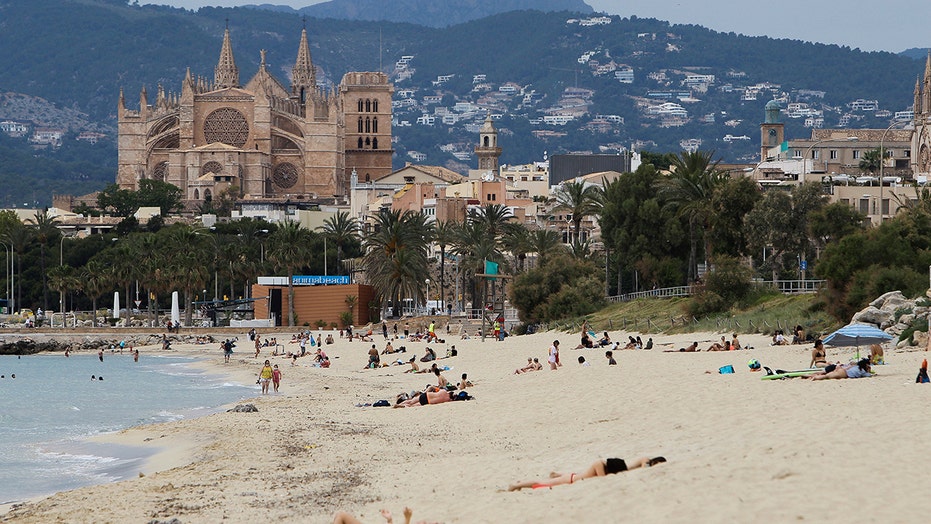 Spain is nearly ready to reopen tourism — but first they’re going to test their new regulations on Germany’s antsiest travelers.

This week, Spanish officials announced plans to allow 10,900 German tourists to visit the Balearic Islands on June 15, just a few weeks ahead of Spain officially reopening to tourism on July 1. Tourism Minister Reyes Maroto had previously proposed the idea at a government meeting last month, though it was officially approved Monday.

“The border controls and the restrictions on travel have to be lifted in areas that have an epidemiological situation that is evolving positively,” said Maroto, according to Spain’s El Pais.

Francina Armengol, the president of Spain’s Balearic Islands, said Germany was chosen to test the new regulations due to its relatively low number of coronavirus cases and deaths. (Isaac Buj/Europa Press via AP)

Francina Armengol, the president of Spain’s Balearic Islands, said Germany was chosen due to its relatively low number of coronavirus cases and deaths. The islands — which include Mallorca, Menorca, Ibiza, and Formentera, among others — have also historically been a popular vacation destination for German residents, the Associated Press reported.

During the test period, tourists from Germany will not be required to undergo any health checks prior to boarding their flights, and they will not be subjected to Spain’s mandatory 14-day quarantine period. Rather, they will be given a questionnaire to fill out during their flights to help assess any symptoms, and given a temperature screening upon landing. They will then be allowed to proceed to their designated hotels or homes, for a maximum stay of five nights.

Visitors will also be given the contact information for medical centers, should they have concerns about themselves or someone in their party.

Once on the island, however, it’s unclear how freely they will be able to explore. Social-distancing protocols will be communicated to all visitors, the Associated Press reports, but access to some of the area’s nightlife may already be off-limits: A bulletin issued by the islands’ government is allowing for the reopening of hospitality establishments, but not any night clubs or dance clubs, lest they meet certain criteria.

Germany’s first 10,900 tourists to the Balearic Islands will be able to purchase tickets on a first-come, first-serve basis. These visitors, meanwhile, will represent only 0.41 percent of the tourists who visited the islands on the latter half of June 2019.

Tourists are seen partying in the Magaluf resort area of Mallorca in June 2019. The visitors that will be allowed to visit in the latter half of June 2020 represent less than 1/200th of the tourism the islands usually see during that two week period. (Clara Margais/Getty Images)

The islands, which include Mallorca, Ibiza and Menorca, are a magnet for northern European visitors and others seeking sunny beaches, rocky coves and nightlife.

Spain’s Canary Islands, too, will reportedly try out a similar testing phase in the near future, albeit with stricter regulations likely in place, El Pais reported.