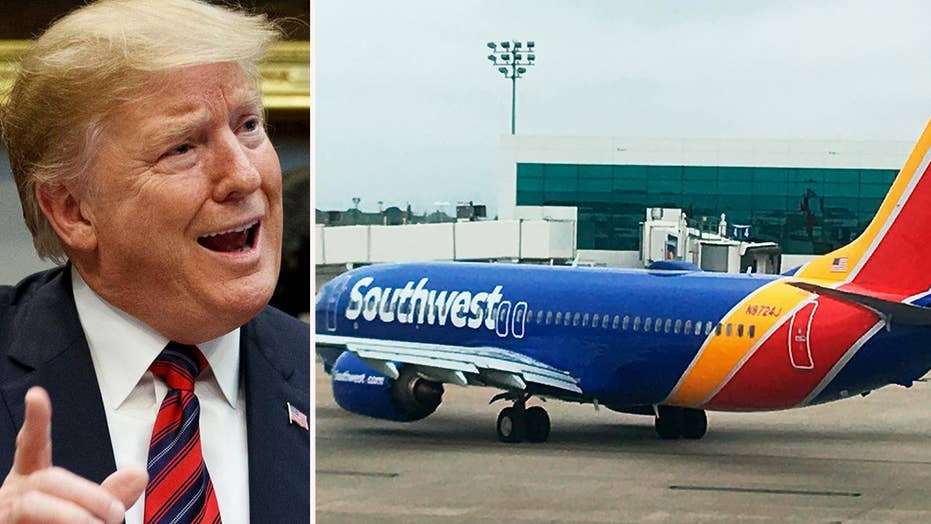 A Southwest Boeing 737 Max 8 aircraft bound for California was forced to return to Orlando International Airport after declaring an emergency on board.

According to a statement from the FAA, the plane departed from the Florida airport around 2:50 p.m. Tuesday. Soon after, flight crew declared an emergency due to a reported engine problem and landed safely back at Orlando just before 3 p.m.

Only a pilot and co-pilot were on the flight, which was relocating to Victorville, Calif., for short-term storage, airport officials said.

According to a statement to Fox News from Southwest, the Boeing 737 Max 8 will be moved to the airline's Orlando maintenance facility for a review.

Earlier this month, President Trump and the FAA ordered all Boeing 737 Max 8 and Max 9 aircrafts to be grounded following the deadly Ethiopian Airlines crash that killed all 157 people on board.

"The grounding will remain in effect pending further investigation, including examination of information from the aircraft's flight data recorders and cockpit voice recorders," the FAA said.

Southwest confirmed in a tweet that the airliner has suspended operations of the Max 8 and 9 aircraft as required by the FAA.