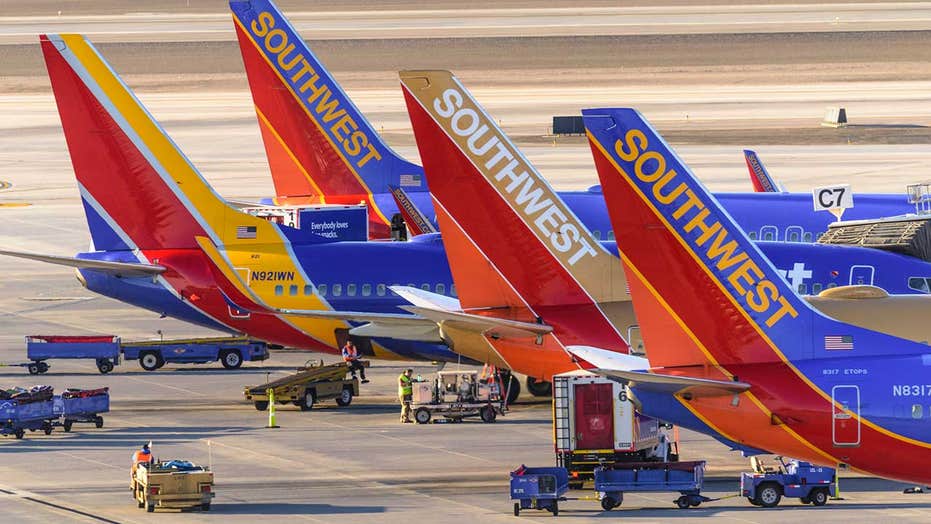 Southwest Airlines has taken one of its planes out of service after powerful wind gusts managed to push it into a jet bridge amid a coastal storm in the Northeast.

The plane, located at Boston Logan International Airport, was sitting empty at the gate when the incident occurred on Thursday morning, a spokesperson for Southwest confirmed to Fox News. The left wing of the plane, however, did strike the jet bridge after it was pushed across the tarmac.

Pictures from the airport, which were shared with Boston 25 News, show the plane’s wing resting on a section of the tarmac. It’s unclear whether the plane itself was damaged.

“Early this morning a Southwest aircraft sitting at the gate at Boston Logan International Airport was moved by gusts of wind, causing the left wing to make contact with the jet bridge,” the airline wrote in a statement. “There are no reports of injury or any employees being onboard the aircraft at the time.”

The airline further confirmed that the plane was taken out of service for inspection.

The Southwest incident accounted for just some of the damage to Logan airport in Boston amid Wednesday night’s bomb cyclone, which brought gale-force winds and knocked out power to hundreds of thousands in the area. Officials overseeing the airport also reported a cover being blown off a Delta hangar and multiple downed trees on airport roadways, according to Boston 25 News.