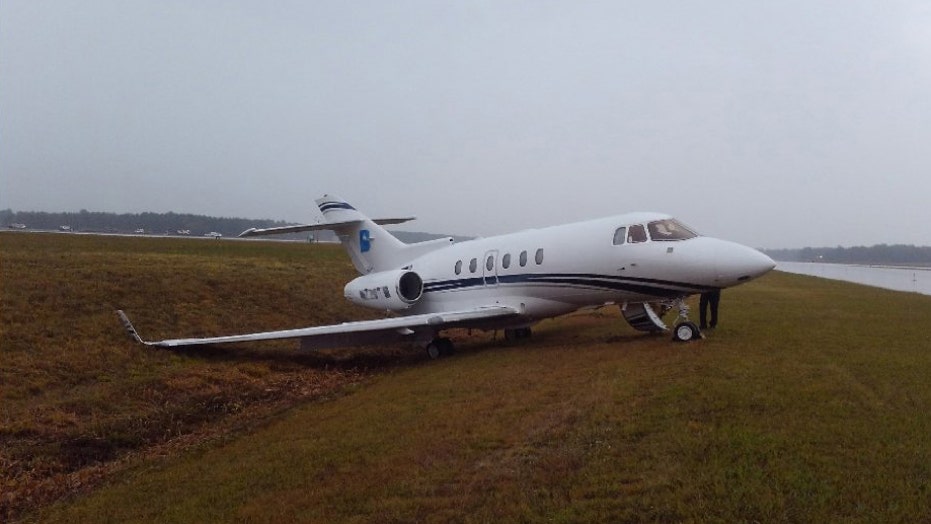 A private aircraft was forced to make an emergency landing at Richmond International Airport on Wednesday morning due to issues with a “sideways” nose gear.

The Richmond International Airport (RIC) in Virginia confirmed the plane’s crew declared an emergency shortly before 8:30 a.m., citing trouble with the landing gear. Upon landing, the airport wrote on Twitter that the “sideways” nose gear forced the aircraft to “veer” off the runway and into a section of grass.

In a photo shared by the airport, the Hawker jet can be seen sitting off to the side of the runway, backed up against a ditch.

A representative for RIC confirmed there were no injuries reported by the five people onboard the private plane. In an emailed message to Fox News, the representative also likened the issue to a car’s wheels suddenly becoming stuck sideways.

Virginia State Police, as well as the FAA and the Flight Standards District Offices, will be investigating, the airport confirmed in a tweet.

The airport had also closed one of its two runways, Runway 16/34, in the wake of the incident. It is expected to reopen soon.

“Airport operations are not significantly impacted,” a representative said.