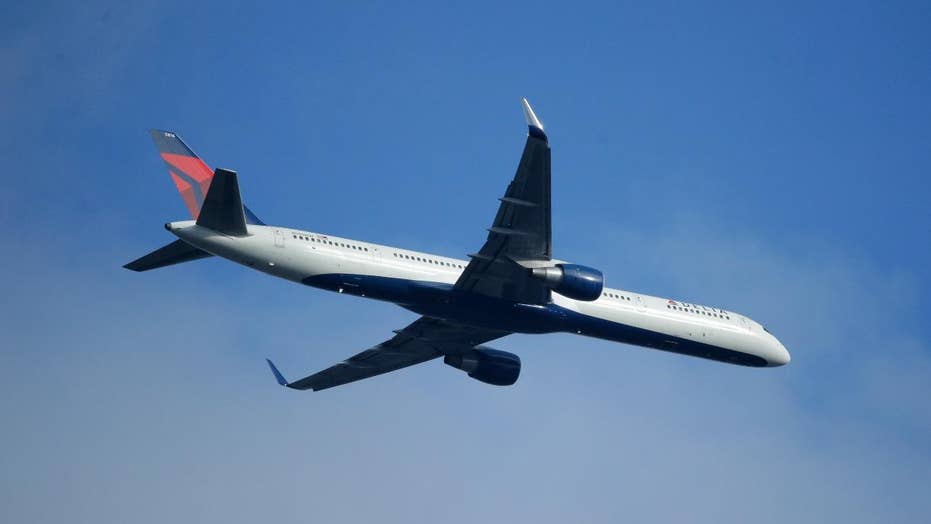 One woman traveling on a Republic Airlines flight under American Airlines has claimed that one of her fellow passengers got a little too close for comfort on a recent trip from Miami to Indianapolis, reportedly making inappropriate verbal comments, kissing her cheek and spitting on her chest.

Smith said that the 61-year-old man was “talking incessantly” in a nearby seat, and moved to sit next to her when her own seat mate got up and moved. Immediately, explicit remarks began to fly.

"He leaned in and kissed me on the cheek, and I kind of turned my head a little bit, and was just so taken back," Smith recalled. "He did it again. He said, 'I like that, I want to do it again.' And, did it again."

Assigned to a window seat, Smith dished that she felt trapped next to Hatcher, as he “put his personal belongings on her tray table so she could not get up,” Fox 29 reports.

She continued the claim that she could feel the sexagenarian’s “breath” on her and he went on to “spit my chest."

Eventually, Smith claims she caught a flight attendant’s eye, and the staffer was able to intervene.

After deplaning, Hatcher was arrested by Indianapolis Airport Police and booked into the county jail.

In a peculiar twist, during the flight, both Smith and the flight attendant agreed that they saw Hatcher drinking out of what Smith described as his “own bottle of vodka” – though breathalyzer test administered to Smith at the airport by police showed no sign of alcohol in his system.

Charged with battery and disorderly conduct, Hatcher was bonded out of jail on April 27 and is due back in court next month.

As noted by Fox 59, members of the crew aboard flight from Florida to Indiana were employed by Republic Airlines, which was operating under American Airlines.

When contacted for comment, reps for American Airlines offered Fox News the following statement on the story:

“We were made aware of the incident from our colleagues at Republic Airlines, and our team has reached out to Ms. Smith directly to ensure we provide any support we can,” a spokesperson said.

Though reps for Republic did not immediately return Fox News’ request for comment, though they did offer Fox 59 the following statement on the story:

“When our flight attendant became aware of a passenger’s aggressive and unwelcome conduct in violation of our rules and directed toward another passenger, she acted to separate the passengers and our crew requested that the flight be met by law enforcement officers upon landing,” Jon Austin of Republic Airlines Corporate Communications said. “In this situation, as in all others, our crew members are trained and empowered to act to protect the safety of their passengers and their fellow crew members.”

The FBI has previously described the issues of sexual misconduct and assault crimes in the high skies as increasing “at an alarming rate” in recent years. To that end, in January, the Trump administration launched the National In-Flight Sexual Misconduct Task Force, a new subcommittee of the Aviation Consumer Protection Advisory Committee (ACPAC.)

“The Task Force will review current practices, protocols and requirements of U.S. airlines in responding to and reporting allegations of sexual misconduct by passengers on board aircraft,” a press release detailed. “It will also provide recommendations to the ACPAC on best practices relating to training, reporting, and data collection regarding incidents of sexual misconduct by passengers onboard commercial aircraft.”