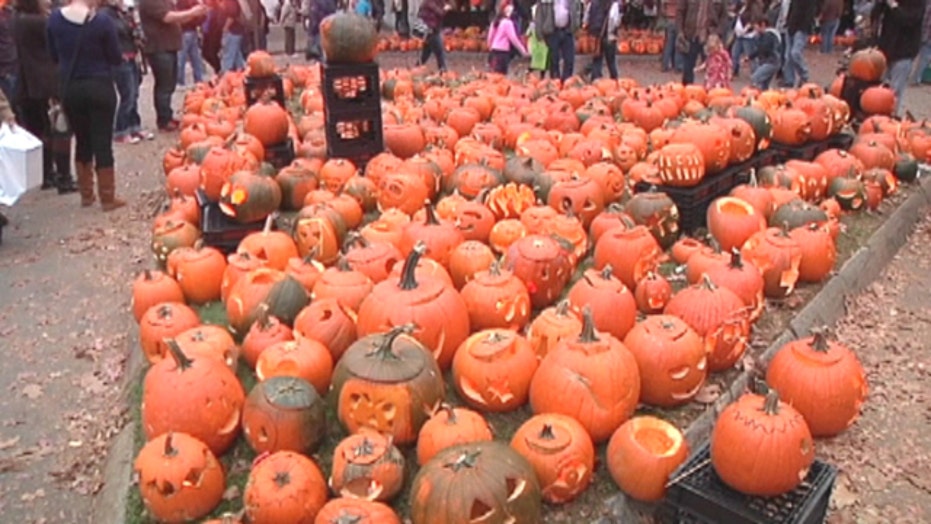 It was a David vs. Goliath fight over who would capture the pumpkin throne, but a small New Hampshire town has once again come out on top, beating out a major metropolis.

On Saturday Keene reclaimed the Guinness World Record for most Jack-o-laterns lit at once.

Guinness World Records confirmed that 30,581 carved and lit pumpkins were displayed topping the record of 30,128 pumpkins set by Boston in 2006.

Keene has held the title eight times before Boston snagged the world record. For the past six years, Keene and Boston have been involved in a pumpkin war and Keene has tried to win back the title every year.  Finally, this year’s Pumpkin festival was a success for the small town.

Ruth Sterling, who helps organize the annual affair, says that "people around the world are rooting for this world record.”

“This world record has been here eight times, and now it has to come home in 2013, so we’ve used that theme all year. Bring it home,” Sterling said.

Thousands of people from all parts of the globe brought their carved Jack-o-laterns hoping to be a part of history. The event draws so many crowds that Sterling says the population in Keene quadruples in size for the day.

Keene mayor Kendall Lane made the official announcement to the swarms of people at the festival. The crows roared with celebration in response to the news, happy to have the world title back home where they say it belongs.

In a speech to the people of Keene, Lane said: “Tonight, the people of the world are waiting for us. They want to know what our count is…this is the center of America."

With the world record back home, the people of Keene say it's nice to be back on the pumpkin throne.

Click here to find out more about the fest and how you can participate.