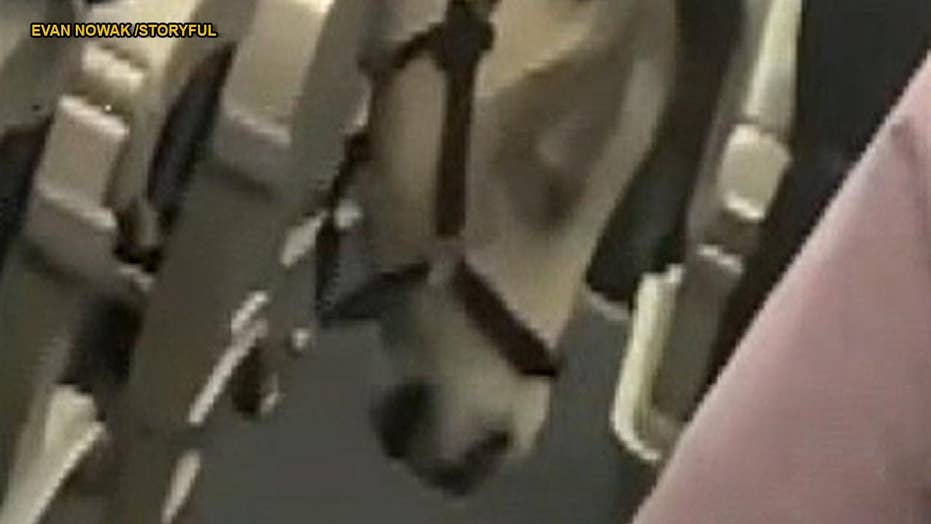 A passenger on an airplane saw something that made him stop and say, “Hay!”

Evan Nowak said he noticed an unusual traveler while flying on an American Airlines flight from Chicago to Omaha. Apparently, another passenger brought a miniature horse on the plane, likely as a service animal.

Nowak posted the footage to Twitter, which showed the animal calmly sitting near the front of the plane.

Fortunately, the miniature horse had been given an aisle seat, as it likely was too big for a middle seat and wouldn’t be able to appreciate the views from the window seat anyways.

Obviously amused, Nowak posted the footage with the caption, “At this time we would like to begin boarding with any active duty military, families traveling with children under the age of 3, and horses...”

According to the American Airlines website, trained miniature horses are permitted on flights as service animals.

In mid-August, the U.S. Department of Transportation announced that miniature horses still were allowed to fly as service animals in all cabins of commercial planes, in a statement aiming to define the guidelines regarding protections for emotional support and psychiatric service cats, dogs and the tiny equines.

The announcement didn’t bind airlines to fly all service miniature horses by law, but did allude to penalties if carriers violated the new rule, WWJ reported. The Department of Transportation had not banned mini horses previously.

According to the American Miniature Horse Association, the animals often stand between 2 and 3 feet tall and weigh between 150 and 250 pounds, with an average life span of at least 30 years.