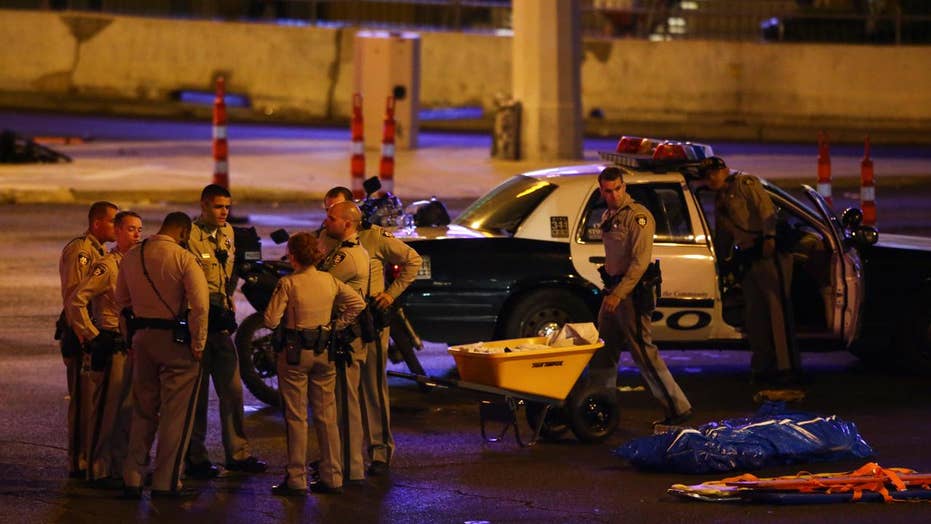 The president and CEO of the Las Vegas Convention and Visitors Authority is calling Sunday night’s massacre “horrific,” but vows that Vegas will pull together to “work through this tragic incident.”

“The thoughts and prayers of all of Las Vegas go out to the victims and their families,” said Rossi Ralenkotter in a statement to Fox News. “This was a horrific, yet isolated, incident. At this time, it is important to allow the Las Vegas Metropolitan Police to conclude their investigation into the incident and to attend to the needs of the victims and their families.

“Las Vegas is a strong community that will work through this tragic incident,” he added. “We are grateful beyond words to our incomparable law enforcement, first responders and everyone who continues to help victims and their families.”

Sunday night’s massacre has so far claimed the lives of 58 concert-goers who attended the Route 91 Harvest Festival across the street from Mandalay Bay, where shooting suspect, identified as 64-year-old Stephen Paddock, fired down from the 32nd floor. More than 500 others were reported injured.

Paddock was already dead of a self-inflicted gunshot wound when authorities burst into his room, Las Vegas police reported.

The LVCVA, according to its website, is the “official destination marketing organization of Southern Nevada,” and serves both Las Vegas and Clark County. The group’s objective is to promote and facilitate “tourism, conventions, meetings and special events.” The LVCVA also operates the Las Vegas Convention Center and Cashman Center, and VegasMeansBusiness.com.

According to LVCVA’s tourism statistics, Las Vegas hosted just under 43 million visitors in 2016 alone, and just over 28.5 million from Jan. 2017 through the end of August.