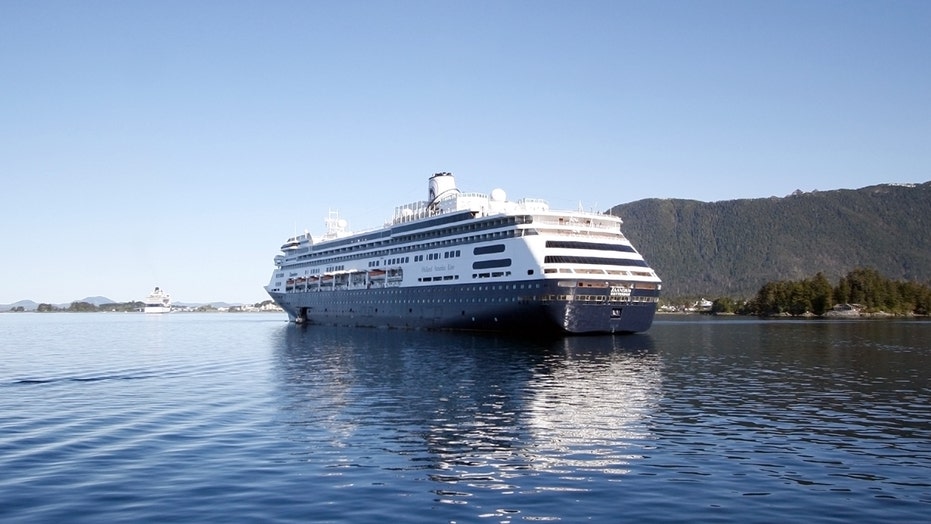 A cruise ship operating for the Holland America Line is currently heading toward Florida with at least 77 passengers and crew experiencing “influenza-like symptoms,” the cruise line said Tuesday.

In a previous announcement made on Sunday, Holland America said that only 42 passengers and crew aboard the Zaandam liner had reported feeling ill. There are currently no COVID-19 testing kits available to “determine the cause of these elevated cases at this time.”

The Zaandam, seen here during an earlier voyage, is currently sailing toward Fort Lauderdale, Fla., with at least 42 guests and crew members experiencing influenza-like symptoms. (iStock)

The Zaandam liner, which originally departed from Buenos Aires, Argentina, on March 7, was scheduled for a 14-day cruise of South America, with plans to disembark in San Antonio, Chile, on March 21.

By March 13, however, Holland America announced it would temporarily be suspending all sailings for at least 30 days, and ending “its current cruises in progress as quickly as possible.” Holland America said the ship was originally cleared to dock in Punta Arenas, Chile, to disembark passengers for flights home, but was ultimately “not permitted to do so.”

The Zaandam instead docked in Valparaiso, Chile, but only for supplies and medicine.

“Zaandam departed Valparaiso on March 21 and is currently sailing north,” Holland America wrote in a press release shared Sunday. “Our intention is to proceed to Fort Lauderdale, Fla., for arrival on March 30; however, we are still working on securing a reservation to transit the Panama Canal. Alternative options are also being developed.”

In an updated statement shared Tuesday, Holland America said it had deployed another ship, the Rotterdam, to rendezvous with the Zaandam to provide "extra supplies, staff, COVID-19 test kids and other support as needed. The two ships are scheduled to meet on March 26.

As of March 24, the Zaandam was sailing northbound off the coast of Peru. The ship is carrying 1,243 guests and 586 crew members.

In response to the illnesses onboard, Holland America has taken a number of additional precautions, including isolating ill guests; asking all other guests to remain in their rooms; delivering all meals to guests in their cabins; quarantining non-essential crew; operating at “maximum” sanitation levels; and offering complimentary Internet and phone services to all guests.

Holland America, a subsidiary of Carnival Cruises, had originally announced the temporary suspension of all sailings on March 13. Cruises that departed before that time were to head to ports to allow guests to disembark and return home, a Carnival spokesperson said last week.

Both the CDC and the U.S. State Department have since advised that Americans avoid traveling by cruise ship.