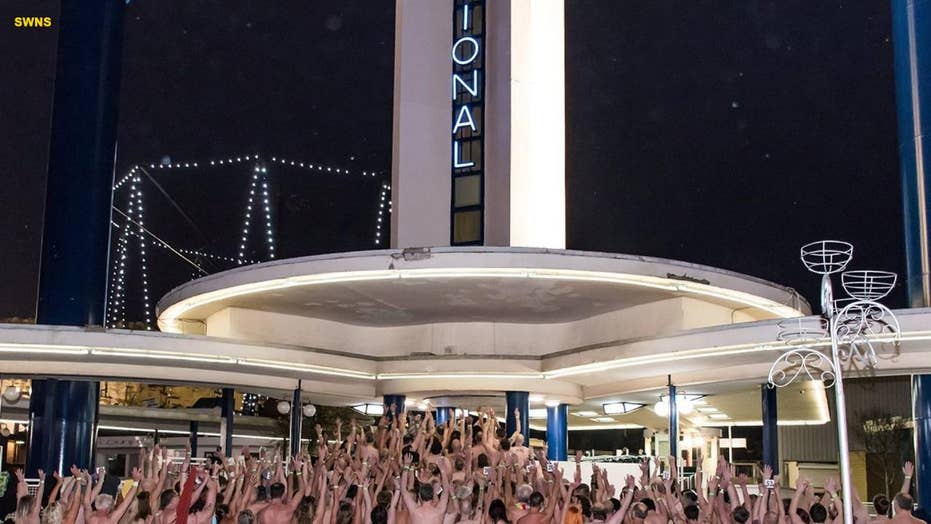 A group of 195 British naturalists stripped down and headed to Blackpool Pleasure Beach amusement park in Blackpool to break the world record for the most naked people on a roller coaster.

One English town was hit with plenty of full moons last weekend after a group of nearly 200 British naturalists gathered to beat the record for most naked people on a roller coaster.

A group of 195 British naturalists stripped down and headed to Blackpool Pleasure Beach amusement park in Blackpool on Saturday night as part of an annual naturists weekend in the city, SWNS reported.

The British theme park scooped a world record for the most naked people on a coaster. (SWNS)

The cheeky event, which took participants for a ride on the park’s famous Grand National roller coaster, was organized by national U.K. organization British Naturism.

But the ride was not only open to society members — the public was also allowed to sign up for the unique trip if they were interested.

The large group, which came together at the amusement park after the sun went down, easily beat the previous record of 102 people, which was set in the English town of Southend in 2010 on Adventure Island theme park's Green Scream ride.

It was not reported whether there were other people allowed at the park, or if this was a private event. One thing is for sure, though: Whoever else was around definitely got an eyeful.