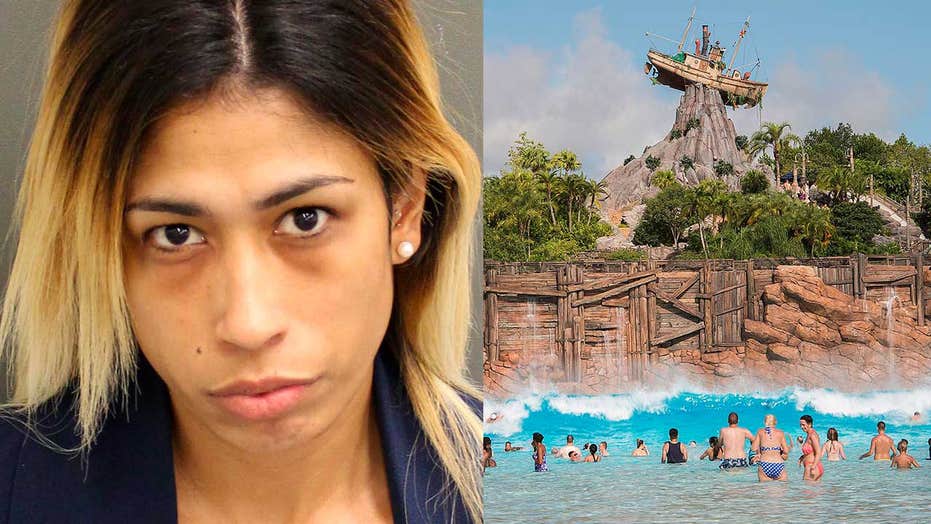 The costumed villains aren’t the only crooked characters at Disney World.

Earlier this month, a former Disney World employee was arrested for allegedly sneaking back into an employee locker room and stealing workers’ cash and credit cards.

The suspect, identified as Shariel Agosto by the Orange County Sheriff’s Office, was apprehended by police at Typhoon Lagoon on Aug. 1, before being transferred to a police substation within the Disney World park, according to a police report shared with Fox News.

Police added that Agosto knew how to gain access to the Typhoon Lagoon locker room because she had previously worked at the waterpark, according to information obtained by the Orlando Sentinel.

Police say the suspect knew how to gain access to the Typhoon Lagoon locker room because she had previously worked at the waterpark. (Caitlyn Mccabe/Disney)

At the time of her arrest, she was working at the nearby Disney Springs shopping and dining complex, though police did not disclose which outlet, specifically, she was employed at, the outlet reported.

Agosto was charged with fraudulent use of a credit card, credit card theft and petit theft, police confirmed to Fox News.

A representative for Disney World was not immediately available to comment.