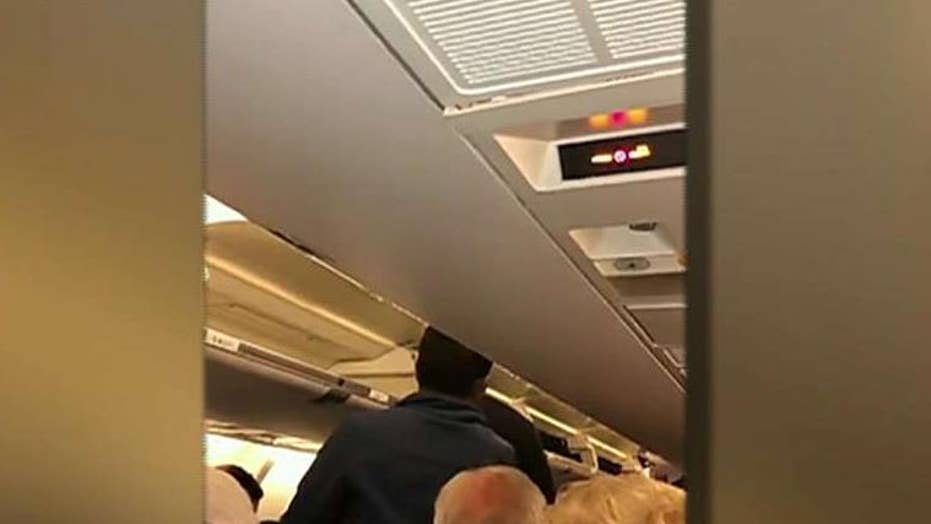 A flight from Knoxville, Tennessee touches down safely in Dallas, Texas after the pilot alerts passengers that they would be 'flying blind' if they continued to Houston.

An ExpressJet Airlines flight was diverted to the Dallas/Fort Worth International Airport on Thursday evening after a pair of cockpit screens reportedly went blank before reaching its intended destination.

The cockpit crew informed passengers of the reason for the diversion upon landing, telling travelers that the crew would have been “flying blind” if the aircraft stayed in the air.

WATCH: PASSENGER GETS FLIGHT DELAYED AFTER THROWING COINS AT PLANE FOR GOOD LUCK

The flight, which was operating as United Express, originated in Knoxville, Tenn., and was scheduled to land at George Bush Intercontinental Airport in Houston.

"You may be able to see we lost two of our screens,” a member of the flight crew can be heard telling travelers in footage shared taken inside the cabin. “Now, if we kept flying, we'd lose them all. Eventually. Because there’s not enough cooling. There’s tremendous heat behind those screens,” the message continued.

“If we had continued, eventually I’d be flying blind. So, that's why we are in Dallas right now. It is unlikely this aircraft is going anywhere tonight.”

A representative for ExpressJet Airlines said a “mechanical issue” was to blame for the incident.

“ExpressJet Airlines flight 4390, operating as United Express from Knoxville to Houston, diverted to Dallas and landed safely following a mechanical issue,” an ExpressJet spokesperson confirmed in a statement to Fox News on Friday morning.

“Customers deplaned normally and we are working to get our customers on their way to their destination as soon as possible," it continued.