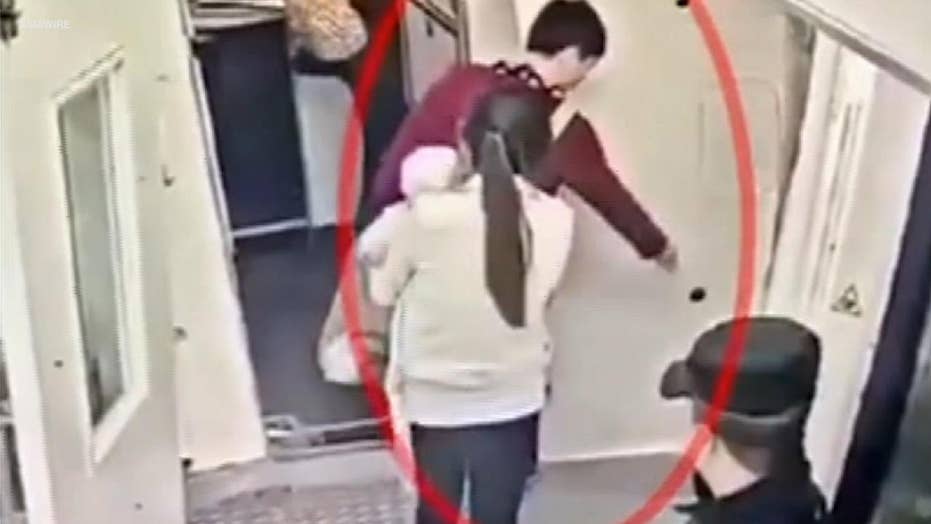 A passenger of a flight in northwest China was detained after throwing three coins at a plane for good luck as he was boarding a flight.

A passenger was detained by police after he threw three coins at a plane for good luck as he was boarding a flight with his family to Urumqi, Xinjiang, in northwest China on Tuesday.

In CCTV footage of the incident, the 31-year-old man is seen dropping the coins through a gap between the plane and jet bride just before walking onto the flight at Wuhan Tianhe International Airport, Chinese news outlets reported. Three 1 yuan coins were found on the ground near the engine.

Airport security alerted staff of the flight and the man was taken off the plane and questioned.

According to a report, the man told police that his mother-in-law insisted he practiced the superstitious act for a good flight as it was his four-month-old daughter’s first time flying.

The man was reportedly detained for 10 days for endangering the safety of the 101 passengers on board. His wife and child continued on the flight – though it was delayed 40 minutes due to the man’s actions.

This is not the first time a passenger has gotten in trouble for throwing coins at a plane’s engine for good luck.

In February, a man caused $21,000 in damage and caused a delay to his flight after throwing two one yuan coins at the engine of a Lucky Air plane.

Officials found the coins on the ground near the engine and canceled the flight over security concerns and forced 162 passengers to wait for a flight the next day.

The airline reportedly pressed charges against the man for his actions.

As noted by The Points Guy, small coins could cause great damage or total engine failure if they are sucked into an aircraft’s engine.