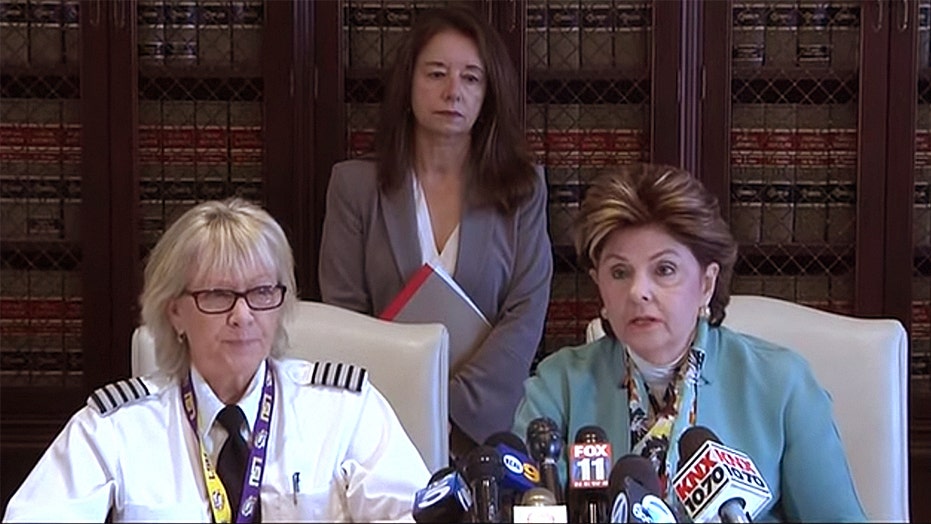 A female pilot has taken her former employer to court, after the private jet service allegedly fired the woman because she was “too short” to fly one of their planes.

Now, the aviator — who stands at 5 feet, 2 inches tall — is suing the company with the help of famed women’s rights attorney Gloria Allred on grounds of gender discrimination.

In a lawsuit filed August 13 in the Southern District of Ohio, pilot Shari Drerup claimed that she was wrongfully terminated from her “dream” employer NetJets Inc. in March 2017 for being too short to fly the Phenom aircraft, a small private jet.

The plaintiff further contends that three of her male pilot colleagues, who were deemed too tall to fly the very same plane, were unfairly reassigned to fly other aircraft without consequence.

Drerup was officially hired by NetJets in December 2016 for a position based in Columbus, Ohio, according to the lawsuit.

Ahead of the extensive training, the Louisiana native claimed that all the pilots in her class were measured to confirm they would fit into all the aircraft in NetJets’ fleet, ABC 7 reports. Drerup said her height was cleared without issue.

An external shot of a NetJets Inc. Embraer Phenom 300. NetJets, the aviation business of Berkshire Hathaway, is a fractional-jet company whose clients take a stake in planes in exchange for flight hours. (Getty)

When Drerup started simulator training in February, however, an instructor informed her that her legs were “too short” to safely reach the pedals.

"I was told by NetJets, 'Go buy a booster seat. Wear platform shoes. Just make it work,'" the plaintiff recalled.

"From the moment that they determined that I was too short to fly this airplane, they should have helped me,” Drerup said, as per NBC Los Angeles. “They should have said, ‘You know what, we've got other aircraft in the fleet, you're a good pilot, let's put you in another airplane.’”

Instead, she was “blindsided” with termination of her employment the next day, the suit states.

"I went to a meeting the next day, expecting to be transferred to another airplane. And they gave me a termination letter, took my badge, took my credit cards, took my iPad, took my cellphone,” Drerup said. “And treated me like a criminal.”

The aviator argued that she was cleared to fly two other planes in NetJets’ fleet — though her plea proved unsuccessful.

Adding insult to injury, Allred claimed that three of the aviator’s male classmates were reassigned to other planes because they had the “opposite” problem, being too tall to pilot the Phenom, which Courthouse News Service describes as a “two-engine light jet [that] can carry up to 11 people.”

“Why was a male pilot offered that opportunity and Sherry denied it?” Allred asked at a recent press conference. (Gloria Allred)

“Why was a male pilot offered that opportunity and Sherry denied it?” Allred asked at a Tuesday press conference. “In my opinion, this constitutes sex discrimination, and is clearly a double standard for male and female pilots.”

Now, Drerup seeks upwards of $75,000 back pay, front pay or reinstatement from her one-time employer, along with damages.

When contacted by Fox News for a statement, a rep for NetJets declined to comment on the complaint.

The private jet service is believed to be the largest operator of private aircraft in the world, with over 750 planes in its fleet.