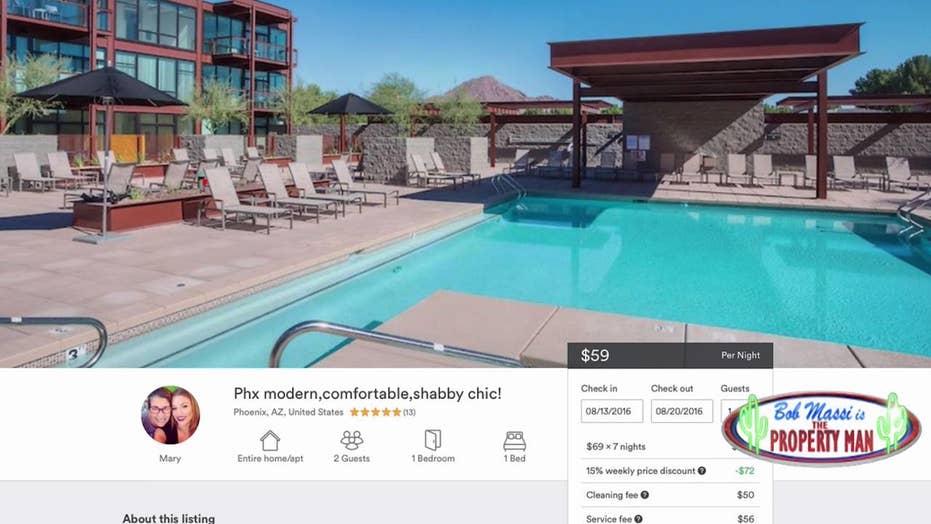 How safe are Airbnb rentals?

Home rental sites like Airbnb might seem like a good idea but renters need to do their research. 'Property Man' Bob Massi explores the booming rental property market

A New Zealand family was shocked to find a camera hidden in the smoke alarm of their Airbnb during a vacation in Ireland, which the father of the clan discovered as he was connecting his cell phone to the Wi-Fi.

On April 1, Nealie Barker took to Facebook to share the frightening tale, detailing that she, her husband Andrew and their five children are “avid” Airbnb users who “love” the platform — though the hidden camera spooked them into finding alternative lodging for the duration of their trip.

Barker shared two photos to the social platform, one of the surreptitious smoke alarm and a smiling shot of her kids, which her husband was able to take from the concealed camera.

Though the family had paid for the Airbnb in full, the mother felt “immediately protective” of her children being caught on camera and decided that it would be best if they spent the night elsewhere, as per New Zealand Herald. (Nealie Barker/Facebook)

The mom told Kiwi media outlet Stuff that her family had booked a three-day stay in Ireland beginning on March 3, when her husband – who works as an IT consultant – noticed something was amiss.

"He scanned that device's ports and found the live video feed. We were all watching ourselves on his mobile phone," Barker said of the horrifying find. The camera offered a view of the living room, dining and kitchen area.

"We have encountered lots of weird and wonderful things and like to think we take most things in our stride,” she continued. “However this was shocking."

"We have encountered lots of weird and wonderful things and like to think we take most things in our stride,” she continued. “However this was shocking." (Nealie Barker/Facebook)

Though the family had paid for the Airbnb in full, the mother felt “immediately protective” of her children being caught on camera and decided that it would be best if they spent the night elsewhere, as per New Zealand Herald.

"It was late at night, but we decided fairly quickly we didn't feel comfortable about staying at the house,” Barker said, and the crew spent the night at a hotel instead.

The parents then contacted the Airbnb host, who initially “became flustered and hung up” before calling the couple back to admit he did have a camera installed in the home to “protect” his assets, as per Stuff.

According to the home sharing platform’s official policies, hosts are required to inform guests if there is a surveillance device in or around their property — even if it's not turned on for use. Cameras are also never permitted in bedrooms, bathroom, or to be hidden.

Airbnb eventually refunded the family for the bad experience, and told Fox News that they booted the host with the creepy camera from the platform for good.

“The safety and privacy of our community is our priority. Airbnb policies strictly prohibit hidden cameras in listings and we take reports of any violations extremely seriously,” a spokesperson said. "We have removed the host from our platform. Our original handling of this incident did not meet the high standards we set for ourselves, and we have apologized to the family and fully refunded their stay."

“There have been over half a billion guest arrivals in Airbnb listings to date and negative incidents are incredibly rare,” they continued.

Now, Barker is urging other Airbnb users to be aware and “please share” the story, as per Facebook.