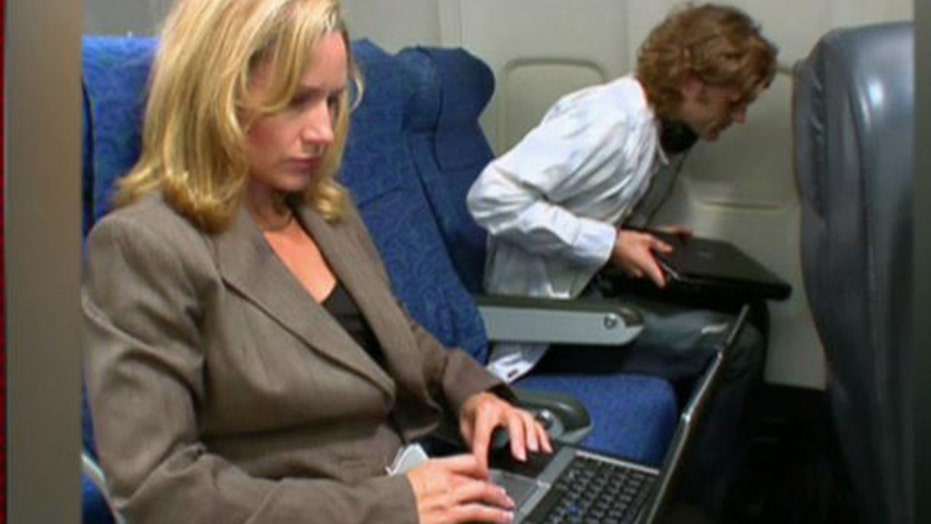 FAA to relax rules on use of in-flight personal electronics

Relief for frustrated fliers during takeoffs, landings and low altitudes

On Friday, the Federal Aviation Administration said it is expected to relax the ban on use of some personal-electronic devices at low altitudes and on runways, as result of a FAA study groups' review of the agency's policies.

Fliers, long frustrated with having to turn off and stow their gadgets before pushing away from the gate, will be expected to use devices, such as cellphones, tablets and e-readers, when the plane is at a low altitudes, as well as during takeoff and landings. While the study group is reportedly still in discussions over the finer details, cellphone calls are expected to continue to be off limits.

According to a statement obtained by Fox News, the agency said that it recognizes that consumers want greater use of personal electronics on board flights. "That is why we tasked a government-industry group to examine the safety issues and the feasibility of changing the current restrictions. At the group's request, the FAA has granted a two-month extension to complete the additional work necessary for the safety assessment. We will wait for the group to finish its work before we determine next steps."

Current FAA guidelines require that airlines prohibit the use of all devices until a plane climbs above 10,000 feet, although a recent study showed that one-third of passengers reported they've accidently left their portable electronic devices (PED) turned on during a flight.

The Wall Street Journal, which reported on the FAA's expected decision, obtained the draft report from the 28-member advisory panel.

"As the consumer electronics industry has exploded," the report says, the Journal said that the FAA's traditional stance of giving individual airlines leeway to evaluate the safety of specific devices before allowing them to remain on at low altitude "has become untenable."

The expected decision is good news to the legions of fliers tethered to their electronic devices who've been pressuring the agency to ease restrictions.

But travel expert George Hobica, founder of Airfarewatchdog.com, says people should be careful of what they wish for. "A plane full of passengers screaming can you hear me now over the roar of jet engines will not be pretty."

The final version of the FAA's report won’t be complete until the end of September.