5 things about passenger airplanes that you probably didn’t know

The Federal Aviation Administration (FAA) has banned Apple’s 15-inch Macbook Pro laptops sold between September 2015 and February 2017 over concerns that some of the computers feature batteries that may pose a fire risk.

The new rule applies to both checked or carry-on bags, USA Today reports.

"The FAA is aware of the recalled batteries that are used in some Apple MacBook Pro laptops," a spokesperson for the civil aviation agency told the outlet. "In early July, we alerted airlines about the recall, and we informed the public. We issued reminders to continue to follow instructions about recalls."

In June, the tech giant recalled the ever-popular 15-inch Macbook Pro released during the 17-month time frame over concerns that the batteries in some of the units may overheat and spark a fire.

The affected laptops can be identified by their serial number, Apple said at the time. That information can be gleaned from selecting "About This Mac" on the Apple Menu in the upper-left corner of the user's screen.

Better double check, frequent flyers! The FAA has banned Apple’s 15-inch Macbook Pro laptops sold between September 2015 and February 2017, over concerns that some of the computers feature batteries that may pose a fire risk. (iStock)

Apple added that no other 15-inch MacBook Pro units or other Mac notebooks are affected by the recall.

The FAA reports that all domestic American airlines have been informed of the ban, TravelPulse reports. 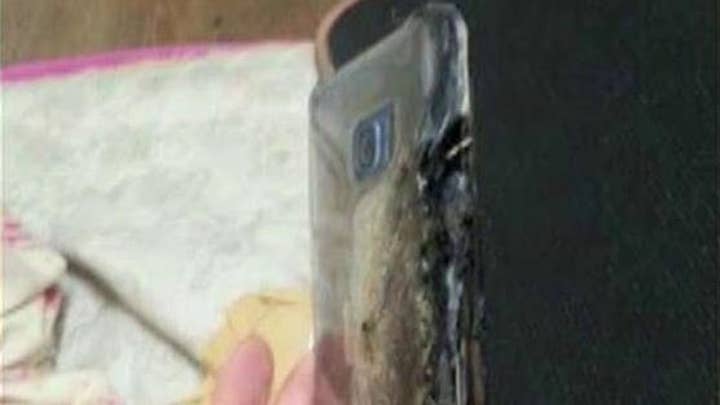 The news echoes similar headlines of the FAA urging customers not to use or power on the Samsung Galaxy Note 7 cell phone during flights, amid September 2016 reports of the smartphone catching fire.