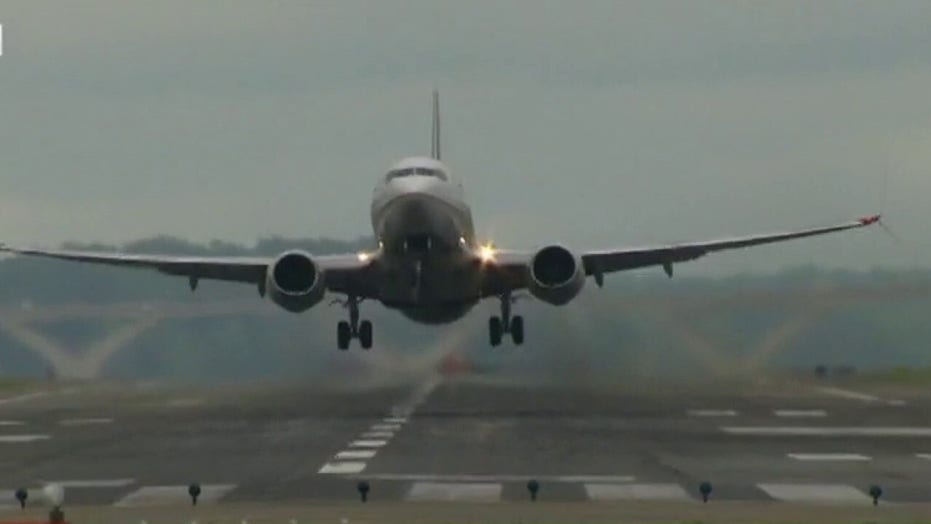 Sara Nelson, president of the Association of Flight Attendants, joins Neil Cavuto to discuss how coronavirus is impacting the airline industry.

EgyptAir recently got a brand-new passenger – for life.

Last week, an EgyptAir flight was traveling from Cairo to London when passenger Hiyam Nasr Naji Daaban, 38, went into labor.

The flight made an emergency landing in Munich, but before it landed, Daaban had already given birth to a baby girl, according to tweets from EgyptAir.

The next day, the airline announced the newborn would be given free airline tickets for life, at least to Munich.

NEW HAMPSHIRE MOM SAYS SHE WAS KICKED OFF FLIGHT AFTER HER 2-YEAR-OLD REFUSED MASK: REPORT

In a Facebook post, the airline congratulated Daaban on her newborn and made several thanks, including to Dr. Moataz Fathi “for his efforts to keep the mother and baby safe,” and to the crew and passengers for how they handled the situation.

According to a translation of the airline’s tweets, which were originally in Arabic, the newborn was given “a free ticket for life on Munich flights.”

A woman gave birth on an EgyptAir flight from Cairo to London last week and the airline gave her baby a lifetime of free airline tickets. (AP)

This isn’t the first time a baby has been born in the air.

Last month, an Alaska woman gave birth to a baby boy while she was being flown to Anchorage on a medical flight.

According to reports, the woman, Chrystal Hicks, from Glenallen, Alaska, was only 35 weeks into her pregnancy when she started having contractions on Aug. 5.

Emergency personnel arranged to fly her to an Anchorage hospital, but 20 minutes into the flight, she gave birth.

She decided to name her son Sky Airon Hicks to commemorate his unusual birth. However, she wrote on his birth certificate that he was born in Anchorage.

“I didn’t want to put on a plane or in the sky," she told KTUU last month.