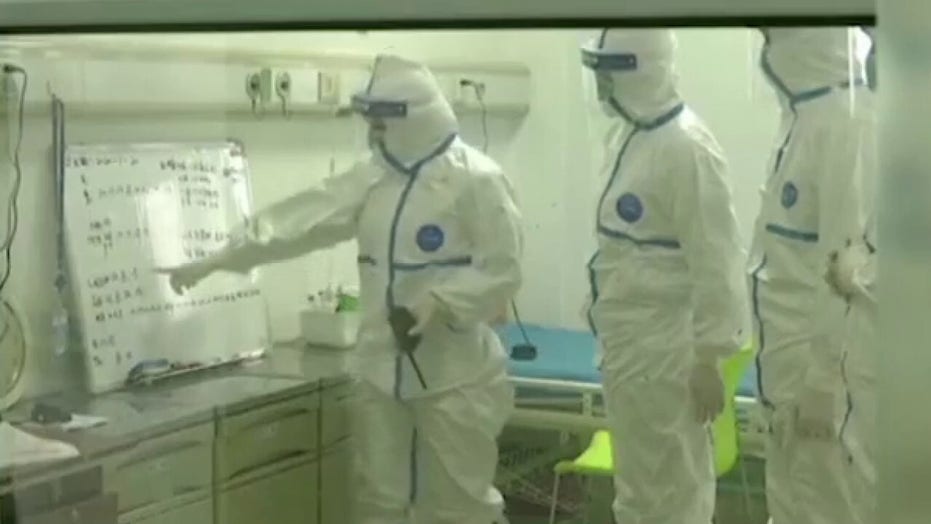 What steps are being taken to prevent a coronavirus outbreak in the US?

Amid the ongoing COVID-19 outbreak, MSC Cruises’ Meraviglia ship was turned away from two ports in the Caribbean because one crew member fell ill, reportedly with the common seasonal flu.

On Tuesday, the MSC Meraviglia was denied permission to dock in Ocho Rios, Jamaica and Georgetown, Cayman Islands after it was reported that a crew member from the Philippines was ill. Concerned that the man might be sick with the coronavirus amid the ongoing global outbreak, authorities at both ports turned the ship away, The New York Times reports.

The ocean liner is said to be carrying over 4,500 passengers and 1,600 crew members. According to the Associated Press, the cruise ship employee is suspected to be sick with the flu and said that MSC was “frustrated” with the double denial. Now, the Meraviglia will sail onward to Mexico, MSC Cruises said.

A news release from Jamaica's Ministry of Health and Wellness cited the man's "cough, fever and associated muscle pains" as well as travel history to a coronavirus-linked country in the decision.

“In an abundance of caution, in order to provide protection to the health and safety of the residents of the Cayman Islands, the government has denied permission for the cruise ship to call on Grand Cayman as previously scheduled,” Seymour said.

Amid the ongoing COVID-19 outbreak, MSC Cruises’ Meraviglia ship, pictured, was turned away from two ports in the Caribbean on Tuesday. (iStock)

In a Tuesday statement, MSC claimed that the sick crew member and all passengers on the ship had passed a health screening before embarking on the ship over the weekend.

“The crew member had traveled to Miami from Manila, via direct connection in Istanbul,” the cruise line said, per the Times. “He developed symptoms of common flu and tested positive to Type A influenza after he visited the ship’s 24/7 Medical Center while already on board. He has no other symptoms.”

The ship departed Miami on Sunday and was scheduled to complete a 15-day cruise of Jamaica, the Cayman Islands, Mexico, Bahamas, Belize and Honduras, returning to Miami on March 8, per an itinerary.

When reached for comment, a spokesperson for MSC Cruises offered Fox News the following statement on Wednesday afternoon:

“MSC Cruises is extremely disappointed that Jamaican authorities yesterday delayed a decision for many hours to give our ship the necessary clearance to disembark guests, despite us having provided detailed medical records to the local health and national authorities ahead of its arrival as per normal protocol,” a spokesperson said.

“Similarly, the decision taken overnight by the Grand Cayman authorities to refuse disembarkation at Georgetown was made without even reviewing the ship’s medical records, which show one single case of common seasonal flu (type A influenza) affecting one crew member with a travel history clearly showing no passages through territories either affected by COVID-19 (coronavirus) or subject to any international health restrictions. In both instances, the ship was effectively turned away simply based on fears,” they continued.

“MSC Meraviglia is currently at sea on her way to Cozumel, Mexico, her next scheduled port of call. Ship’s command and company’s management are in contact with local health authorities to ensure that their decision will be based on a factual review of the ship’s medical records, as well as consideration for the pre-embarkation screening and on board medical and deep sanitation protocols that are in place across MSC Cruises’ entire fleet,” the spokesperson offered.

“All MSC Meraviglia’s guests and crew have been screened individually upon embarkation, both in terms of their travel history as well as their health. MSC Cruises denies embarkation to anyone – crew and guest alike – who has travelled to, from or through mainland China, Hong Kong or Macau, as well as to people who during the past 14 days have travelled to, from or through any of the municipalities that are subject to quarantine in central northern Italy,” the representative explained. “In addition to this, all MSC Cruises ships also conduct individual pre-boarding screening by thermal cameras to identify guests or crew members with signs or symptoms of illness such as fever (100.4 F) or feverishness, chills, cough or difficulty breathing. This will also result in denied embarkation.”

“The crewmember who was diagnosed with common seasonal flu is in a stable condition, receiving anti-viral treatment and medication, and is now free of fever and nearly recovered,” they said. “Out of precaution he was isolated from other crew members and guests from the moment that he showed symptoms and will remain so until he is fully recovered. No other cases of type A influenza have been reported on board MSC Meraviglia.”

“Moreover, no cases of COVID-19 virus (coronavirus) have been reported on board MSC Meraviglia or any other ship in MSC Cruises’ fleet,” the spokesperson concluded. “MSC Cruises apologizes for any inconvenience caused and the disappointment to its guests in connection with the missed calls in Ocho Rios and Georgetown this week.”

As of Wednesday, the COVID-19 coronavirus has infected more than 80,000 people globally, while the death toll has risen to at least 2,700.

The news echoes the saga of Holland America’s MS Westerdam cruise ship, which was repeatedly denied entry to Asian ports amid coronavirus concerns.

After 18 days at sea, the last of the passengers aboard the MS Westerdam were allowed to disembark last Wednesday after testing negative for coronavirus.

The ship, which had previously been turned away by four Asian governments due to COVID-19 concerns, has been docked in Cambodia while those on board received medical screenings for the viral disease.