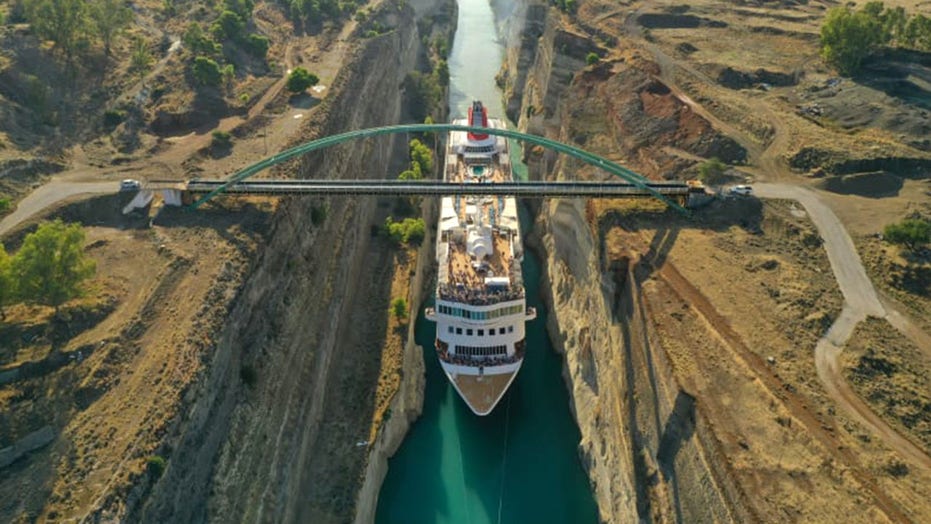 A 74-foot wide cruise ship impressively passed safely through a historic Greek canal that is 78-feet wide at its narrowest point, becoming the largest vessel to ever pass through the precarious passageway.

“This is such an exciting sailing and tremendous milestone in Fred. Olsen’s 171-year history, and we are thrilled to have been able to share it with our guests,” Clare Ward, director of product and customer service, said of the news. “At Fred. Olsen, we strive to create memories that last a lifetime, and with guests on board Braemar able to get so close to the edges of the Corinth Canal that they could almost touch the sides, we know that this will be a holiday that they will never forget.”

The Braemer had set sail from Southampton, England, and was en route to Italy for the company’s 25-night “Corinth Canal & Greek Islands” cruise, boldly traveling through the Corinth Canal to avoid circumventing 430-miles around the peninsula — and for the “sheer thrill,” the New York Post reports.

Fred. Olsen claims that the Braemar’s feat officially broke the existing record, making it the largest ship to ever pass through the waterway separating Greek mainland from the Peloponnese peninsula.

“[The canal] is an important navigational route, which once allowed ships to enter the Aegean Sea. Whilst the Canal is steeped in over two millennia of history, the structure that we now know was completed and used for the first time on 28th October 1893,” the press release explained.

Braemar’s big moment had been two years in the making, as Fred. Olsen reps coordinated with officials for the port and Corinth Canal, The Telegraph reported. Braemar Captain Jozo Glavic thanked the two tugboats that traveled with the ship, and the three Corinth Canal pilots who helped navigate through the channel connecting the Ionian and Aegean seas.

Passengers packed on to the decks for this record-breaking passage, which took just under two hours, as the ship painstakingly inched its way along the 3.9-mile canal with just a nail-biting 70cm (27.6 inches) to spare on each side.

“It was a tight squeeze but the MS Braemar made it through the Corinth Canal unscathed, what an experience! Well done to the captain, the crew and pilots on board,” one Twitter user exclaimed.

Headquartered in Suffolk, England, the Norwegian-owned Fred. Olsen Cruise Lines operates just four ships in its ocean cruise fleet, as per their website.