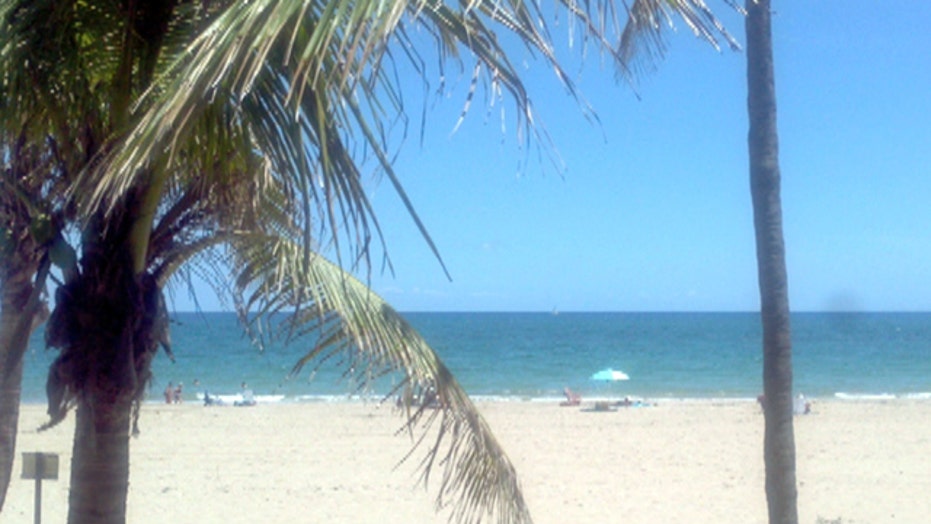 Linda Lauren is a travel psychic who advises travelers on what to avoid or where to focus when traveling.

I was a little skeptical when a colleague approached me to visit a ‘travel psychic,’ who was coming to our building.

My daughter and I were about to go on a vacation to Pompano Beach, Fla.; but I thought – what could she possibly tell me that would be informational? I envisioned her saying, “It’s going to rain on the third day,” – please, she can look that up on the Weather Channel’s website – or your plane will be delayed by an hour (which happens to travelers all the time, and in fact did happen on my trip). I’m a little leery of psychics in general – if they really exist, wouldn’t our lives be easier?

But, I decided to give it a try, at the very least, it would be entertaining.

I met with Linda Lauren and told her where we were going. I told her it was just my daughter and I – as my husband couldn’t get the time off of work. I only gave her the flight itinerary – flying from White Plains to Ft. Lauderdale and the dates of the trip. That was it.

Lauren said my daughter didn’t understand the concept of flying on an airplane – well, duh! She’s three. The last time she flew on an airplane she was barely two, and to her, it meant we were transforming into butterflies (because butterflies can fly in the sky). Who knows? Maybe she thought we would magically sprout wings and instantly be at the beach.

She did grasp the concept we would be visiting Nina and Poppy (my parents) at the beach (where she hoped to see a dolphin and a mermaid, she told me).  I suppose a dolphin encounter could’ve been possible, had we had the time to visit Miami’s Seaquarium – but a mermaid just wouldn’t happen, unless Darryl Hannah or Ariel washed ashore.

Anyway, back to the travel psychic. Lauren told me it was important to keep my daughter occupied, she might not tolerate this flying business too well. Again, I thought – that’s common sense! Most children don’t do well on airplanes. Remember the last time you flew? Wasn’t there a screaming baby among the crowd? There inevitably always is.

Next, Lauren told me I would be relaxed – like “a different person” on this trip. I would be surrounded by love. OK, she didn’t know I was visiting my parents, but who isn’t relaxed on vacation? I guess there is such a thing as a stressful vacation, but when you are flying to a destination with 80-degree weather and palm trees, stress is not likely in the forecast.

She also told me she saw me surrounded by a pink aura. To this day, I’m still not sure what she meant by that.

Lauren added she saw me surrounded by  “a lot of love” and there would be great weather. Well, I was visiting my parents, and I’m pretty sure they love me , but don’t people usually go on vacation with people they love (or at least like)? And I was visiting Florida for heaven’s sake – in April, which is notorious for its “great” weather. To me, it seemed a no-brainer.

The interesting part of my visit with Linda, was that she picked up on my desire to cross something off my bucket list on this trip. I was currently working on a project that was most definitely on my bucket list and I figured since I’d be in a relaxing atmosphere, and my parents could watch my daughter, I’d have plenty of time to work on it. OK, one point for the psychic.

The night of the flight I was nervous. It’s in my nature to be nervous, anyone who knows me knows that – and I was traveling alone with a toddler. I replayed what Lauren had told me, and I had visions of strangers glaring at me on the plane as my daughter screamed bloody murder. Not that my daughter is that type of person, but hey, there’s a first time for everything.

But, as we ascended into the sky at full speed, my daughter said (with fist pumped in the air), “ROCK STARRRRR!” She had a huge smile on her face. Soon after she got her milk and cookies from the flight attendant, she fell into a deep sleep. I relaxed, leaned back against my seat, ready to enjoy the flight.

Except for the severe turbulence, which made me extremely nauseous. Why didn’t the psychic tell me about this? I wondered. My daughter slept through the entire bumpy ride.

The trip was relaxing, and Lauren was right. I was like a different person, probably because I didn’t have deadlines looming over me, the pressures of running a household, no hour-long commute and my parents fawned over me like I was royalty. I got to actually sleep in (Poppy entertained my daughter when she woke up. He was more than happy to color with her and take her to the playground while I got my ZZZs). I watched my daughter splash around the pool with my mother, went for walks along the beach, ate ice cream outside at sundown, read my Kindle on a lounge chair and shopped my heart’s content. Who wouldn’t be a different person with that kind of lifestyle?

Unfortunately, due to unforeseen circumstances and technological difficulties, I wasn’t able to cross anything off my bucket list, though it wasn’t for a lack of trying. It was a disappointment, but I got over it when I looked out the window at the ocean waves lapping on the sand. How could anyone stay upset when they were in paradise?

The flight back home was far less bumpy, and my daughter fell asleep soon after take-off. She was excited to get home to see her Daddy, so there weren’t any temper tantrums or breakdowns, and by now, she definitely understood what it meant to fly in an airplane. In fact, there were three kids who did cry on the plane, but I’m happy to report that none of them were my child.

And so we’re home again, and a few days ago, my daughter looked at me and said, “I want to go to the airport and fly on the airplane. We can go to the beach!”