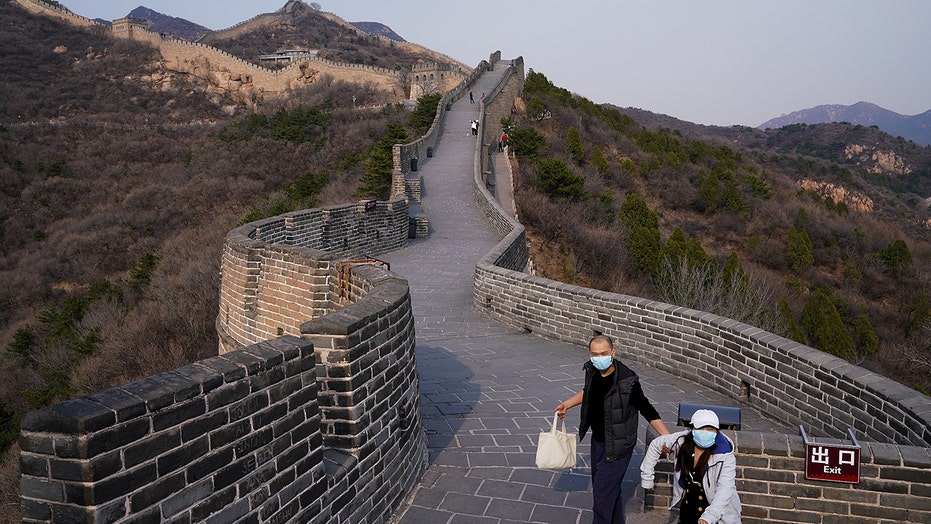 Travelers hesitant to return to skies without a vaccine: survey

Don’t veer too far off the beaten path.

Chinese officials are warning tourists against climbing the closed sections of the Great Wall, lest they hurt themselves or cause damage to the historic site in the coming days. Those who violate the rules could also face steep fines.

The message comes just ahead of China’s upcoming Golden Week, a public holiday celebrated at the beginning of October, during which domestic tourism is expected to significantly increase. The country’s tourism industry as a whole is also bracing for what could be one of its “busiest” seasons, in light of the relaxation of coronavirus restrictions, per China’s Global Times, a state-funded news outlet.

Following a temporary closure brought on by the coronavirus pandemic, parks of the Great Wall were reopened in March. (Lintao Zhang/Getty Images)

"This year's National Day holiday lasts eight days, and the number of visitors to explore the 'wild Great Wall' is bound to increase," said Yu Hankuan, the director of the Yanqing District Cultural Relics Administration, to the Global Times.

The off-limits sections, which are usually prohibited as they are either too steep, have not been restored, or are not structurally sound, reportedly attract thousands of explorers and tourists each year, many of whom refer to these sections as the “wild Great Wall.”

Anyone caught violating the mandates, and observed climbing the off-limits sections of the wall, will be sibject to fines. (Su Dan/China News Service via Getty Images)

Additional patrol officers are also being deployed to sections of the wall in the Yanquig district to report on any such behavior.

Parts of the Great Wall were also closed off to tourists earlier this year near the beginning of the COVID-19 pandemic, though some of those sections partially began to reopen in March.