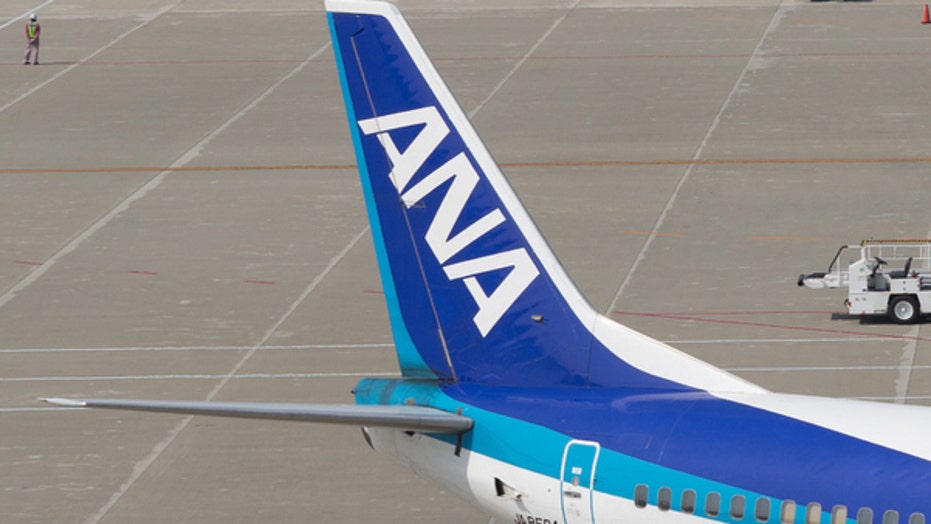 Democratic Gov. David Ige and others toured the double-decker aircraft and the airline's two $5 million lounges.

The lounges will include a first-class area that seats 70 and a second area for up to 300 other passengers willing to pay a $40 fee, which will become the state's largest passenger lounge.

The state contributed $13 million to airport improvements to ensure the A380 service started in Honolulu, Ige said.

Honolulu became the 11th city airport in the U.S. equipped for the wide-body aircraft and by 2020 All Nippon's A380 service is expected to bring an additional $285 million in economic impact and up to $30 million in tax revenue to the state, Ige said.

The airplane painted to resemble Honu, Hawaii's green sea turtle, will seat about 520 passengers. The test flight was another step toward the carrier's 2020 goal of doubling its available seats for travel between Honolulu to Tokyo.

The carrier plans to add wide-body aircraft service four times weekly beginning May 24. The carrier also anticipates adding a second A380 to the Hawaii market in July and a third in 2020, officials said.