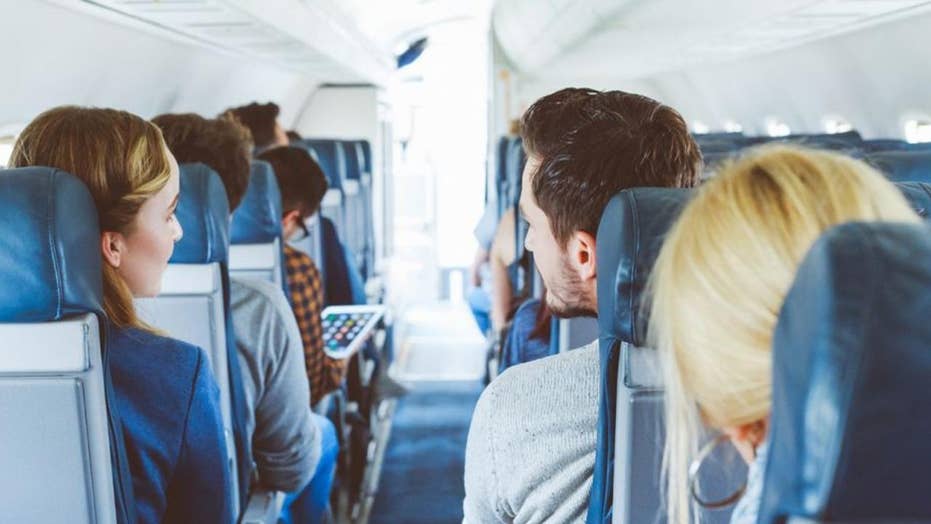 Survey: 1 in 50 people find love on an airplane

HSBC Bank claims one in every 50 airline passengers meet the love of their life in the friendly skies.

A new study from HSBC has determined that 1 in 50 airline passengers claims to have found lasting love during a flight.

The rest of us, meanwhile, are presumably just hoping we’re not stuck in the middle seat when that happens.

FRONTIER PASSENGERS GET INTO SHOVING MATCH WHILE DEPLANING

The banking institution came to its findings after surveying 5,000 travelers from 141 countries across the globe, according to Travel and Leisure.

Participants also revealed that an even larger chunk (14 percent) claims to have made lasting friendships with a fellow passenger, while a similar amount (16 percent) had made business contacts. And just over half (51 percent) of respondents say they’ve made friendly conversation with a seat mate.

Although it's possible those 51 percent were HOPING their friendly conversation would lead to a love connection, only to get horribly, horribly rejected. (iStock)

As noted by Travel and Leisure, however, the most surprising statistic may be HSBC’s findings that say and average of two sets of U.S. travelers become couples on every flight, although it’s unclear if those pairs stay as a couple for very long.

That said, good luck to all you singles flying on Labor Day weekend. And please, disregard any of the 49 nearby passengers cringing at your cheesy pick-up lines.