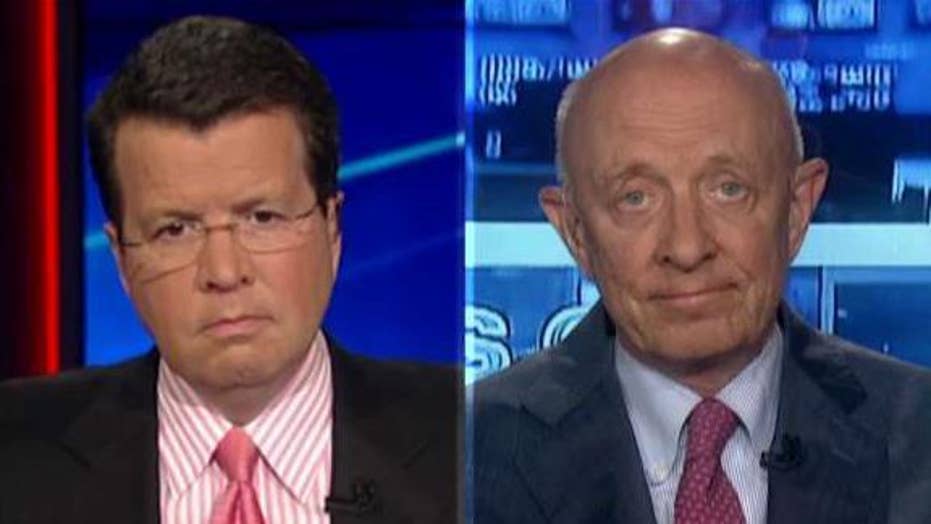 This is a rush transcript from "Your World," July 6, 2017. This copy may not be in its final form and may be updated.

NEIL CAVUTO, HOST: All right, Hamburg, Germany, the protests continue, largely peaceful, but, again, they're not going when police have told them to go.

So, remembering this from something similar with World Bank protests, IMF protests in places like Seattle and all, when the police say to go, and you don't go, it sometimes can get a little antsy. But, so far, they're just letting their views be known.

A lot of them sort of pre-registered for this event, knowing when it was coming, and got tickets to come here. So, a lot of them not just out of town, but way out of town, like across Europe and the globe, to show up for this event, a rally against pretty much capitalism and the leaders of richest countries, who they say are not sharing the wealth.

Ambassador, always good to have you.

So, it is, you know, everyone's right in these free countries, largely democratically elected countries, to do this sort of thing. But their protests right now seem to be at the growing inequities, many of them say, between the rich and poor, and that these leaders are doing little about it.

Well, you know, Mark Twain said one time, Neil, that history does not repeat itself, but it does rhyme. And we are seeing some rhyming going on here economically. Illinois can't pay its bills.

WOOLSEY: A number of the European countries can't pay their bills.

So, they are behaving very much the way Germany and some other states did in the 1920s and the 1930s. And what we have to hope and count on are national leaders to make be the case is that these peaceful demonstrations, even in a context of economic deprivation and despair, that these peaceful demonstrations stay peaceful, and people let off steam, fine.

Letting off steam is great. I used to be a protester. I think that it is-- but it -- we have to be very careful. For example, President Putin is likely to be very tough in these negotiations. And President Trump sees as a solution for a number of economic situations higher tariffs.

CAVUTO: Yes, that triggered a depression.

CAVUTO: But you touched on something, Ambassador, I think that was brilliant, as you typically do, linking what's going on in Illinois. You could extend it to a couple of other states that have been in financial duress. New Jersey comes to mind. Maine comes to mind, a host of others that are facing vast unfunded liabilities, and to say nothing of our federal government, to say nothing of all of these governments in Europe that have exceeded this sort of cradle-to-grave protections that some of them are only now trying to dewing themselves of.

So, I guess what I'm asking you is, is there going to come a moment where they -- everyone seems to realize we have overpromised, and now we have got to cut that back? Because that isn't going to go well.

What we did was not only overpromise. We overpaid to the elderly. We had very high pensions, long vacations in Europe, more than in the United States. And that has produced a situation in which now current taxpayers have to pay for that.

And, as I said, this is more of a European problem than it is an American problem, but we see it too in Illinois and so forth.

All right, Ambassador, thank you very, very much.