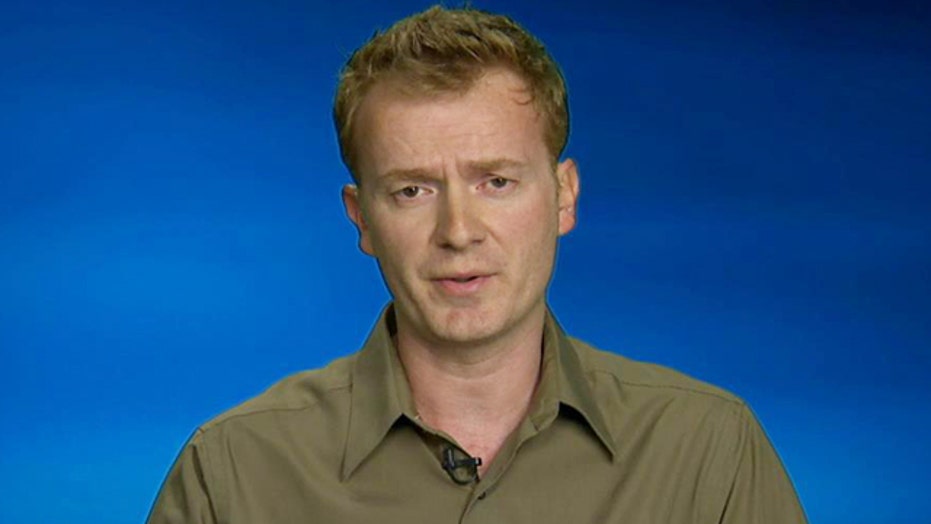 This is a rush transcript from "On the Record," May 4, 2015. This copy may not be in its final form and may be updated.

GRETA VAN SUSTEREN, FOX NEWS HOST: Our next guest is the winner of the Muhammad cartoon drawing contest. He was there during the shooting.

FAWSTIN: Thanks for having me.

VAN SUSTEREN: You were in the contest at the time the shooting went down?

FAWSTIN: Yes, I was.

VAN SUSTEREN: All right. Tell me what you knew about what was going on.

FAWSTIN: I didn't know much. I knew that one of the SWAT team members went up to the podium and told us that there were shots fired. They took us all into a separate area of the building.

VAN SUSTEREN: Why were you there? Just to compete in this cartoon contest?

FAWSTIN: Yes. I have been drawing Muhammad for years, and I heard about the contest and I just took it upon myself to take part in it. It's an important thing. It's about the freedom of speech, which is deadly important especially right now. It's under siege by the Islamic enemy, by the left, by some on the right. And it is in constant attack. We're being told that we shouldn't do this, we shouldn't do that and we have the right to do that. And we need to express that right, especially right now.

VAN SUSTEREN: Were you worried, going to this event?

FAWSTIN: Sure. I definitely am. I understand the threat that we face and that's why I do what I do. It's not like I don't do it -- I don't refuse to do it because of the threat. I do it because we are being threatened. It has to be fought head on.

VAN SUSTEREN: All right. Are you worried coming on tonight because frankly when I was told that you would join us tonight I wondered, you know, does he want to be public about this?

VAN SUSTEREN: You said the SWAT team, was there security there when you arrived --

FAWSTIN: Yes, there definitely was.

VAN SUSTEREN: There was anticipation that there could be trouble?

VAN SUSTEREN: What was the level of security?

VAN SUSTEREN: All right. Now, you say I know that you won. How is this contest run?

FAWSTIN: Well, it's -- I heard about it online. I think Breitbart.com advertised it. And I decided to take part in it. Again, I have drawn him, you know, ever since -- I never set out to draw Muhammad. I never set out to become a critic of Islam until post-9/11, until the Danish cartoons. That's when we were all forced into this defense of free speech. We have to defend it, as artists, as writers, as thinkers, and people who love freedom in the entire West. We need to hit back with, not with violence, with the truth, with our arts, with our writing, and this -- you know, we can't be cowed by this. Because once that goes, once free speech goes, it's over.

VAN SUSTEREN: How many people were there participating in the contest?

FAWSTIN: You mean at the event, the audience? There was a couple hundred.

VAN SUSTEREN: Yeah, how many submissions?

VAN SUSTEREN: Is that how many attend or how many submissions in the contest?

FAWSTIN: How many submissions in the contest? But the attendance was probably a couple hundred, 200, if not more.

VAN SUSTEREN: Bosch, thank you very much for joining us.