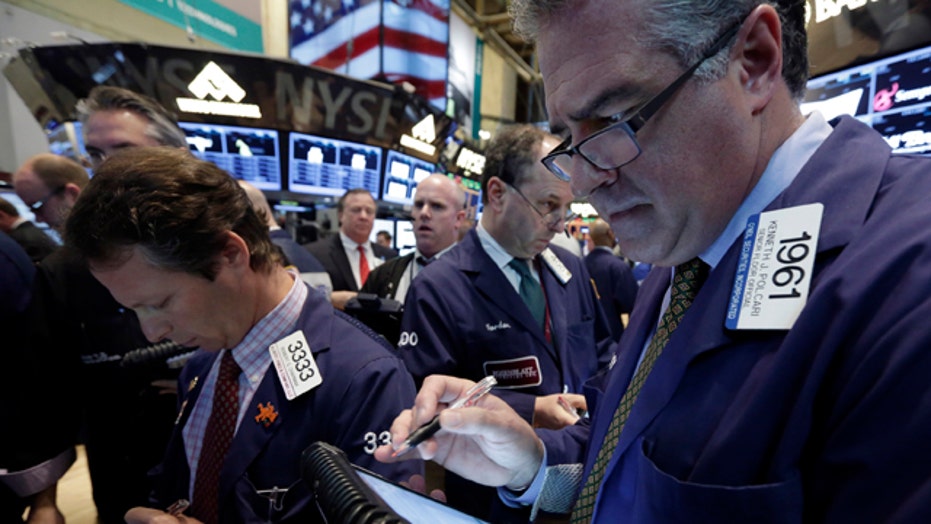 Questions over potential impact on markets

DISCLAIMER: THE FOLLOWING "Cost of Freedom Recap" CONTAINS STRONG OPINIONS WHICH ARE NOT A REFLECTION OF THE OPINIONS OF FOX NEWS AND SHOULD NOT BE RELIED UPON AS INVESTMENT ADVICE WHEN MAKING PERSONAL INVESTMENT DECISIONS. IT IS FOX NEWS' POLICY THAT CONTRIBUTORS DISCLOSE POSITIONS THEY HOLD IN STOCKS THEY DISCUSS, THOUGH POSITIONS MAY CHANGE. READERS OF "Cost of Freedom Recap" MUST TAKE RESPONSIBILITY FOR THEIR OWN INVESTMENT DECISIONS.z

Does history show White House "scandals" are good for the market and the economy?

It depends. The hearings this week started off with fireworks. They're going to continue. No doubt about that. If we look at some of these scandals (Watergate, Iran Contra, Monica Lewinsky) the economy did well throughout all of those; the GDP was up for the most part. Toward the end, Watergate was a complete meltdown. That's what happens when the president leaves in that kind of disgrace. I will say there's a good side to this, too. The idea of stopping the anti-business agenda of this administration--I don't think the market is unhappy with that.

Watergate was in the middle of stagflation, Arab oil embargos. Monica was in the middle of the tech boom. I don't think it matters that much. I don't think this scandal imperils the presidency. The market doesn't care about the president --only the head of the fed. They're printing money. That's what this market cares about. If Obama resigned tomorrow, the market would probably do nothing.

I worry what this IRS scandal symbolizes about the future of this country, of this unwieldy government, of unsupervised bureaucrats, of a government that's gotten so big with overweening politicians, and that's how our taxpayer money is being spent. I don't know what will reverse that. It is not an environment where this country can prosper, where this country can continue to grow, and it foments the desires of the American people to start new businesses.

Watergate was a totally different situation. First of all, the media was against the president. In this case, the media, for the most part, is for the president and is laying down their lives to defend him despite a slight showing of rebellion in the White House press room. In Watergate we were facing very big inflation and stagflation because of the Arab oil embargo. Demand was falling rapidly. Earnings per share were falling rapidly. That's what the market cares about. It doesn't care about humiliating Mr. Obama. It wouldn't care one bit if Mr. Obama left and Mr. Biden took over and chuckles the clown took over after him. It cares about earnings per share, adjusted for inflation compared with other investments. These earnings have nothing to do with that.

Nixon probably could have survived if it didn't turn out that his fingerprints were on the problem, and I think that's the critical difference. President Reagan was never plastered directly with Iran-Contra. Clearly President Obama is not directly involved in any of the "scandals" yet. Benghazi is not a scandal; it is incompetence and malfeasance - whatever you want to call it. The IRS has low level people that acted badly.

Obviously these companies are getting strong armed. It's a huge conflict of interest. It almost seems political, that it should be along with campaign finance. This is a whole political thing. You're essentially forcing businesses to turn over contributions to promote a political agenda, which is health care.

We have no idea how much this thing is going to cost ultimately, and health and human services doesn't have enough money to implement the exchanges. Congress has said no. They've been dipping into other parts of the health care law like the prevention fund. Health and Human Services have taken a half a billion dollars out this year for that purpose. They have no control and no idea what the ultimate costs will be.

It's so wrong on both levels. People are sort of seeing this kind of stuff coming. Lobbyists wrote this. We saw waivers for certain corporations and certain unions. Insurance stocks blew up a month ago because all of a sudden things weren't so bad for them. Believe me, there's a wink and a nod here. The people that should be really upset about this are the people watching the show. Ultimately we'll bear the brunt of this.

I don't love this. I'm not going to be a cheerleader for what she's doing here, but I hate to be forced into the position of being the Reagan optimist, as I so frequently am on this program, and point out to you that we have a long history of cooperation between the government and the private sector. The military works with private groups to support our armed forces. The FAA works with airplane manufacturers.

Fast food workers backed by unions walking off the job in Milwaukee, calling for a 100% pay hike and the right to unionize

I think they're cooking up trouble for themselves and their workers. I think what is going to happen is they will get replaced by other workers that will work for more normal pay. And they are asked to be thrown out in the streets. This is trouble making by people who don't understand economics or how the world works.

It is a low-margin business and American people want cheap fast-food. If they are unionized, it means fewer jobs for everybody.

My only point is that people that flip hamburgers for 12 hours with all of that grease and grime, I don't have a problem with them making a few more bucks. If they overshoot, then the free market works.

These people are being led down the wrong path - the idea of paying twice as much for a free market wage that you did not earn. They don't understand it. Most of these people think that the top line revenue is what the management puts in their pocket. Detroit is $300 million in the hole, the state took them over, because the city went on this progressive ideology; heavy-handed unionization, they overpriced themselves, not only pricing themselves out of the car market now the industrial markets. The city is dying.

First of all, we don't know the right rate is. Secondly, I don't see why we are blaming the unions for recruiting more members; that's what any organization wants to do.

Stocks our guys are buying with their own money.