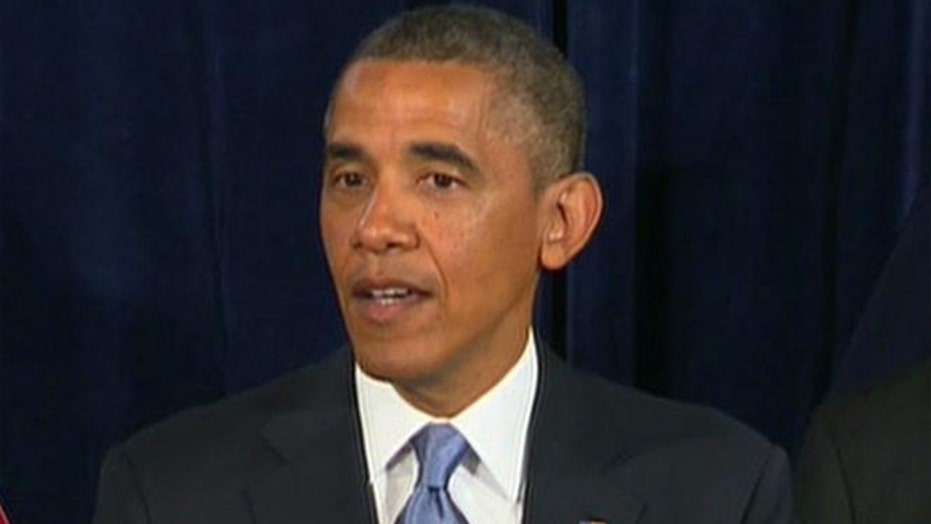 Implementation of health care law could add pain to recovery

John Layfield: I say this is typical of politicians. This has gone on since Andrew Jackson and FDR. They find the business owner to blame. It's the easiest thing in the world. You pass a law that is unfavorable. They think, hey, this is going to be free. It's not free. It will cost all of you. Business owners are saying if we have to pay an extra $5,000 per employee, if we have 30 employees, $150,000 is all we make per restaurant that we have. They cannot afford this. What does the President do? He turns and blames the small business owners that create 50 percent of the jobs. Insane, but typical politics.

Gary B. Smith: I scratch my head on this. He's saying the reason you are feeling the pinch is because those bad employers, the only ones we have out there creating jobs, are passing the costs. Where does he think the costs would go if they weren't passed on? They'd vanish? Oh okay, we didn't pass them on to employees, so there is no extra cost to Obamacare. The CBO said the Affordable Health Care Act will cost the country 800 thousand jobs. That was the original estimate. Now, we can expect it to cost more jobs. Loss of the jobs is already starting to kick in as employers have the first goalpost, if you will, this coming January. This will hurt the economy.

Meredith Whitney: This is unfortunate. The costs going up are the ones passed on to the employees, as far as Obama articulated. You think he would have a concession for the small businesses, some type of tax credit to mitigate the rising cost of Obama care. But effectively, costs are just rising. Businesses are expected to eat it. Until we have forced rule here, that is just not going to fly with American businesses.

Tobin Smith: President Obama doesn't get this. He doesn't get what risk-taking is and how, when you pass this abominable law, what else do I do? I absorb this cost? C'mon!

Jonas Max Ferris: Business owners are getting a tax deduction. It's still deductible to give someone insurance. If you give them more insurance, then you get a bigger tax deduction. It's more health care and better healthcare than most people already have, so obviously it's going to cost more on some level. When more people have insurance than before, and the average quality of it is going to be higher. Now, some people might see a trim-down of the quality, but most people are going to see more benefits. Just a little thing like not being able to kick out people with preexisting conditions is more coverage. That means people are going to pay more, employers are going to pay more, and taxpayers are going to pay more. That is how it will be shared. Everyone is going to pay this additional cost. Have we seen examples yet of companies not hiring people because of it? We just saw job figures come out this week. They were okay; not very great, like all the ones of the last few months. And yet, retailers and restaurants were hiring the most, and the government was hiring the least. That flies in the face of what we're talking about here because government workers; they don't care. They already get health insurance. That's not an additional cost because of this plan. They're already covered. And retailers and restaurant owners have low coverage-40 percent of them have insurance compared to 60 across the private sector. So why are they hiring more in the face of this new regulation? It doesn't make sense.

Gary B. Smith: If you conducted business with a secret e-mail account, you would be fired. Why? There is no audit trail. Say I work for the Defense Department, and I had a secret e-mail account where I was selling secrets to North Koreans. Guess what? I couldn't be caught. I go to the local Starbucks and sign on. There is no audit trail. That is the problem with this. You can't find out who the wrong-doers are and when they are doing wrong things. This is unacceptable.

Tobin Smith: In a public company, whether you're inundated with spam or other things, you have to keep two years of e-mails. Why? Not only for auditors, but also for security, for compliance, for other risks. Why is it that that a public company has to be under this constraint, yet if I'm the right guy in the Obama administration, I can have a private account. It's hypocrisy at its worst.

Jonas Max Ferris: I don't know how big of a corporation Tobin works in, but if I send Bill Gates at Microsoft an e-mail, he probably won't get it. He probably has eight addresses, some of which are only known by Steve Ballmer and top executives. The President, I would think, has several e-mails. We don't know if they're all secret. They can audit all these e-mails. It's not like its some special Russian server that no one knows where it is. And by the way, back to the private sector; you don't think they send e-mails from a Yahoo account every once in a while during the work day? That's a private e-mail account.

Meredith Whitney: Most corporations don't allow you to access Yahoo! or Gmail on the corporate hour or on the corporate server because they have to protect the house. So everything is audited. Every business does this. Not only audited, but reviewed by regulators. Nothing should be sacrosanct as separate from that. It smells funny if it's not for national security. Anything beyond that seems like special treatment.

Jonas Max Ferris: The actual dollars wasted there-I would say they brought that junk from home. That is insignificant; let's not talk about the taxpayer dollars. To Tobin's point, it sounds like they caught him. It wasn't some secret email thing. They busted him, so there you go.

Gary B. Smith: It wasn't just two RCA TVs sitting there; they had unopened inventory, piles and piles of it. As Tobin pointed out, they found it. But do you think only at the EPA are they goofing off? No; multiply this by like 100 thousand across every government agency around. The government spends $1.3 trillion in these agencies they have. So multiply this instance by what? 100 thousand. That's how much waste and fraud you have from a couple of guys goofing off.