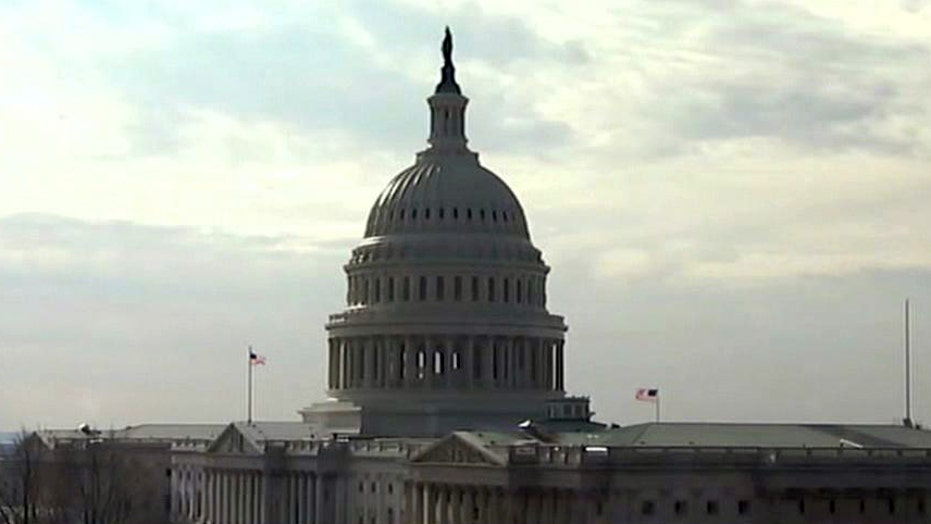 CHARLES PAYNE: I guess it's probably going to happen this weekend as people peruse their checks and say, "Hold on! Was Warren Buffet talking about me because the payroll tax has gone up!" I thought there wasn't going to be a tax increase on everyone. I was shocked that the President didn't fight for that, but to your point this is at the very tip of the iceberg. People want bigger government. You say it's okay, you want larger government and you think it's fair and nice. A hundred billion a year maybe on food stamps and it all costs a lot of money. By the way, this administration envisions some sort of utopian, socialist society where government does so much. It's a volcano that's hungry and needs human sacrifice.

GERRI WILLIS: Charles is exactly right. People making fifty thousand to seventy-five thousand - they're going to be paying an additional thousand dollars in taxes. You know, the President promised and he said, "I'm going to raise taxes on people earning $250,000." He is doing it and how's he doing it? By eliminating and scaling back deductions and personal exemptions. Mortgage deductions and whatever you want to take - you're going to have to think twice about it now.

BEN STEIN: A default - I don't know if it's going to be in the next few years, but I think we are looking right down the gun barrel on a genuine government default. The spending is so out of control. I've been saying, as you know, that we've got to raise taxes on the rich. Now, it's too late for that. I don't see any option beside a drastic default and then drastic cuts in the spending. The situation is dire. I never thought it would get this bad.

ADAM LASKINSHY: We didn't miss any opportunity because we're going to get another chance in about two months.

CHARLES PAYNE: Al Gore has one of the biggest individual carbon footprints in the country and he's the guy who says he can't stop eating meat even though he says he knows there's a connection between all the animals and pollution. These guys get a free pass. I think Americans are phony. Business owners who fly private jets are villains, but let's say that Bono flies a jet - then, he's still a cool guy. Athletes and actors are cool, and all these guys get free passes. Al Gore gets a free pass for being an absolute one hundred percent hypocrite. We've passed these stupid laws based on envy and jealousy and the people who are fanning the flames of hatred are the ones who should be just as guilty as anybody else.

GERRI WILLIS: Don't be so hard on him. He's the king of the internet. He has a great track record!

BEN STEIN: It's incredible that the double standards used on liberals and conservatives in this country are breath taking. It's not just entertainment and athletic people, but it's just the left and right. The right gets hammered and the left gets away with everything. I know we're supposed to keep this about money, but I keep thinking that Al Gore got eighty percent of the Jewish vote when he ran for President. I wonder how he felt about that. I don't think Aljazeera is a particularly friendly network to the state of Israel. I wonder if he gave that any though whatsoever, but at the end of the day it's really just the politicians who are all about money and are just the same as everyone else.

CHARLES PAYNE: Michigan and specifically Detroit is a vast wasteland right now in so many different ways. This is in part because unions ran the state into the ground. It's really sad and this is a crazy thing. Unions are essentially saying, "We don't care about the general populous. It's all about us." It's going to backfire and I think they're going to have two big zeros back to back.

BEN STEIN: The unions basically have no economic power in this country except for very limited and rare circumstances like working in ports. They try to collect their money and use it to get political muscle. I think the days for the unions have passed. I hate to say that. I am a union member and I love my unions, but I think in general that the days for unions are over and I think that this is the last hoorah for unions trying to use political power play. Fifty years from now if there is still an America, which I pray there is - unions will be looked upon as sort of a quaint artifact.

ADAM LASHINKSY: When all the states are right-to-work states then that won't be an option available to governors. I don't like recall votes the same way I don't like ballot initiatives. I think these politicians should have the chance to serve out their term except in extraordinary circumstances, and then vote them out if you don't like them.