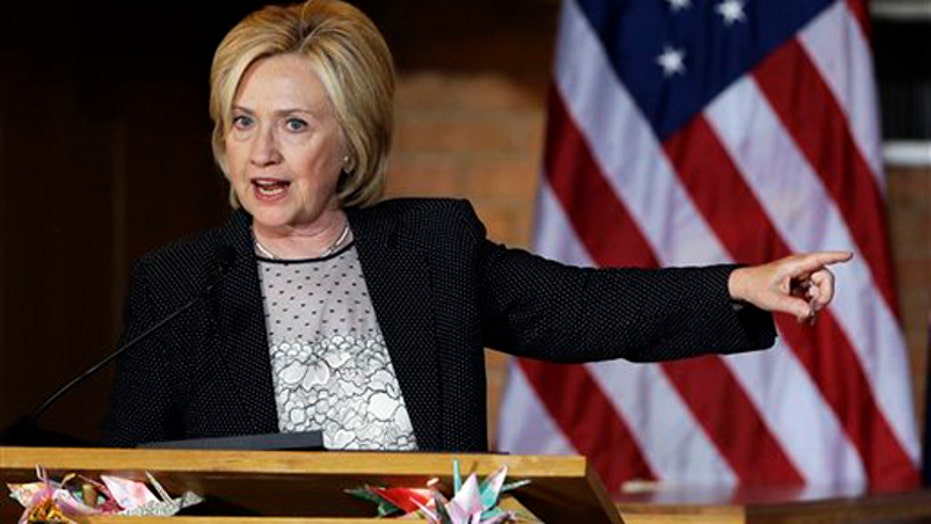 This is a rush transcript from "Special Report," June 26, 2015. This copy may not be in its final form and may be updated.

SHANNON BREAM, GUEST ANCHOR: All right, we have another topic today that we want to make sure we cover. Ed Henry reporting on emails that have surfaced regarding Hillary Clinton, suggesting maybe not everything has been turned over.  There's a mismatch between what the State Department has and what the House committees investigating Benghazi have. Charles, what do you make of it?

CHARLES KRAUTHAMMER, SYNDICATED COLUMNIST: Look, Hillary said she turned over all her work related emails. Here are a group of emails clearly work related she did not turn over. It's either a mistake or she lied. Given her history, and I would quote William Safire writing about her 20 years ago, he called her a congenital liar. I think the weight of evidence would suggest that it was probably a lie.

BREAM: Well, Steve, we're not seeing a huge dip for her in the polls, a little bit, but not anything that suggests she has lot frontrunner status.

STEVE HAYES, THE WEEKLY STANDARD: I think she will have to answer questions. And as troubling as these omissions are, there are still these three gaps that the Benghazi has identified, gaps in Hillary's email production, major gaps, sometimes weeks at a time, with no emails from Hillary Clinton at precisely the time you would expect there to have been many emails because it was heavy Libya policymaking. This is the beginning of this story, not the end.

BREAM: All right, and now, because this is the lightning round, we are going to get winners and losers. We're going to start with you, Chuck.

CHARLES LANE, THE WASHINGTON POST: My winner this week is President Obama because way back at the beginning of this incredibly eventful week he got approval of his trade agenda through Congress. That would have been the story of the week in slower news week, but I thought it was worth bringing up. In addition, he also received validation for Obamacare from the Supreme Court.

My loser of the week Jefferson Davis, who of course was a loser in the Civil War and deservedly so, and now he is a loser again because his flag taken down all over the south and his statue removed from the state capitol in Kentucky.

HAYES: My loser is Republicans who have privately gone to reporters and expressed relief at the decision on Obamacare. If you have no interest in actually changing the policy or improving what's happening in our healthcare system, you shouldn't be in Washington. You shouldn't be in elected office.

KRAUTHAMMER: Yes. The loser is the constitution, one case which permits the judges to rewrite laws, second to invent right. The winner of the week, Bernie Sanders, eight points behind Hillary Clinton in New Hampshire, and great hair, white Einsteinian.

BREAM: And he's very demonstrative, too.