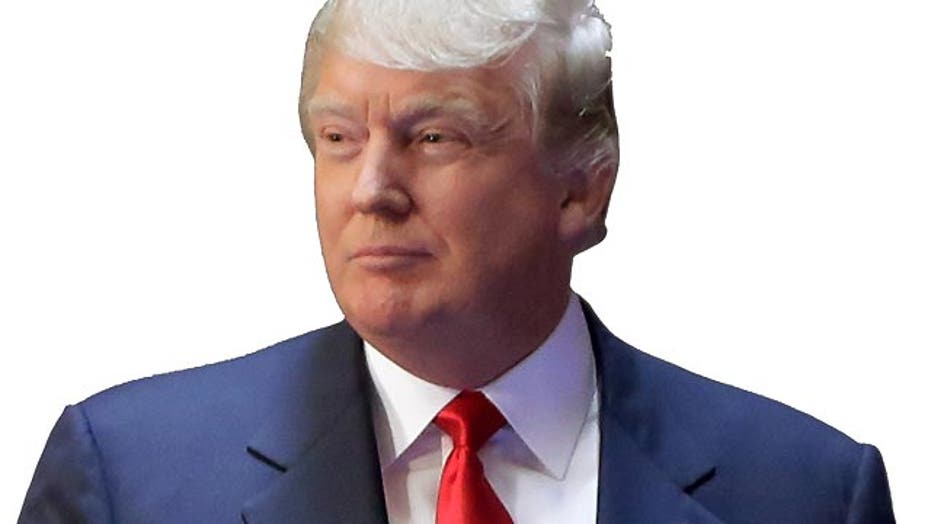 This is a rush transcript from "Special Report," June 16, 2015. This copy may not be in its final form and may be updated.

DONALD TRUMP, PRESIDENTIAL CANDIDATE: Ladies and gentlemen, I am officially running for president of the United States. And we are going to make our country great again.

DOUG MCKELWAY, GUEST ANCHOR: And now there are 12 GOP candidates officially running for president of the United States. But none are quite like Donald Trump. There are some who would dismiss his candidacy as a stunt. But certainly none bring in more ego than Donald Trump if not lack of experience in a presidential run. But even overly cautious politicians would have to admit that this guy's bringing a sledgehammer to the battle.

Charles, you want to start off?

CHARLES KRAUTHAMMER, SYNDICATED COLUMNIST: I guess you could put it that way. A sledgehammer to the battle. We -- look, I thought that this was -- it would be rather analytical overkill to go -- to parse the actual things he said. I think it was great showmanship, stream of consciousness.
I think his single most important statement was, I am very rich. That's the basis for the campaign.

But you know, look. You say, can you take him seriously? Can you really take seriously a candidate who says, Mexico is not our friend. It's sending us immigrants who are criminals, drug dealers and rapists, although, and this is my favorite part, he says, quote, "Some I assume are good people." I assume.

I assume. I can assure you one thing. The mainstream media who wish the Republicans no good will lavish upon him enormous coverage.

MCKELWAY: And on that note I would like to read a statement from the Democratic National Committee. I think there's a touch of sarcasm in this. They said, "Today Donald Trump became the second major Republican candidate to announce for president in two days. He adds some much-needed seriousness that has previously been lacking from the GOP field. And we look forward to hearing more about his ideas for the nation."

MARA LLASSON, NATIONAL PUBLIC RADIO: I actually disagree with Charles on one thing. I think this is Donald Trump's biggest day. And he will be ignored from henceforth. Actually I hope he will. I think the Republican field is big and serious. It just has a kind of bottom feeder type tier to it and he's in it.

MCKELWAY: Let's take a look at some of the issues that he has taken a stand on, albeit in a very cursory fashion. He wants to repeal, George, "the big lie" -- ObamaCare. He's opposed to the Pacific trade deal, although he does say that he is a free trader. He would demolish common core education, rebuild the nation's infrastructure, rebuild the military, stop Iran from getting the bomb.

And he would stop illegal immigration from Mexico. And he said he was going to have Mexico pay for that, which was curious. But then he elaborated on that in an interview with Bill O'Reilly which has yet to air, will air tonight. And the O'Reilly folks gave us a little snippet of that. Listen up.

BILL O'REILLY, HOST: I actually laughed when you said you're going to build this giant wall from San Diego to Brownsville and the Mexicans are going to pay for it. The Mexicans aren't going it pay for the wall.

TRUMP: Let me tell you. The Mexicans are the new China. What they're doing to this country --

O'REILLY: They're not going to pay for the wall.

TRUMP: You have to let me handle that, OK?

O'REILLY: Well, tell me how are you going to make them for the wall?

TRUMP: Because they are ripping us so badly.

TRUMP: Because I'll cut off -- I'll start charging for their product coming into this country. Mexico is living off the United States.

O'REILLY: So you try to strangle them economically unless they pay for the wall.

TRUMP: They will pay for the wall. And the wall will go up. And Mexico will start behaving.

GEORGE WILL, SYNDICATED COLUMNIST: The immigration of Mexicans has been for at least five years either zero or negative. I don't know where Mr. Trump has been. He's been drowned out I guess by the sound of the great sucking sound that was supposed to occur from Mexico. That was what we last heard from a billionaire who wanted to be president, that was Ross Perot.

His desire to put his considerable money where his even more considerable mouth is part of an American tradition. In 1904, another rich megalomaniac named William Randolph Hearst decided that he would seek the Democratic presidential nomination. He finished a distant second to the forgettable Alton B. Parker who was then thrashed by Teddy Roosevelt.

In the 1920s it was interesting getting Henry Ford to run for president. He wasn't very interested. But in 1923, a "Colliers" magazine poll which is a big deal back then had him leading all other candidates of both parties for the presidency. In 1940, a genuine serious businessman, Wendell Willkie, head of a giant utilities holding company, got the Republican nomination, ran a very credible race. But that's a rarity.

In the 1980s, Lee Iacocca who gave the country the Mustang which is more than anyone can say for Donald Trump had rescued Chrysler from one of its recurring near-death experiences was suggested as president. Iacocca said go away, I'm not interested.

So this is a recurring American fever. What makes Mr. Trump particularly interesting is, A, he's very injurious to the Republican Party because he takes in some ways the most interesting field since the Republicans first fielded a candidate in -- in 1856 and makes it look silly. Second, the Republicans are going to have to come to terms with the fact that he's given lots of money to Democrats, including money to Nancy Pelosi in 2006 when she managed to become speaker.

But we're going to learn here the declining utility of political dollars. You just can't buy things in this country this way. And remember that the entire marketing genius of the Ford Motor Company was put behind the Edsel. He is an Edsel.

MCKELWAY: There is an inherent contradiction which he's expressed in these two interviews already. He says that he is a free trader but he says that he would tax imports from Mexico, that's how he'd pay for the wall. That's a tariff, which is not being a free trader.

KRAUTHAMMER: Look. I do think it's overkill to actually overanalyze all of his ideas. The contradictions were flying around that room every second. You could give a logic class just analyzing what he said. But his thesis is this. And I do think it has some resonance. All of our troubles are caused by Mexicans, Chinese, Japanese, Saudis and others. I am going to extract tribute from all of them.

Look, this is a campaign that's run on no nothing xenophobia. It's all -- it's not American productivity, it's American troubles internally, it's not our deficits, it isn't our debt, it isn't our entitlements. It's none of it is our fault. We've been robbed. And because I know how to negotiate, I will stop the robbery. That has some appeal. It will keep him in the top 10. It will keep him on the stage.

But George is right. It will damage the party because like, say an Al Sharpton or even a Ross Perot having those kinds of people on the stage who aren't really serious candidates diminishes the stature of the others who are.

LLASSON: To a Trump run for president? I don't see any. Except if the debate rules stay the same and there are going to be these two debates, he won't be on the stage with the major candidate.

KRAUTHAMMER: His one redeeming characteristic? He is very rich.

MCKELWAY: Well, there's an interesting point about that. There is that old truism that a rich person cannot be bought off by special interests.

KRAUTHAMMER: Yes. But look. I mean, if that's your basis for running, then I think what you want to do is to go around the Wall Street that everybody appears to be railing against and pick the top 20 have them become candidates. It is true that you're insulated from the corruption.
But it proves nothing else. Nothing else. And that's why I think it's a rather absurd basis to run for the presidency.