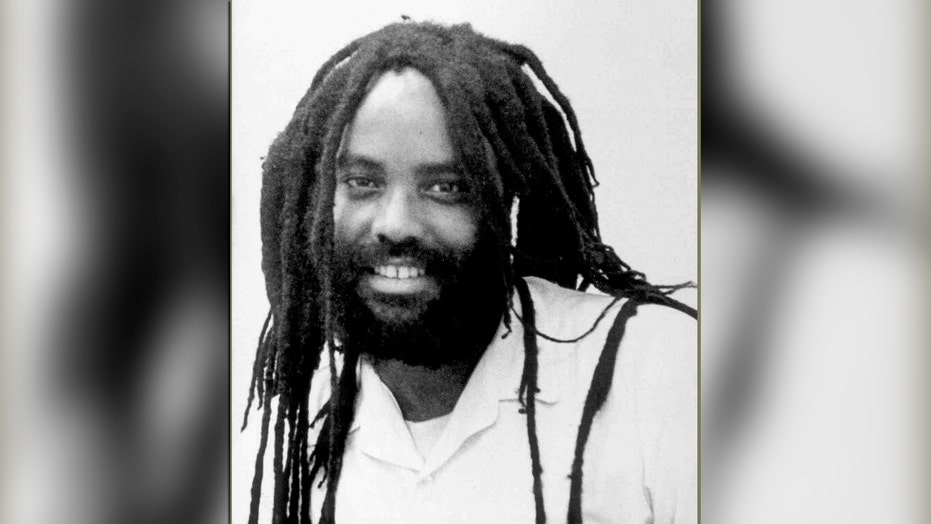 This is a rush transcript from "The Kelly File," September 30, 2014. This copy may not be in its final form and may be updated.

MEGYN KELLY, HOST: Controversy on a college campus after students selects a convicted cop killer as their graduation speaker.

Mumia Abu-Jamal has spent decades behind bars for murdering 25-year-old police officer Daniel Faulkner. In moments, we will hear from his Daniel's widow as well as a school representative.

TRACE GALLAGHER, LOS ANGELES: Megyn, it was during a traffic stop in December of 1981, Philadelphia police officer Daniel Faulkner was shot in the back by Wesley Cook, now known as Mumia Abu-Jamal. Faulkner fired back striking Abu-Jamal, but as the officer lie wounded, three witnesses testified that Abu-Jamal walked over to Faulkner and fired four shots point blank. Abu-Jamal was arrested wearing a shoulder holster. The weapon with five spent cartridges was by his side.

He was convicted by a jury of 10 whites and two blacks, the same jury sentenced him to death. Abu-Jamal became one of the world's most famous death row inmates with supporters claiming he was innocent. The court of appeals and the U.S. Supreme Court begged to differ, upholding his conviction, though his death sentence was eventually vacated because the jury was improperly instructed.

He now is spending the rest of his life in prison, Megyn.

KELLY: Trace, thank you. Joining us now, Maureen Faulkner, whose husband Daniel was just 25-years-old when he was shot repeatedly at close range by Mumia. And a Dustin Byerly, associated director of advancement and alumni affairs at Goddard College, he is also a Goddard graduate. But we begin with Maureen. Maureen, your reaction to this invitation.

MAUREEN FAULKNER, WIDOW OF POLICE OFFICER DANIEL FAULKNER: Megyn, I am just absolutely outraged that they would have such a hate-filled murderer on as a commencement speaker.

I mean, this man -- he murdered my husband with malice and premeditation. He is evil. What does he have to offer on any commencement of any kind of enrichment with these people, young people --

KELLY: I'll tell you what the school says. The school says he's an award winning journalist who chronicles the human condition. Then they mention that he was a resident of death row for 29 years before being moved into gen pop. But he hosts the nationally syndicated prison radio show and his murder trial has been the subject of great debate. Maureen.

FAULKNER: Well, all I can say is he is a murderer and he should not -- he lost his voice when he put a bullet between my husband's eyes. And I still do not understand this justice system and why they are allowing him to speak. They are saying it's his constitutional right? And from what I understand, the Justice Department is actually -- in Pennsylvania, the DOJ in Pennsylvania are saying they are so sorry that, you know, this college is allowing him to speak. Why doesn't the justice system say he's not able to speak? I was told back in 2011 --

KELLY: These graduates want to celebrate their commencement from college by listening to a man who killed -- who gunned down your 25-year-old husband like an animal.

FAULKNER: Not to mention that he graduated from that college in 1996 and got his bachelor's degree.

FAULKNER: Yeah. While he was on death row.

KELLY: Did Daniel ever graduate from college?

KELLY: Was he able to graduate?

FAULKNER: My husband was in community college. He was getting ready to graduate with his bachelor's degree when Mumia put a bullet into his back and then between his eyes. But does anyone talk about that? No.

FAULKNER: This is what's wrong with our society, Megyn. You know, there's a saying and it says all that is necessary for the triumph of evil is that good men do nothing. And that's why we must speak out on our discontent on this murder speaking at this commencement.

KELLY: I want to bring in Dustin Byerly who is with Goddard College and helps as a liaison with the students.

Dustin, your reaction? Can you understand how she feels?

DUSTIN BYERLY, GODDARD COLLEGE GRADUATE: Thanks for having me on the show, Megyn.

Yes, I spoke with Ms. Faulkner this morning and we had a polite dialogue and talked about this for quite a while. What I would say is that Goddard College's approach to education is always started with the individual. We have an individualized approach to education, so when a student comes to the college we ask them what they're interested in, what they are passionate about, what they want to study and we help them.

KELLY: All right, all right, all right. I get it. I realize it's a strange institution. They promote radicalism. They say every graduate is a valedictorian. That's right off the website -- it's one of those places. But you heard what she said. This man who you guys are having on your college voice as your commencement speaker put a bullet in between the eyes of a police officer.

BYERLY: I understand your point, and it's a valid point. Our graduating students had decided that they wanted Mumia to be their commencement speaker at this graduation. It's the college's policy that we don't oppose.

BYERLY: Because that's our policy as a college that advocates for complicated dialogue around complex issues.

KELLY: What dialogue is there going to be? Who is going to represent Maureen's side?

BYERLY: I've been fielding requests all day from the press and I've been talking about people all day on both sides of the fence and the issues of race and race relations, and how we deal with our population.

KELLY: It's not about race relations, it's about cop killing, and whether that man who was sentenced -- he was sentenced to death, he got off death row on a technicality, now he is serving a life prison, has the right to have this sort of a pulpit to talk about revolution -- this is what he said in another speech he gave recently -- and talk about how he believes yet again that the police -- let me get it -- white juries are still sending blacks to prison and cops are still treating black life as a cheap commodity. He is the one who treated life as a cheap commodity. He is.

BYERLY: That may be your opinion. That's the opinion of many people.

KELLY: Including the jury and the Supreme Court.

BYERLY: There are people on both sides. Obviously, there are supporters and detractors. It's not my position nor the college's position to take a side either way.

BYERLY: And that doesn't remove the students' right to select their own commencement speaker and hear what he has to say.

KELLY: No one is arguing the right. I'm looking for the reason. Reason.

KELLY: Dustin, I appreciate you coming on. Thank you for being here.

BYERLY: Thank you so much, Megyn.