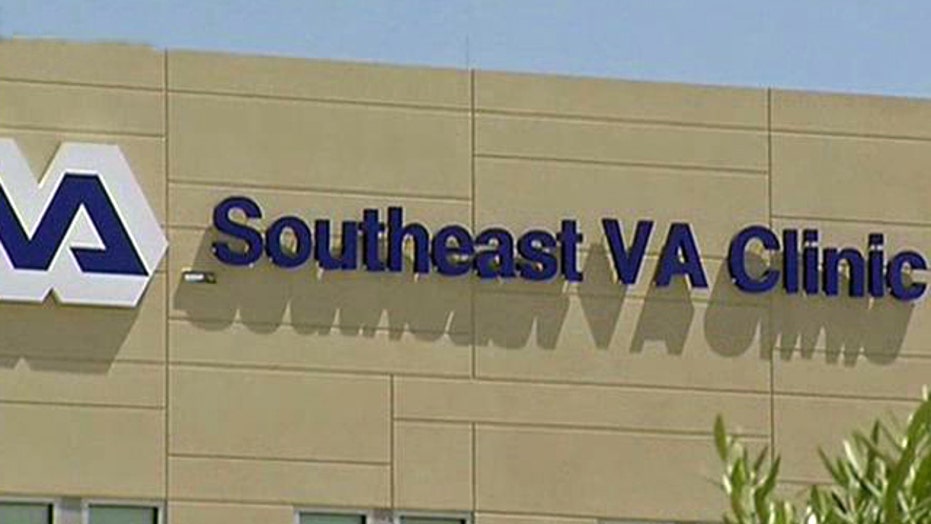 Why was nothing done? GAO aware of VA problems

Analyst reacts to the controversy

This is a rush transcript from "The Kelly File," May 27, 2014. This copy may not be in its final form and may be updated.

PRESIDENT BARACK OBAMA: We have to find out first of all what exactly happened, and I don't want to get ahead of the IG report or the other investigations that are being done.

MEGYN KELLY, HOST: That was President Obama last week saying we must wait for an inspector general report about failures at the Veterans Administration until he can fully respond to this scandal. Really? Because the president's own GAO -- or Government Accountability Office -- has been detailing this behavior in the VA for years, even testifying before congress about it.

Debra Draper did just that in her role as the director of health care at the GAO, a position she's still holds. Debra, thank you for being here.

And so, when we look into the history of the warnings that your group has raised in addition to other inspector generals we've looked into this, we were stunned. I mean, 2012 your group told the government, told the administration and Congress that they were hiding wait times, fudging the numbers and back dating appointments to meet timeliness goals set by department headquarters. So, what's new?

DEBRA DRAPER, DIRECTOR OF HEALTH CARE AT THE GAO: Well actually GAO has been reporting on wait time problems and outpatient appointment scheduling issues since 2000. So a GAO issued a report in 2000, another in 2001 and most recently in 2012. So, really these have problems have been in existence for more than a decade. And both GAO and IG the VA IG have reported on similar issues.

KELLY: Is it just that the patients have been waiting too long or also that your group has found -- because you go in and you sort of look at organizations and systems and do a forensic analysis of whether we're to believe their numbers. Did you also find that they were as is alleged in the Phoenix case and some of these more recent cases, actively, you know, working to hide the truth.

DRAPER: Well we found the schedules were using incorrect dates when recording appointments. So, it may -- it looked like veterans were waiting for a shorter amount of time than they actually have been. I think across our work on access that the VA health care we found another -- a number of common themes. One is related to weak and ambiguous policies that lead to a lot of interpretation at the local level. We've seen antiquated -- the use of antiquated software systems that really do not lend themselves to good practices. Inadequate training, the lack of unclear or unclear scheduling resource needs and the allocation of those resources and really inadequate oversight that relies largely on the solidly sub certification without independent verification.

KELLY: I want to ask you a personal question. You tell me if you can't answer this, I understand. But as somebody who does all this work and I assume cares about what you're seeing there with the veterans, you know, being under serviced, is it -- does it bother you to see you all this work reported to Congress, you go, you testify before Congress and in 2012 they actually pass the bill to try to address some of the issues you raised. The president signed it and then the system doesn't seem to change.

DRAPER: Well, there's evidence to support that delays in care can result in harm to veterans. And it could be worsening condition or in worst case death. When you have worsening conditions it's much more complicated to treat those conditions and the outcomes may not be as good as if you had detected the condition earlier and, you know, have more timely treatment.

KELLY: Well it certainly seems like no one can blame you, no one can blame the GAO, and no one can blame certain other groups that have been trying to call attention to these dreadful practices for years only to be told yet again we need to wait for another report. Debra, thanks for being here. Thanks for your service.

DRAPER: Thank you very much.