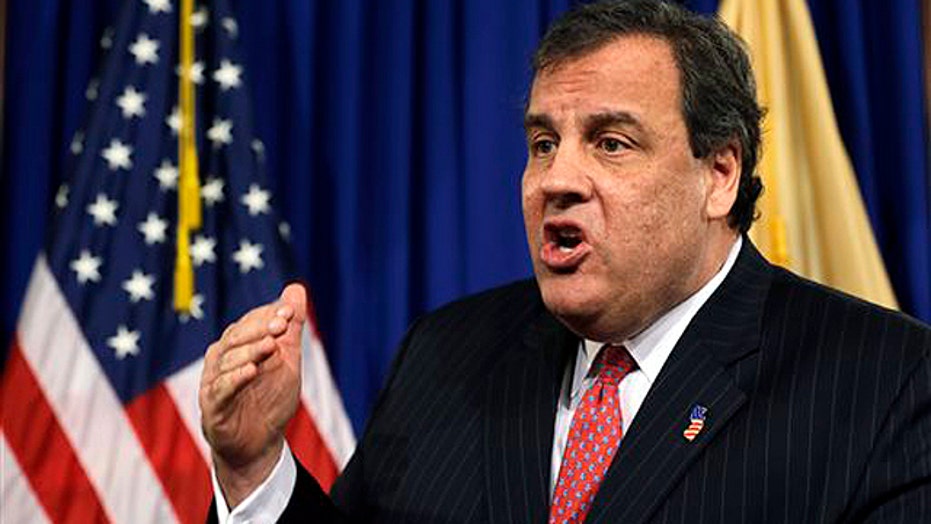 This is a rush transcript from "The Kelly File," January 9, 2014. This copy may not be in its final form and may be updated.

MEGYN KELLY, HOST: Joining me now with the key parts of what happened next, Andrew McCarthy, a former federal prosecutor and a contributing editor for the National Review. Jon Bramnick, the New Jersey Assembly Republican leader. And Chris Stirewalt, our Fox News digital politics editor and host of "Power Play" on FoxNews.com live.

Andy, let me start with you. Because you, I think it is fair to say are a right-leaning person in your politics. And yet, you are critical of the governor in terms of the questions answered today in saying there are still many issues you think he has yet to address. What are they?

ANDREW MCCARTHY, FORMER FEDERAL PROSECUTOR: Well, I think he has to explain how it is that a couple of weeks ago he said that he put it to his team, to his aides, to give him a full explanation of what happened. And that they did, in fact, give him a full explanation. He was satisfied with that. And then when he was asked in a town hall forum what about this traffic study, which is supposed to be the thing that was the explanation, you know, the counter-explanation, not the corrupt explanation for what happened here, he said, you know, "Why would I be worried about that? Why would I want to look at that?" He sort of waved it off.

And it seems to me that if he was claiming or if he's saying that he got a thorough explanation that satisfied him and the traffic study was at the bottom of the explanation, or that was the reason for these traffic tie-ups, it is very peculiar to me that he wouldn't have wanted to see it, wouldn't have known anything about it, wouldn't have gone to ground to make sure that it existed. Particularly given that the reputation that he has cultivated and what he was originally elected on was the fact that he was a hard-charging former United States attorney.

KELLY: OK. That makes sense and that's a question that a lot of people wanted asked. If this -- if you, Governor Christie, believed that this really was a legitimate traffic study being conducted by the Port Authority and not some political extortion being committed on a local mayor who refused to endorse you, then why didn't you say to your staff, all right if it was a legitimate traffic study, let's see the study. And Christie was asked about that today, and basically said, "I'm still not sure about the study."

But, he did point out that this guy who since resigned, Bill Baroni, who was once a state senator in New Jersey, state senator, and then he was New Jersey's top Port Authority official, he resigned in December in the wake of this controversy. He did point out that Senator Baroni testified on this issue and did say, "Yes, indeed, there was a study. We had to terminate it early because of some logistical issues in conducting it." But there was a study he told, and we have a little clip of that, forgive the camera work, watch.

BILL BARONI, FORMER TOP PORT AUTHORITY OFFICIAL: Two days of that is not enough to make any conclusions. But generally speaking it is fair to say that for the analysis that took place and for the 95 percent of the people who don't come from Fort Lee, their commute was reduced. At the same time, one must also say that for the people who do use the special Fort Lee lanes, their commute was extended.

KELLY: Mr. Leader, let me ask you about this because this has been generating through New Jersey politics for quite some time. And what the governor tried to say today with respect to the one thing that has a lot of people saying, how could he not know, what Andy just raised is," I was told by the head of the Port Authority that there was a study, that it had to be cut short. Basically, I was given a reason that for the traffic snarling and for the fact that I was never given a report." Your thoughts today on how he handled that issue and how he handled himself.

JON BRAMNICK, NJ ASSEMBLY REPUBLICAN LEADER: The governor was lied to. He was disappointed in his close staff members. He was clear to the press. He spent two hours -- I was at that press conference. He answered every question. And he is very sad. This is a former U.S. attorney who prosecuted over 100 politicians who are corrupt. This is a last guy in the world who wants corruption in his inner staff. And he is saddened by this. He stood in front of this media, answered the questions and this is the kind of leadership you want. You want people to take responsibility. You don't want people who are going to ignore the press, ignore the questions. He is answering every question that has been asked.

KELLY: Before I get to Chris, I want to ask you something else, Andy, as a former federal prosecutor he didn't hedge on it. He got up there and said, "I had nothing to do with it. I didn't know about it. He left himself no wiggle room." What does that tell you?

MCCARTHY: I was impressed, Megyn, I must say, that he certainly didn't act at all like somebody who was concerned that a disgruntled underling who has been terminated is now going to roll over on him or anything like that. It was impressive I thought that he stood there for two hours, took on all commerce, took every single question, didn't seem to dodge, took responsibility. And look, he did swiftly terminate at least the people that we know were involved in this. So I think it was to his great credit.

KELLY: Because, well, I just want to tell the viewers, because now we have a federal investigation of this situation. The FBI is involved. Now that we find out tonight that there is a class action against him and the Port Authority and others by people who were stranded on the bridge or sitting in the bridge in traffic. And he knows this, he was a prosecutor himself, Andy, so he gets out there knowing that all of a sudden, he's going to be investigated by the feds, who is out there and says, "Bring it, I am telling you, I had nothing to do with it." It is unusual for somebody, if he really did have something to do with it, that would be extraordinary.

MCCARTHY: And I hope he is right, because they're going to bring it.

KELLY: Yes, they're going to bring. And you're saying we could see a grand jury involved and so on at this point.

MCCARTHY: Sure, and their state investigations, as well. You know, there are federal concerns and state concerns. And there is the fact that this is a blue state, Megyn. The Democrats who have been, you know, pretty easy on him up until now, are going to go after him on this.

KELLY: Chris, I want to ask you because it is interesting to see David Axelrod send out that tweet tonight. It is also been interesting, the near deafening silence we've heard from Republicans in Governor Christie's defense over the past couple of days. Why is that?

CHRIS STIREWALT, FOX NEWS DIGITAL POLITICS EDITOR: Well, now remember, he is not just any Republican governor. Aside from being arguably the frontrunner for the party's nomination in 2016, he is the head of the Republican Governor's Association. One might expect that his fellow governors would sprint to Trenton, and would stand there to say,"We stand with Chris Christie he's the guy." We haven't seen that. Now I --

KELLY: Nikki Haley did today. I should point out that Nikki Haley South Carolina did send out a favorable tweet on his behalf today. Go ahead.

STIREWALT: Well, a tweet ain't a press conference. And I think the reason is pretty simple. Chris Christie is viewed with suspicion by many conservatives and by a lot of Republican loyalists because of a few things. But mostly, the fact that he has passed up very few opportunities to be critical of his own party, especially the conservatives in it. And number two, because he was such an unsteady ally for Mitt Romney in the 2012 presidential campaign.

And Republicans remember very, very acutely the hug, the Chris Christie hug, and how we found out later in the book that Chris Christie was a very difficult surrogate for Mitt Romney and not eager to help. So those things carry over. You may be the darling of the New York media, you may be the Democrat's favorite Republican, but when the chips are down, your own party might not be there for you.

KELLY: Is there a perception that he thought he didn't need the party, that he transcended the party and now he's learning something very different.

STIREWALT: I think he was moving, I think his time at the RGA in this moment, was the part when he was going to make peace and if you all excuse me, build bridges with the Republican Party. That was the face of, I think his presidential candidacy. This is going to make that more difficult. But he becomes a more sympathetic figure to conservatives who generally like people more if the New York Times dislikes them.

KELLY: And the media coverage on this whole thing has been remarkable, to see the mainstream media jump all over this story. The Bob Gates book, the Benghazi scandal, some of the other scandals we've seen, not so interested.

Gentlemen, thank you all for being here.