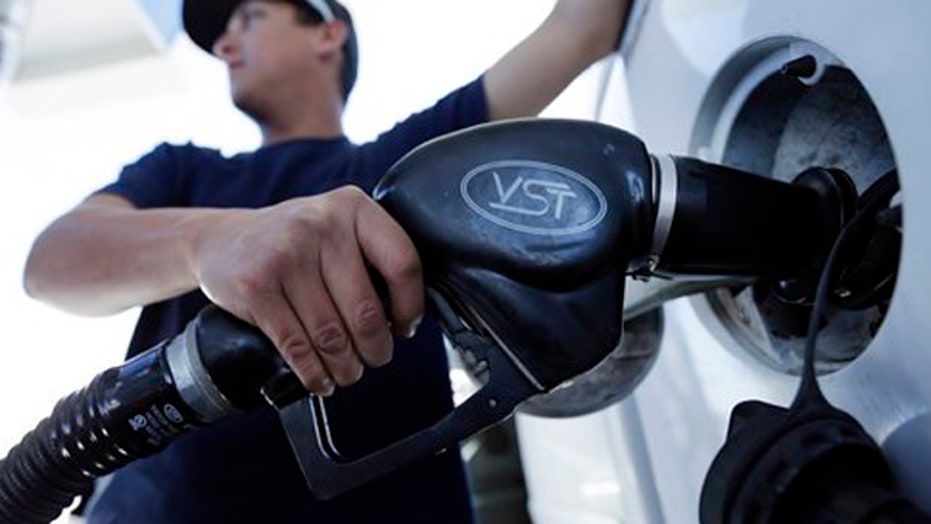 Who will ease your pain at the pump?

Consumers get a kick in the gas

IN FOCUS: Gas prices on the rise. Time to open the Keystone XL to lower gas prices?

RICK UNGAR: I think this is going to happen, it's just what I anticipate what is coming along. I wish I could be as hopeful in terms of the benefits as Steve is. There are 90 million barrels that are pumped out of the world every day; this will add at best, 850,000 a day, roughly 1 percent. It's a tiny bit of impact maybe, but I don't think that it's going to accomplish what everybody believes it's going to. You have to weigh that against the damage it could do to a very important water aquifer.

MIKE OZANIAN: A tiny bit David, as Rick pointed out, oil is sold on a global marketplace. But I think this type of investment from the Keystone project should be encouraged primarily because it is private money chasing the profit motive which is what we should be encouraging instead of what the President likes which is using taxpayer money to share his grand vision of future utopia of solar power and stuff that nobody wants to buy.

RICH KARLGAARD: Yes, as Steve, Oz, and Rick have pointed out, it's not going to add that much. I like it because it adds to stability. What I don't like is buying oil from Venezuela and countries in the Middle East who are then turning around and funding terrorists who want to kill us. So, to the degree we move from hostile sources to stable a source, that's good even if the price doesn't change a penny.

BILL BALDWIN: Let me get back to one of Ricks points which is that there could be some environmental degradation, I think he is totally right to be concerned about that. If we rearranged this country's energy supply, we could have something that is both cleaner and cheaper. Step 1 in this process would be to open the pipeline. Step 2, end the corn ethanol boondoggle. Step 3, frack more gas so we can phase out of coal. When you got through, you would have cleaner air and cleaner energy.

STEVE FORBES: Yes, it's one thing to look out for workers in a smart way and another thing in a destructive way. This is a very reasonable proposal by Boeing, existing workers get to keep the old pension plan, but new workers go on a 401k. They aren't taking anything away from existing workers which is why other unionized workers with Boeing have accepted this deal. They are trying to wind back to the past instead of looking toward the future and future competition. It's coming down the road against Boeing from places like Brazil.

RICK UNGAR: You can certainly make arguments for the benefits of a 401k but look, let's not mess with the facts. The simple reality is that the current plan they have, the defined benefit plan is always going to be a better retirement plan than the 401k. However I can understand the argument for taking one for the team in a tough time. Wouldn't that argument be more effective if you have other workers at Boeing willing to do that like a CEO who is getting paid $13 million a year, $65 million over the past 5 years, $30 million in stock why hasn't he stepped up and say ‘we are going through a tough time, I'm going to take a cut, now unions you come along with me.'

JOHN TAMNY: Naturally they are only concerned for their own future; only in fiction do people act selflessly. The problem is, and this has been going on for decades, union demands have historically been divorced from reality. If they continue to demand things the markets do not support, that are unprofitable, they will go the way of the payphone.

BILL BALDWIN: I'm not shocked by that; I think it was discovered 4,500 years ago, by a Sumerian economist that people look out for number 1. The CEO wants to line their pockets, the union executives mostly want to line their own pockets but occasionally they do help their union members, and sometimes to help their union members you have to help the economy, it does work that way, sometimes.

ELIZABETH MACDONALD: No and here is what concerns me, I wish the union worker at Boeing would sit up and take notice what is happening at their company because I do want to get their retirement benefits protected. Boeing for the first time, put out an earnings figure, get this, earnings before pensions because get this because the pension liability is nearly $20 billion at Boeing. Boeing is seeing that as dragging down its balance sheet. What you want to do to is make the company survive so it can pay out the retirement benefits that's it has promised its workers. This is going in the opposite direction the way the workers are doing it. Verizon, AT&T, Ford, GM, they are all seeing this coming down the pike, and it's a bad trend.

RICH KARLGAARD: Yes it has and the irony here is that if we had a 4 percent growth economy and a 4 percent unemployment the unions would be in a much better bargaining position with Boeing because they would have to scramble to fill their factories with talented people. The unions should be supporting pro growth policies rather than these anti-growth policies and they might have a chance at getting what they want.

Forbes gang tells us which programs they'd cut instead of sequester

RICK UNGAR: First ill say, don't be so sure that they are scare tactics. I would throw the $17 billion at defense. We don't need to cut defense in the way the sequester wants to, it's a stupid way to go at it. Go after the low hanging fruit in the waste of the contracts, and weapon systems that don't make sense anymore and you go after vehicles that don't make sense anymore.

ELIZABETH MACDONALD: Absolutely scare tactics because we have the waste to cut that they are ignoring. Cut the government workforce by 10 percent. The government workforce has grown under President Obama, cut the pay by 5 percent federal pay did not go down during the great recession. Cut foreign aid, I don't want the Muslim brotherhood getting our money. And do frivolous lawsuit reform.

JOHN TAMNY: Easy, the irony is that the very incompetence that got us into this budget mess wants to decide how we live our private lives, so I say end the drug war. Right there, you can get rid of DEA agents getting into our lives, we could get rid of all sorts of prisons that have people in there just be as they have a different way of wanting to feel good.