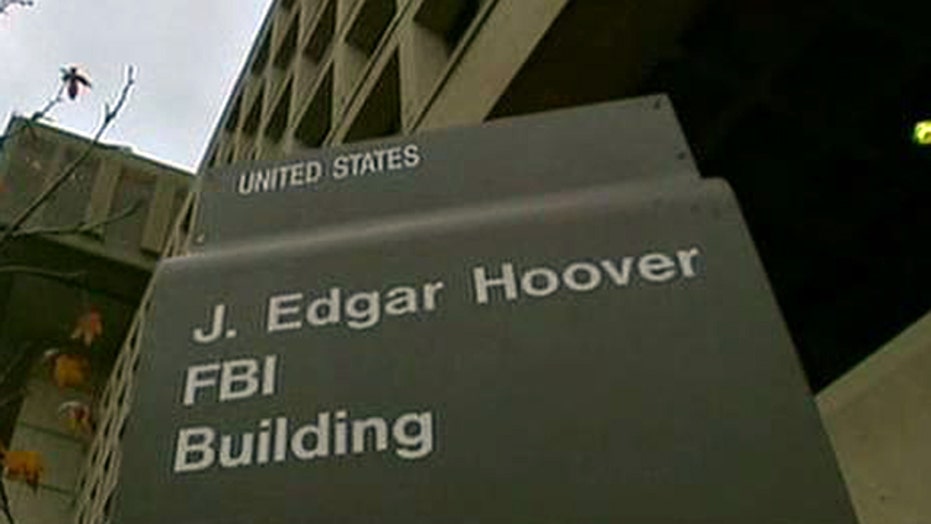 IN FOCUS: FBI still has not contacted conservative groups regarding 'targeting' scandal

STEVE FORBES: They [the IRS] is taking it seriously, which is why they're dragging their feet and why all the IRS excuses about moral equivalences and the like are being shown to be lies. And that's why ultimately, we need a special prosecutor. These people can't do it themselves. And while there may be some organizations that shouldn't have gotten the exemption, they just hit all of them-tried to knock them out for 2010-12 elections.

RICK UNGAR: You know I was down on the IRS for this, too, but the more we learn about this, the more we're beginning to discover that there may have been good reason for targeting these groups. We are now seeing examples where these groups filing for 401-C-4s were actually putting on their application that they had nothing to do with politics and mailing in that application on the very same day they uploaded commercials for Republican senators.

JOHN TAMNY: I think the Obama administration hopes to run out the clock, thinking that a new scandal will take place here. But I think they're misguided. The reality is that a lot of emotion was tied up in the 2012 election, and a lot of people understandably feel that the IRS blunted an anti-Obama ground game that may have changed the election result. And so the longer they wait, the longer they delay, I think the scandal grows.

BILL BALDWIN: Everybody's assuming that there's some evil genius at the IRS plotting against conservatives. Well, investigators have failed to uncover a single genius at that agency. They're understaffed. They would need 8 million agents to implement the tax code. They don't have 8 million agents. Most of them are not geniuses.

RICH KARLGAARD: The Treasury's inspector, J. Russell George, said that every single one of the Tea Party cases that came up for review were pursued, whereas only 30 percent of progressive parties using the words "progressive" and so forth were pursued for further investigation. Let us not forget when Doug Shulman was the IRS commissioner; he visited the White House 157 times. What on Earth was he talking about with people in the White House?

MORGAN BRENNAN: There's enough smoke there to investigate. And "investigate" is the key word here. We're talking about an active investigation. The only thing we really know for sure right now is that this bureaucracy moves very slowly and is very painfully plotting along in this investigation. We have three different agencies that are involved in this investigation right now, and what we do know off of acting IRS Chief Danny Werfel's testimony last week is that they are doing an internal review of the IRS right now and that they've replaced five managers internally. So I think they're starting there and moving outward.

RICH KARLGARRD: I think the airline should be honest about its intent because the weight argument is just an absolute joke. The average airliner in the United States is a Boeing 737-United short-haul, Southwest Airlines. They take off with a maximum weight of 155 thousand pounds. If you take two male attendants and replace them with two female attendants, you're going to save about 100 pounds. That's the equivalent of two ounces on a 200-pound man, so it doesn't make any sense at all.

BILL BALDWIN: I don't think it's a subterfuge. I think if you do the math, you discover that an extra hundred pounds costs you thousands of dollars a year in fuel. I have a gender-free way, by the way, that American airlines like Delta could get away with this. They put on a weight limit of, let's just say 130 pounds. If that rules out the male football players, too bad.

STEVE FORBES: This is just a form of sexism and beautyism, and they're trying to justify it by expense. They just want to look like Singapore Airlines. They don't have the honesty to say what they really want to do, and that is to get passengers to look at models on the plane.

JOHN TAMNY: This could lead to a much more aesthetically pleasing flying experience. And if that's what profits, we should embrace it. Airlines should be able to hire whom they want to hire without fear of legal reprisal.

MORGAN BRENNAN: I like to look at attractive men, so I take this a little bit personally here. This is a two-sided debate. I think Rich makes a good point here. We're talking about tiny amounts of pounds in terms of what an airline is actually hauling. I actually think that there's no coincidence here that you're seeing this be proposed by GoAir because you're not going to see US carriers do anything like this. We have discrimination laws on the books. So that would be very costly to see this go into effect across the board for other airlines.

RICK UNGAR: I'm flipping on this one. I'm with my boys, Steve Forbes and Rich Karlgaard. Rich has the math right. Tell me this: Why is it that everybody goes bonkers if Mayor Bloomberg wants to save you some weight by keeping you from drinking 175 ounces of soda at the movies, but if a private business wants to discriminate on weight, it's all good?

Democratic lawmaker in California is proposing working remotely from districts

STEVE FORBES: They can do as much damage with the click of a mouse as they can when they get together. They only spend about two-and-a-half days a week in Washington anyway, and the rest of the time, they're fundraising and running for reelection. If you want to have Congress do less damage, reduce the scope of government starting with the flat tax. And if you don't like them doing bad stuff, then do what Texas does and have them only meet every two years for 90 days. That'll limit the damage they can do.

JOHN TAMNY: Generally, when politicians get together, we should watch our wallets. They've been for decades and decades solving problems, yet the problems exist alongside bigger, more intrusive, and more expensive government. Anything that keeps them away from each other so that they're not passing laws is something we should encourage.

RICK UNGAR: Here's my problem with it; I have two. One: Back in the days, when they used to be there all the time and socialize, people who would tend to disagree would at least like each other and could find agreement. Secondly, Steve's example about Texas-here's the problem. When you only meet every two years for 90 days, you know what happens? The governor of that state has outsized power. How happy would you be if the president right now had that kind of power?

RICH KARLGAARD: The way House districts are gerrymandered today, that isn't going to happen anymore. So Rick's talking about something in the past. I think we should experiment. We have the technology today. We're all concerned about the money that Congress is spending. If we could save on travel costs, that would be a good thing. Why not try it?

MORGAN BRENNAN: I think, in theory, this sounds great. In reality, it doesn't work. And I think I'm going to take a page out of Yahoo! Chief Marissa Mayer here on this one in her playbook, and I'm going to say that people need to be in Washington. They need to be networking with each other, and we need to be able to track their productivity. There was actually a report out earlier this year that tracked congressional members' productivity. It found that they log, on average, about 59 hours in their home districts but 70 hours when they're working in the Beltway.