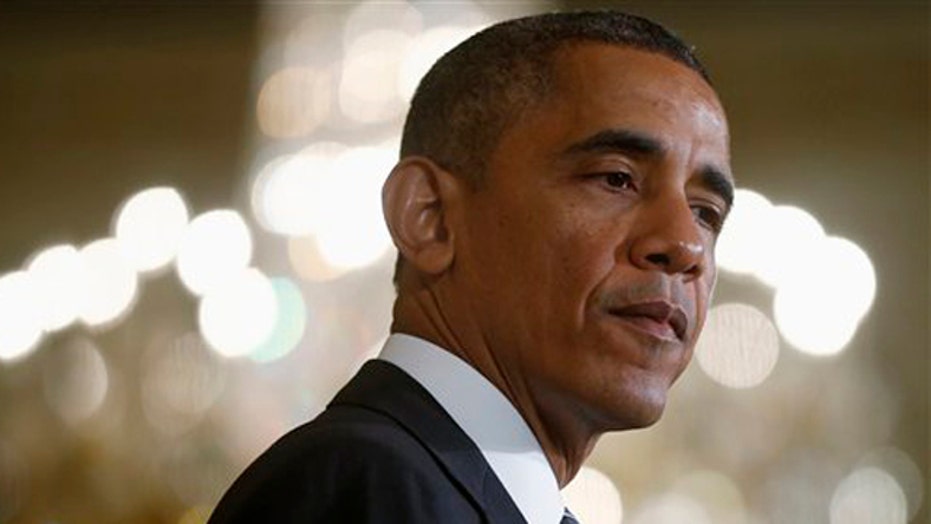 This is a rush transcript from "The Kelly File," October 28, 2013. This copy may not be in its final form and may be updated.

MEGYN KELLY: And breaking tonight, Fox News has just confirmed that while the president was promising you could keep your health care plan, the White House has known for almost three years if not more that the promise wouldn't hold for millions of Americans. And we have evidence.

Americans heard this president say it over and over -- if you like your doctor, if you like your plan, you can keep them under ObamaCare. But many had doubts. One major concern that those buying insurance on the individual market, people who don't have employer coverage, would see their plans canceled. Why? Because those plans tend to be cheap with less benefits. And ObamaCare requires insurers to beef up their coverage. That costs money.

The fear was that insurers that are forced to offer more benefits would also raise rates or maybe dump the policies all together. And that exactly what is happening. Contrary to the president's explicit promises. Listen.

PRESIDENT BARACK OBAMA: Actually, any insurance that you currently have would be grandfathered in so you could keep. And so you could decide not to get in the exchange the better plan. I could keep my ACME insurance, just a high deductible catastrophic plan. I would not be required to get the better one.

So far nearly a million policies have been canceled. Over 10 million more could end very soon. We're talking maybe 14 million. And with the American people now demanding answers you can keep your plan, period, today turned into maybe, for most. For the majority. Well, some can. Et cetera, et cetera, et cetera.

Here is former White House senior adviser David Axelrod earlier and then some follow up from our own Ed Henry.

DAVID AXELROD, FORMER SENIOR ADVISOR TO PRESIDENT BUSH, "MORNING JOE"/MSNBC: Most people are going to keep their own plans Senator and you know that.

ED HENRY, FOX NEWS WHITE HOUSE CORRESPONDENT: This morning David Axelrod was pressed on that point and said the majority, the vast majority will get to keep their plans. He no longer works at the White House. From that podium, will you admit that when the president said if you have a plan you will get to keep it and that was not true.

JAY CARNEY, WHITE HOUSE PRESS SECRETARY: Well, let's be clear. The president said, what everybody said all along is that there are going to be changes brought about by the Affordable Care Act that create minimum standards of coverage.

Marc Thiessen is a fellow at the American Enterprise Institute and a former speechwriter for President George W. Bush. And I mean, this is it. It is one thing to say -- he said they were going to get to keep their plans, period. And now this regulation shows that months after ObamaCare was passed, July, it passed in March. July or before, I should say. Before, they knew. They were estimating internally in the administration ten million people are going to lose their insurance.

MARC THIESSEN, AMERICAN ENTERPRISE INSTITUTE FELLOW: Yes. You've got the smoking gun right there in your hand. Look, they knew. When President Obama looked at the American people in the eye and said if you like your health insurance, you can keep your current plan, period, no matter what, that was a bald-faced lie.

So, while President Obama was going out there saying you won't lose your health insurance, period, all along they were planning for those people to lose their health insurance -- 14 million of them and move into the exchanges.

KELLY: So, the president, as we watch this healthcare.gov website falling apart, he doesn't have to worry. Because even though the young people aren't yet signing up right now because the website is a mess, he knows that they are being canceled. That millions of Americans are being canceled and will have no choice but to sit on that website for hours and days on end eventually because he knows, as we all know now, that millions of Americans are going to get canceled.

THIESSEN: There's the rub. They didn't anticipate the failure of the website. And so, the problem is now, if you are one of these 14 million or so people who are losing their current health insurance you're stuck with two options. One is to pay these new exorbitant new premiums that you can't afford because they are raising your insurance rates between 99 and 400 percent, or go into the exchanges, except, because the website doesn't work you can't get into the exchanges.

KELLY: Uh-hm. In that sound bite we played, you had Senator Jon Kyl specifically asking the president what about the individual insurance market. What about people who have plans there? You are raising the requirements. That will cost more people canceled. And there you heard the president specifically speak to this issue saying, it's not true. You can keep your ACME plan if you like your ACME plan. That is not true.