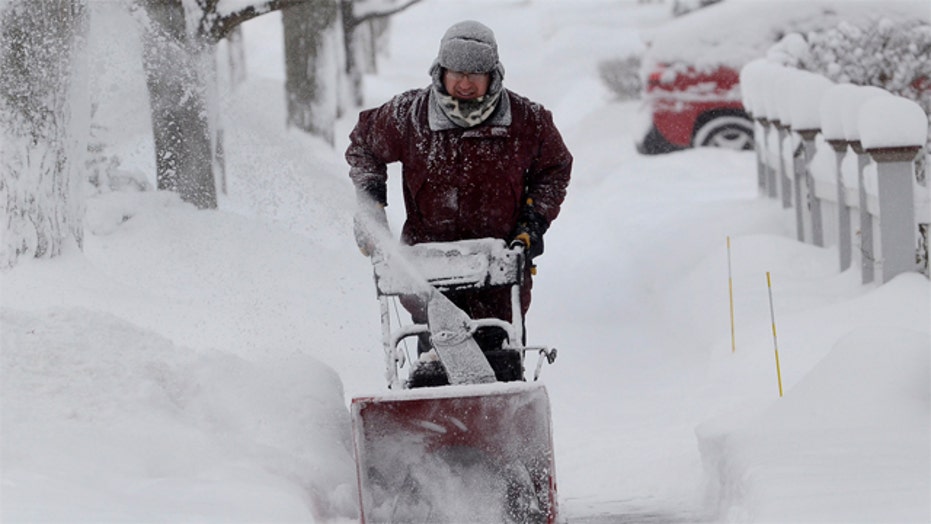 Taxpayers on the end of another snow job?

CHARLES PAYNE: It's the craziest thing in the world. They will set up these hubs, all the cash will slosh around through federal agencies, universities and non-government organizations; it sounds like another big time free for all for all the administration's friends.

DAGEN MCDOWELL: I think the White House is trying to look like it's doing something, but after the State of the Union and their policies to this day, I don't know why they aren't focusing on like natural gas and the shale boom. They seem so fixated on solar, wind, and talking about climate change rather than really championing the energy boom in this country. It just boggles the mind.

CHARLIE GASPARINO: We have very high unemployment. We have problems in this country. This is what they waste their time on.

ADAM LASHINSKY: What I know is I don't think they're wasting their time. First of all, the energy boom doesn't need championing. It's doing just fine. What needs to be championed are other ways of fighting global warming, which is real and that's really the conversation you seem to be having.

LABOR BOARD WANTS COMPANIES TO HAND OVER WORKERS' EMAILS TO UNIONS

CHARLES PAYNE: This goes beyond your typical national labor board. This is reaching into a business, taking valuable information, and using it against that very business. They got around before on a technicality. This is scary stuff for business. We wonder why the economy is not moving.

ADAM LASHINSKY: Maybe the solution is to require the companies to send out these e-mails on behalf of the unions, which I agree is kind of sketchy, but the point here is to give the unions the ability to organize, not to thwart them.

DAGAN MCDOWELL: No, it's meant to give the unions a leg up in organizing, year over year; the percentage of workers in unions has been stagnant. Under the Obama administration, that percentage is not changing.

CHARLIE GASPARINO: It seems like an insane invasion of privacy what good is it going to do? Is it really going to help organizing this thing?

CHARLES PAYNE: A lot of times we have to come back and say to a certain degree that this is the voter's fault. We send people to Washington, D.C. simply to loot the joint.

CHARLIE GASPARINO: This is why Rand Paul resonates with so many people. He called them out immediately on it.

DAGEN MCDOWELL: Nobody will vote against it because it's like we're against the farmer, number one, and, number two, this is how you sneak in the handouts for your constituents.