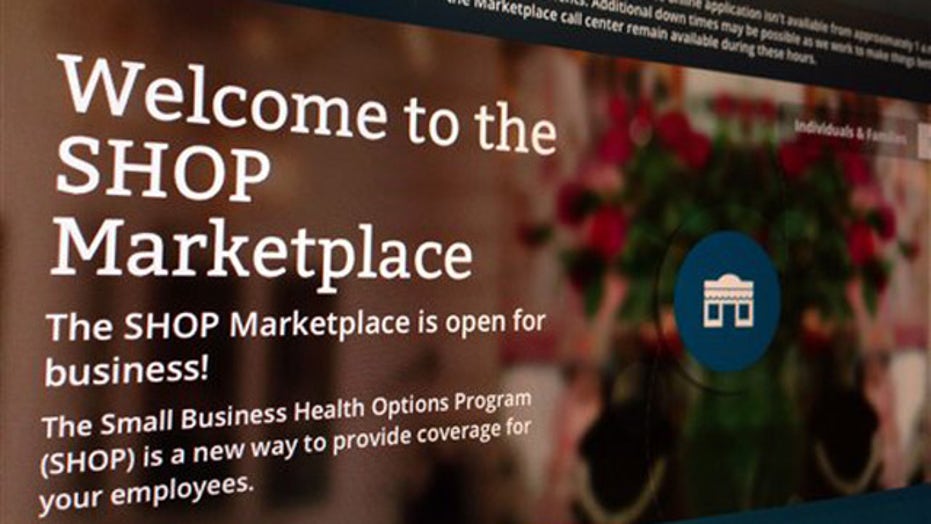 This is a rush transcript from "The Kelly File," November 27, 2013. This copy may not be in its final form and may be updated.

MEGYN KELLY, HOST: Breaking tonight, with 72 hours to a critical deadline there is a growing list of signals that ObamaCare is in new trouble. As the administration delays yet another part of the law on the Wednesday before Thanksgiving.

Welcome to "The Kelly File" everyone. I'm Megyn Kelly. We are now just three days away from the Obama administration's self-imposed deadline to fix the website millions need to use in the next two weeks or they might not have insurance come January 1st. Many of those folks had insurance before this law, but it was canceled as a result of it. Tonight, a growing number of signs that the Obama administration has real fears the site could crash and burn again. It went out for an hour, just on Monday.

This morning, Fox News confirmed that the administration is telling supporters they should not rush to visit healthcare.gov in the coming days. Isn't that the whole purpose? Like they should go. They need all these people to sign up. But the message is don't go. Not too many of you anyway. Because there are still real concerns about how much the site can handle. Well, that is a real problem for the millions of Americans who have seen their insurance policies canceled and must sign up for coverage. Must sign up by December 23rd in order for them and their families to have coverage in the New Year.

Again, these are 5,500,000 people who had insurance, many of whom were happy with the insurance, got their policies canceled thanks to this law. And now may not have insurance come 2014, thanks to this law. And now they are being told to stay off the website. But at least not too many at one time. Then on a conference call today, an official with the centers for Medicare and Medicaid services, they're running this whole show, warned that there is still a lot to do over the next few days cautioning look, this is not a magical date.

They say that there will be times after November 30th when the site like any other website does not perform optimally. And they say that there are still hard drive issues, and software issues, many of which need to be fixed. And this from Kathleen Sebelius, Health and Human Services secretary, warning earlier this week, quote, "This isn't a magic turn-on switch. The experience is improved every day."

From not working at all in the beginning of October. The president, being optimistic, he today encouraged people who backed the law to talk up the advantages of health care over the Thanksgiving holiday. Asking them to try to convince their relatives to go enroll. Although if anyone needs help with their insurance and their enrolling while the turkey is roasting, don't bother to call the Call Center. Because it will be closed tomorrow. You can't make this stuff up.

But the biggest news of all tonight came just hours ago when the administration announced that millions of American workers will now be blocked from using the website all together told they cannot, should not and will not be permitted to use the online health care.gov option until November of next year. By the way, it will be after those midterm elections.

Marc Thiessen is a fellow at the American Enterprise Institute and a former speechwriter for President George W. Bush. And, you know, it's usually no accident when they release news like this late in the day on the day before Thanksgiving when people are paying attention to other things. But you just go through that laundry list, Marc.

KELLY: It's like, oh, my. But the last one about delaying the ability of small businesses to get on healthcare.gov for a year may have a real impact. And the inability of this website from all signals to work as it was meant to work on November 30th is going to have a real effect, too.

THIESSEN: Yes. Now, I think they're going to be talking about ObamaCare around the Thanksgiving dinner table. But it's not going to be quite the conversation the president was hoping for. I mean, look, the fact that they haven't any re-launched it and they are already making excuses for is a really troubling sign. And I mean, think about what they are saying. The day after tomorrow is Black Friday. If an online retailer -- imagine an online retailer going out and saying, don't go to our website on Black Friday. There is plenty of time until Christmas.

KELLY: It was the plan and Dr. Emanuel essentially admitted that, that the plan all along was have basically to take all the people from the individual insurance market and move them on to the federal health care exchanges but now they can't get on to the federal health care exchanges, and the websites doesn't work and the call center will be closed and by the way, they just had an outage on Monday. But you're supposed to talk it up on Thanksgiving. And they said to sell it but not too much because we can't handle so much traffic yet.

KELLY: And now they're saying, well maybe, you know, maybe we're lucky, we can have a 50,000 visitors to the site at a time. And the problem is Marc even if they lucked out and got everything and one of those 50,000 to sign up, it's not going to be enough. The math does not add up to get those 5.5 million people re-enrolled in an insurance plan prior to December 23rd which is the deadline to be covered January 1.

THIESSEN: That's right. According to that article in the Washington Post that broke the story, they said they are afraid that 250,000 people will go to the website and that will crash it. Do you know how many people go to Amazon on Black Friday? 7.7 million. Their nightmare is an online retailer's dream. And 250,000 people? Of course 250,000 people are going to go to the site. Because it takes about that many people every day to sign up the to make 5.5 million by the end of the year. So, if they don't sign up over 200 to 250,000 people every single day for 23 days, they're going to have millions of people without health insurance on January 1. That's going to be a crisis that's going to blowback to them.

KELLY: But the good news is that now if you go on health care.gov after, you know, you can't get through the call center tomorrow, I guess Friday. You can't call -- but if you get on and you can't actually enroll, they're going to put you get in an online waiting room Marc, you get to sit on an online waiting room now where eventually somebody comes on I guess and says, hey, we'll send you an e-mail when, you know, we think the website is going to be working better.

THIESSEN: I mean, do they even get the irony of that? I mean, if you need to go into an online waiting room to sign up for ObamaCare, imagine what the waiting room is going to be like when you try to use ObamaCare, if you can even get ObamaCare. I mean, this is just a disaster that's coming down on them. And they have no way out of it. There are millions of people. I mean, this is not just about Obama's future. Millions of people who had health insurance today and in one month's time are not going to have health insurance. And they have got to sign up in them 23 days. It's almost impossible if the site works perfectly and believe me, it's not going to work perfectly.

KELLY: It was just incredible when you hear that the White House is reaching out to its allies including the SCIU and others saying, don't promote it. Don't get the word out. We don't want people actually going to healthcare.gov. I mean, the whole thing is still backwards right now. Marc, thanks for being here. Happy Thanksgiving.

THIESSEN: Thanks, Megyn. Happy Thanksgiving to you.