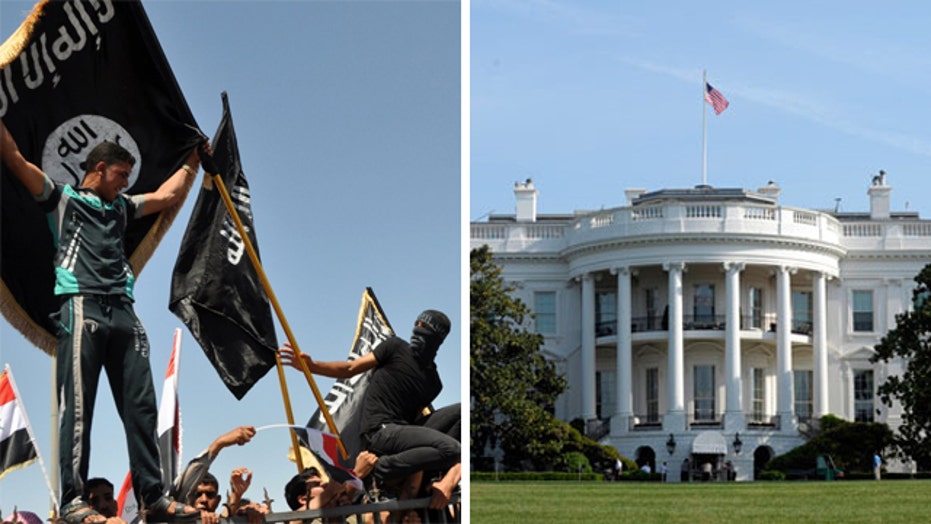 Is the WH doing enough to prevent another US terror attack?

JONATHAN HOENIG: Well, Eric, we have the military might to destroy jihadism. What we lack is the moral certainty. I mean, ISIS, Hamas, Boko Haram, Hezbollah, anyone seeing a trend here? I honestly think the President is afraid. He uses the term "ISIL" just because he is afraid to use the term "Islam". If you can't name the enemy, you can't defeat it, and to say that ISIS or ISIL doesn't represent any philosophy explains why we're losing and why militant Islam is stronger now than it's ever been.

JUAN WILLIAMS: I think you're behind the curve here, Eric. I mean, the president has been overseas, and he said very clearly ISIS is a threat. He has made it very clear that we are going to go after ISIS. He is working to build a coalition to do just that and to make America safer. I mean, look at the reality. If you use the metric the bush administration used, we have had no attacks on the homeland. None. Zero.

MICHELLE FIELDS: Well, look, this is a dangerous situation. We have an open border. We have Americans who are fighting with ISIS. There's over a dozen fighting with ISIS, and American citizens, 100, are in Syria. Those are the estimates. Their passports haven't been revoked. This president is interested in managing the problem; managing ISIS when he should be destroying ISIS. This is a huge situation. In Libya there are airplanes missing. Who is to say that there won't be a terrorist attack in the near future? They have jets on them right now and they want to attack us.

WAYNE ROGERS: Well, yes, Eric, it is. That's the whole -- that's a whole immigration issue too that have you to get into as to who are they letting in, who are they not, and how can they identify? Jonathan makes a point when he says that there are all of these different ones. If you go to Wikipedia and look up the number of terrorist organizations that exist: Boko Haram, Al Qaeda, et cetera, et cetera--there are literally hundreds of these, and if you can't identify your enemy, there's no way to attack them. We do know one thing: there is a common denominator. They are either Shiite or Sunni. If are you Sunni or Shiite, at least we can divide that. The enemy of our enemy is our friend. We should be doing that. We should be trying to pay attention to how we divide them and keep a balance of power.

MICHELLE FIELDS: I mean, she put her foot in her mouth because now what's happening is you are seeing Scott Walker able to get tons of donations from people who are appalled at what she said. I mean, she trivialized the pain that women who have dealt with domestic abuse have done with. I mean, that's just -- she's basically slapping them in the face by saying this kind of stuff.

JUAN WILLIAMS: Wow. You know, I think what you said is right. Hackery, hyper-partisanship, and she walked it back because she realized it was playing into the pockets of Republicans, especially Republicans who are concerned about the problems that Republican Party -- its brand has with women. They're not getting money from women. They are not getting money or votes. They are really now concerned that women would abandon them in full, and that's why they're making a big deal out of what she said because they see this as stirring up their base and their donor base in particular.

WAYNE ROGERS: I love your word "hackery". That's terrific. That's what it is. It's political hackery, and that's all it is, and it's a mistake. She made a big mistake, and she's trying to retread it. That's just simple as that.

JONATHAN HOENIG: Well, it is about the money. That's exactly why we need to get more money into politics: so we can have some new political parties that actually talk about some fundamental ideas, and not this hyperbolic name-calling. It was tremendously offensive, and I think it actually goes to demonstrate what the left is all about: pitting one class against another; men versus women; rich versus poor; minorities versus everyone else. Focus on basic fundamentals. Not on calling other people names.

WAYNE ROGERS: It's about boosting big labor's numbers, that's all it's about. You can take a microcosm of Detroit and see what happens. It's not part of the free market equation. There's only so much this can bear. Once you've chased all of the people out of the country that we're supporting like the garment people and those sorts of things, now you've got people who are here, who are individual businessmen, in most cases these franchisees, they can't afford this and you're going to chase them out too.

JONATHAN HOENIG: Indeed, Eric. We've talked about this quite a while. Prices and wages are not arbitrary; they're based on supply and demand and fundamentals. The union involvement here-- most union jobs are not minimum wage jobs, but their salaries are linked. They're indexed to the minimum wage, so this helps them directly. You know, unions are thugs. They operate through force, whether it's camping out on a CEO's lawn or getting government to do their dirty work for them and using force to demand higher wages. To Wayne's point, they can't compete in a free market, that's why they revert to force.

JUAN WILLIAMS: No. You've got to acknowledge the reality that Americans are turning away from unions, unless they're in the public sector. But let me just tell you, when it comes to the minimum wage, ladies and gentlemen, the fact is we haven't had a minimum wage hike in seven years. If you talk about 22 states have raised their minimum wage, the CEO of McDonald's recently said go ahead, Congress, raise the minimum wage, it's not going to hurt --