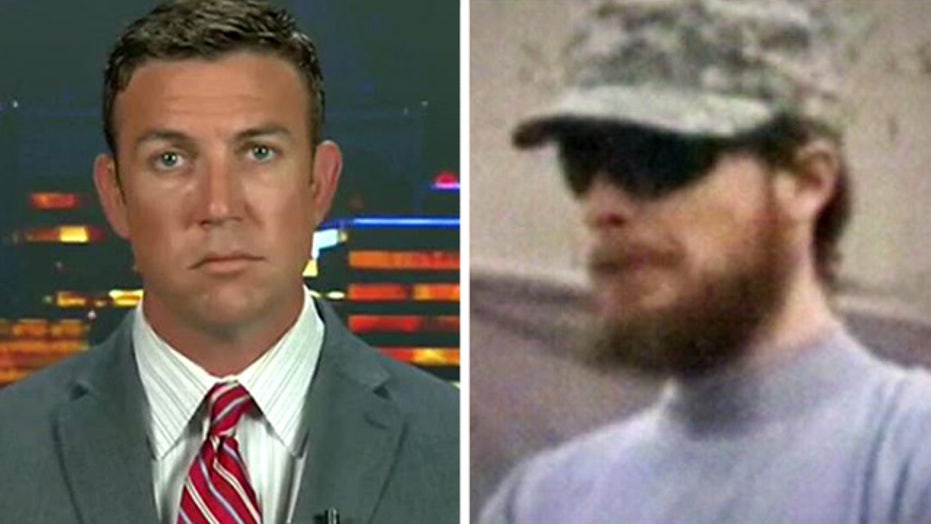 This is a rush transcript from "The Kelly File," June 4, 2014. This copy may not be in its final form and may be updated.

MEGYN KELLY, HOST: Republican Congressman Duncan Hunter is a Marine combat veteran and a member of the Armed Services Committee.

Representative Hunter, good to see you. And so, now what we are hearing is that White House aids, a few of them, came out and said they didn't know that these guys were going to swift boat Bergdahl, which is a reference to the men who served with John Kerry in the Vietnam war who came out when he was running for president and raised questions about his service. And now, they are suggesting that these guys, today, have some impure motive or some untrue allegations to make. This Is White House aids. Your thoughts.

REP. DUNCAN HUNTER, R-CALIF.: These are pathetic allegations put out there to hide a totally botch foreign policy move this is juvenile foreign policy again and they are taking it out on the people that they should be respecting the most strength. And this -- the reason of this happened in the first place, Megyn, is because the Defense Department was cut out of this whole thing. They were totally cut out. And you see that over and over with this administration. They don't have any respect for the military and they handed it over the secretary of state instead and the State Department thoroughly botched this. They didn't get enough out of it. They gave up some really bad guys.

But it's pretty apt that they're saying this because as John Kerry threw his medals over the White House fence and turned his back on all of his Vietnam brothers and sisters, that's what Bergdahl did. Bergdahl walked away from his men and he left them in a bad spot and people lost their lives and got hurt trying to find them.

But the -- the one real commitment that you have as a military person when you're -- especially when you're fighting and it's dirty and you're tired and hungry, it's not always to your flag it's not always for your country, it's for the man or the woman standing next to you. That he betrayed that. And that is the most sacred trust you have in the military, whether it's the Marine Corps or Army, Navy or Air Force, it's that trust that you have with the person next to you. That's what he betrayed and his squad mates and platoon mates have every single right to come out and tell the American people what kind of young man Bergdahl was.

HUNTER: He just left him there.

KELLY: They slap the gag order on these guys. They made these guys who are used to obeying orders and will of course go along and do what they are told, sign non-disclosures agreements not to talk about this case. And now -- and then they see the president go out into the Rose Garden with his father and they hear Susan Rice say he served with honor and they don't get to rebut that? They don't get to come out and say, oh contraire, I disagree, and when they try two White House aides accuse them of swift boating Bergdahl? This on top of a State Department spokesman yesterday, Representative Hunter, who basically accused them of lying, just to refresh our viewers -- here is Marie Harf with our own Lucas Thomason from Fox News.

LUCAS THOMASON, FOX NEWS REPORTER: Does the State Department consider Sergeant Bergdahl to be a deserter?

MARIE HARF, STATE DEPARTMENT DEPUTY SPOKEPERSON: The State Department? No, Lucas. Look, what we said is, we are going to learn the fact about what happened here.

THOMASON: According to those remnants platoon mates, the squad mates they said he walked off.

HARF: Some of them -- they are conflicting reports out there about this.

THOMASON: And the guys are on national television last night, his squad mates, platoon mates were not correct?

HARF: I'm saying we don't know the fact pattern yet here. We don't. Nobody knows exactly what happened that night.

THOMASON: Well I think his squad mates have the best indication.

HARF: I don't think that that's the case.

KELLY: Really, Marie? Today she described herself as in-artful there.

HUNTER: It's ridiculous. And the fact that the State Department is doing this and the CIA didn't do an intelligence analysis and the Defense Department and our Special Forces were totally cut out of this. I mean, why are they even asking the State Department questions? Why was this put in their hands in the first place? It's pathetic what they are trying to do now to cover-up an extremely juvenile foreign policy move again.

KELLY: It's been a rough week. You know, the VA scandal, the treatment of veterans there. And now to go after these guys -- by the way, six of Bowe Bergdahl's platoon members will be on this show exclusively tomorrow night. Representative Hunter, thanks for being here.