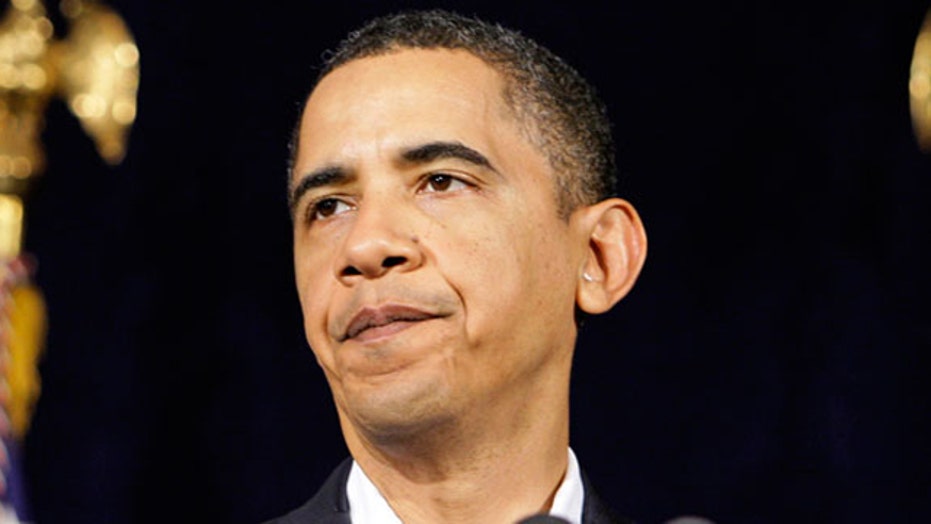 What to expect in Obama’s State of the Union address

This is a rush transcript from "The Kelly File," January 14, 2015. This copy may not be in its final form and may be updated.

Jason, you heard Chris just talking about what he expects. What do you expect Tuesday night?

JASON RILEY, WALL STREET JOURNAL EDITORIAL BOARD MEMBER: Well, presidents typically use Daily Unions to tick off their accomplishments and -- and set the agenda for the next year. The problem here is that this president doesn't have a lot of accomplishments to brag about, and what he does consider as accomplishments are probably things that cost his party the Senate in November.

So I think you'll hear him talk about ObamaCare, but the reality -- and how more people are insured -- but the reality is it's still unpopular in the polls and even leading Democrats like Chuck Schumer are having second thoughts about whether it's helped the party politically.

You'll hear him talking about job growth, but it's nowhere near where it should be at this point in a recovery. And the unemployment rate has gone down, but that's mainly a function of fewer people looking for work. Middle class wages are still stagnant.

I think you were mentioning some of the recent polling. I think what's saving him a lot right now are low gas prices. And people are crediting the president. Usually presidents do get the credit or the blame for the price at the pump and I think that's -- that's helping him.

MACCALLUM: -- which he's very much against.

MACCALLUM: All right. So, talk to me a little bit about foreign policy because it's one of the levers that any president has the most leverage with.

MACCALLUM: -- and also one of the most pressing issues of our time.

RILEY: Yeah. Well, he'll -- he'll probably wanna talk about normalizing relations with Cuba, he might wanna talk about moving towards shutting down Guantanamo Bay and those things, but there's a disconnect here. I mean if you look at what's going on in Paris, if you look at what's going on with Boko Haram, clearly the militant Islamists are still fighting this war vigorously. The president has a foreign policy based on how he wants the world to look instead of how the world actually is, and that's the problem.

MACCALLUM: Yeah. So, you know, when -- when you look a bit, you talk about Cuba.

MACCALLUM: -- for example, not high on a lot of Americans lists perhaps as something they would have wanted the president to address, and I saw President Francois Hollande go out and talk to the French soldier today on the aircraft carrier, you know, sort of bolstering them for the fight that they have ahead as they head over there. We've seen the French increasing airstrikes in the area. I mean, we have to get an update on how the battle to end ISIS is going, do we not?

RILEY: This is a president though that says the war is receding.  It's receding, it's time to bring our troops home from Afghanistan and Iraq regardless of what's going on in the real world. And that's -- that's the problem, I think, is this disconnect that the president has on this point.

MACCALLUM: And legacy obviously is something that you wanna lay down at this point.

I doubt we'll hear anything about personal responsibility or -- or the black crime rates that are driving these tensions between the police and the black community. I hope I'm wrong on that, but I -- I kind of doubt it.

MACCALLUM: We'll see what the tone is. Jason, thank you very much.  Good to see you as always.