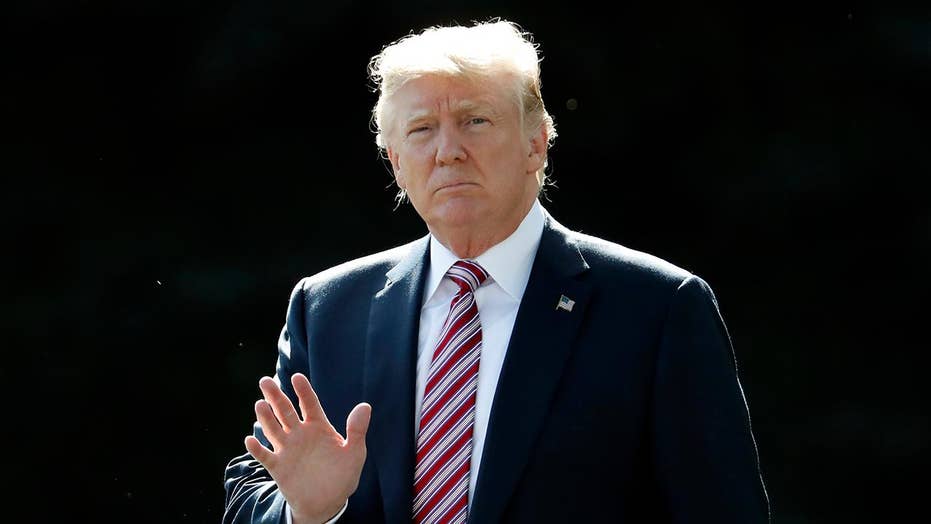 What Trump can learn from Reagan on selling tax cuts

President Trump pushes the first major overhaul of the U.S. tax code since the Reagan administration.

Steve Forbes: It is possible for Trump to go the Reagan way. He should do it before Congress votes on it, the way Reagan did it, and have the details there so he knows what to present to the American people.

John Tamny: I don't think Trump can do it the Reagan way. Reagan took years for his message and he had a good plan to articulate, which makes it much easier to sell. As Trump himself has said, his tax plan does not help people like him.

Rich Karlgaard: You know, if Donald Trump really wanted this to happen in a big way, he could make it happen. It's not clear to me that he really wants it to happen or that it's his top priority because he's so easily distracted picking on Mark Zuckerberg or NFL players.

Bruce Japsen: I look at pictures of Reagan and what we've got now and it makes me miss him a little bit. Listen, Trump gets so distracted on this, over the weekend we had the third try on ObamaCare appeal and he's tweeting about the NFL. Listen, he could do some rallies, but I don't think he has the ability to do any rallies outside of Indiana and Alabama.

Mike Ozanian: Trump's problem in getting tax reform hasn't been that he hasn't been out there getting the message across, he has. Most people in this country are for tax reform. His policy would be pro-growth, just like most people don't want ObamaCare and people were for supporting getting rid of ObamaCare with something different.

Elizabeth McDonald: In the Reagan era, you had Democrats on board with the Reagan tax cuts. Now, the Democrats are playing hardball. Mike is right. They're out there with misleading statements whereas the Republicans are too nice. The Republicans need to play hardball.

Mike Ozanian: The taxpayers are already having the last word not watching as much NFL on television. Ratings were down 8 percent last year when it started. And they're down 11 percent this year on average from last year.

Elizabeth McDonald: The taxpayers are on the hook for defunct stadiums. The only place this is justified is in Green Bay where the town owns the Green Bay Packers. I think this should be common sense here. Yes, take a knee in the end zone after a football game. Not for the flag.

Steve Forbes: There's no reason why you can have those bonds be tax payable if a municipality or county wants to do it, it's their money. Don't have taxpayers around the country foot the bill.

John Tamny: Stadiums are the opposite of economically simulative. They're equivalent of a fed helicopter drop of money. The money would drop in and be disbursed elsewhere.

Bruce Japsen: I think when the president called these guys S-O-Bs, people were like, that's over the top and he inflamed the situation. But, I think the decisions should be made locally.

Sabrina Schaeffer: The NFL is worth $14 billion and our team here, the Redskins, is worth $3 billion. It's No. 8 on Forbes Top 50 list of sports teams. The idea that we would be giving federal taxpayers subsidies is the idea of pouring gravy on the Thanksgiving table.

Steve Forbes: Sadly, conservatives are getting a shaft from Facebook and you see it on conservative websites, postings on Facebook, very difficult to do. They've been cracking down on it.

Bruce Japsen: Trump is such a whiner. He had passes and showed all the rallies during the campaign. And he's president of the United States. Come on, be president.

Rich Karlgaard: Hey, Facebook is based in the San Francisco bay area, what else would you expect? I think it's wrong for the president to criticize them by name.

Sabrina Schaeffer: I don't care if they're biased one way or the other. I don't pay for Facebook. They are not in my mind as a news outlet, they are a social platform and we need to stop thinking of them as a behemoth, and getting so caught up in this.

John Tamny: Sabrina is right. Mark Zuckerberg should tell Trump it's none of his business what he does with his private business.

Elizabeth McDonald: I agree with Sabrina and Rich. They're a private company. You know, they can get news elsewhere. I don't think that the President should attack Facebook like this.