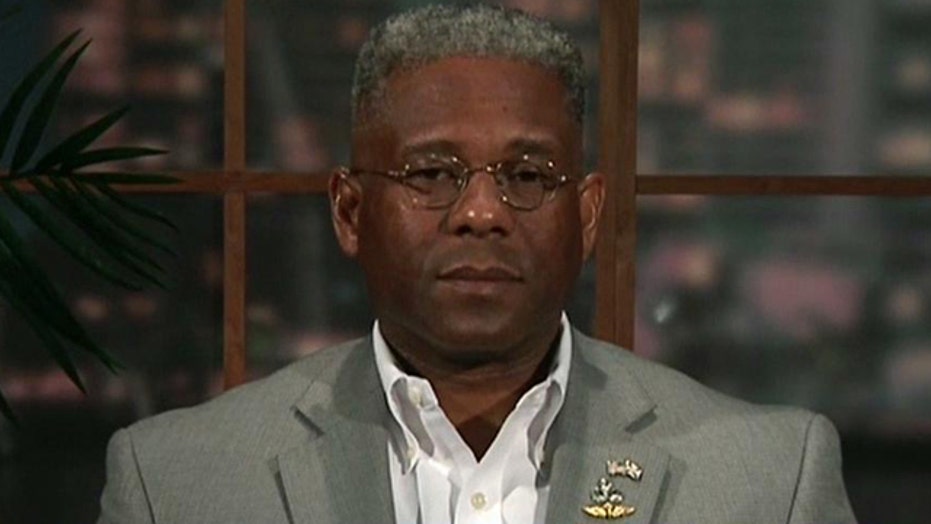 Redistribution of wealth to Washington?

This is a rush transcript from "On the Record," January 4, 2013. This copy may not be in its final form and may be updated.

GRETA VAN SUSTEREN, FOX NEWS HOST: First tonight, Rush Limbaugh says the president is redistributing wealth in America, but you have to hear where he says that money is going.

RUSH LIMBAUGH, CONSERVATIVE RADIO HOST: All of our money is being redistributed to Washington! It's a boom town! There's no evidence of the economic collapse in our nation's capital! In fact, I think the zip codes around Washington happen to be now in the top five wealthiest zip codes in the country! Stands to reason. That's where all the money is.

That's where it goes to be redistributed, where all the people get their mitts on it. They don't have the slightest clue! Look at Obama! He goes off to Hawaii. What is it, a trip out and back is 4 million bucks on Air Force One, not to mention what it's costing us to rent his home when he's out there. You haven't the slightest idea! Obama couldn't pay for one one hundredth of the lifestyle that he's living on his own! Never! He couldn't do it! But he's living it!

VAN SUSTEREN: Happy new year to you, too. Now, Rush Limbaugh says there's -- what -- that Washington is essentially a boom town. And I must confess, I looked over my shoulder, the House is -- they've gone home. They don't work weekends. The Senate isn't going to work weekends, either. Maybe they do with their constituents. And the president right now, at this very minute, is in Hawaii playing golf.

What kind of message does that send to the American people?

WEST: Well, one of the things that you learn in the military is that leadership is about setting an example. And when you look at the suffering that is going on down in Main Street, there is a big chasm, there's a huge divide between Washington, D.C., and the rest of this country.

What's so important for economic growth in the United States of America is capital, is people having the money in their pockets to be able to invest, innovation, and the growth of small businesses and other businesses and corporations.

But what you see happening right now is a redistribution of that wealth through taxation. When you look at the Affordable Care Act and the fact that you're going to have capital gains taxes and dividends taxes as part of that, health savings accounts and flexible spending accounts being taxed, largely, when you also have such things as real estate transaction tax and financial transaction tax and medical expenses all of a sudden taxed, and that's on top of what you're already seeing with the Affordable Care Act. You can't go above 50 employees, or else you go into a different category.

What we see right now, Greta, is the tax code being used as a punitive measure to grow Washington, D.C., to grow bigger government, and then redistribute wealth based upon their own ideological beliefs.

VAN SUSTEREN: Congressman, one of the biggest expenses in the federal government -- everyone talks about the word "entitlement," but it does include some of our more impoverished neighborhoods in this country, in the urban areas. And in the last four, six, eight years, has anything been done, not just -- not just to, you know, sort of put money there on the table, but to actually empower and get people out of poverty and turn this horrible cycle around of poverty to poverty? Has anything at all been done? Has anyone even paid any attention to them?

WEST: No, I don't think anyone really is paying attention. And I think you see the contrast between us moving away from an opportunity society to having a dependency society. It was the late great Jack Kemp and also Art Laffer, who was the economic adviser for Ronald Reagan, that talked about urban economic empowerment zones, means by which we can stimulate economic growth within those inner cities because we will not have a strong economy unless we take care of the smallest or the lesser of these communities.

VAN SUSTEREN: How, in good conscience, do people who -- let's take the fiscal cliff bill, for instance. How do the members of Congress and the president sign that bill in sort of -- you know, in good faith, knowing that people in my hometown who own small businesses, they don't -- I mean, they don't really get much out of it, but you get lots of perks for people like Goldman Sachs got a good deal to of it. So does Hollywood get a good deal (INAUDIBLE), all these special interests, and then they turn around and try to sell it to us as this great, grand thing that they've done for us, when they've given their buddies once again little perks?

WEST: Well, once again, I think that's the separation between Washington, D.C., and the people of the United States of America. When you look at that fiscal cliff bill that I voted no against -- and I was glad that that was my last vote because I think it sent a very principled message -- 41 -- the ratio of 41 to 1 as far as tax hikes to spending cuts. And Greta, you and I have well talked about this -- $200 billion or $300 billion of redundant and duplicative programs that came from a GAO account, and we have not done anything about that.

VAN SUSTEREN: Why not, though?

VAN SUSTEREN: Why don't -- why don't they care? It almost seems indecent, from the top, the president, and I take it all the way to the White House, all the way down throughout the federal government -- you know -- you know, where is the sort of sense of decency or just even common sense? I mean, you can't just keep, you know, looking the other way on waste and fraud, and you can't continue to keep giving your buddies the deals and really denying the American people, who put you in office, the relief they really need or the help or perhaps even to be left alone.

WEST: You're absolutely right. I mean, there are things that we should be doing to take care of the American people, and it is principled pragmatism. When the president stands there and says we're not going to be adding anything to the deficit -- well, we know that that is not a truism with this fiscal cliff deal. It's going to add $4 trillion.

It is really unconscionable, what is going on in Washington, D.C. But I now have an opportunity to keep my voice out there to work against those types of policies.

VAN SUSTEREN: Well, you know, it's sort of interesting. The president's approval ratings have started to decline a little bit. Congress is at an all-time low. I mean -- nobody seems to like the federal employees, you know, the elected officials, and they seem to be doing a lousy job when they finally do do their work. I mean, they sat there for 18 months and didn't do anything for the fiscal cliff until the last minute and then they just kicked down the can.

VAN SUSTEREN: Why did he do that?

WEST: ... to include members of Congress.

WEST: I guess -- I guess it's a scratching my back kind of thing going on in Washington, D.C.

VAN SUSTEREN: But why isn't there a conscience on that? I mean, the federal employees -- they've all got great jobs. I mean, they probably like better jobs, but there are a lot of people who don't have jobs at all. But the federal government -- those in the federal government may not be perfect, but their jobs -- and I can't understand why they get -- they get their pay freeze lifted, and it doesn't -- and it seems to be -- you know, it doesn't seem to cause much stir. I mean, people don't think that that might not be a good idea, that it might be almost, in some instances, indecent to the many Americans who -- who don't get this!

And you know, when I think about those men and women that are in the military, those are the people that we need to absolutely be taking care of, those who are out there giving, you know, their last full measure of devotion.

And I think that some people should walk down some of these hallways and go in the cubicle by cubicle and ask people, What are you doing for the American people this moment and this day?

VAN SUSTEREN: Congressman, as always, thank you. Before I let you go, any new plans for the new year? I know that you're no longer in office, but what's the plan?

WEST: Well, I have plenty of good plans. And Greta, you know, I'll be out there with my voice. And don't worry, I'll still be around, and I'll be here for you to call upon, as well.

WEST: Always a pleasure. Thank you.