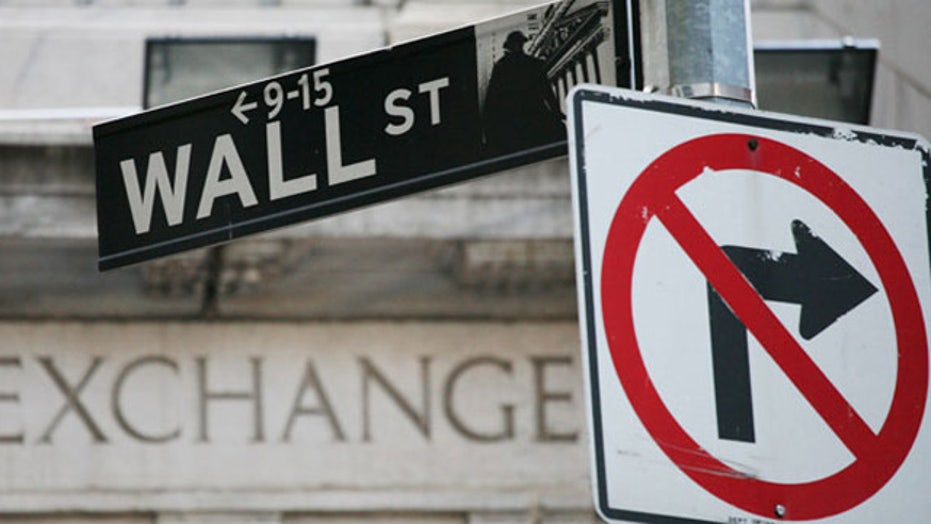 US falls to 12th place on economic freedom list

U.S. DROPS OFF LIST OF TOP 10 "FREEST ECONOMIES" IN WORLD

MICHELLE FIELDS: The countries that are beating us are besting us because they're implementing policies that America used to have; the policies that made us great. As soon as Obama took office there have been 18,000 new regulations since he's been in office, and the cost of regulation since 2009 to now has been $494B and we don't see the economy getting back on track. Only 74,000 jobs were added in December. Absolutely ridiculous! He's hurting our country.

WAYNE ROGERS: When you've got a guy in the White House that doesn't believe in economic freedom that's fairly easy. It's a fascist kind of economy where he thinks that the government should be the partner of everybody in business today. What's really interesting is that the bottom three nations in the world are, you would guess easily, North Korea, Cuba, and Zimbabwe. These are totalitarian governments. That tells you right away the difference between economic freedom, a free-market society, and those that are run by totalitarian dictators.

JEHMU GREENE: "Freedom" is not just another word for "nothing left to lose" no matter what conservatives want you to think. First of all, you can't just come up with a survey of economic freedom that has nothing to do with economic growth, that has nothing to do with political freedom. Let's look at the countries that are topping this list. They have universal health care coverage-hey, something that all of the panelists argue against. And their union density is sometimes 10 to 20 points higher than what the U.S. has. So what say you, Eric?

JONATHAN HOENIG: Our trajectory is down, and that's a shame. America once epitomized freedom-economic and political freedom, and those are inter-changeable. A free market means free people. The economy is how free people interact in a free society. It started under Bush but it's worsened under Obama. We're the only country that's gone down every year for the past seven years. It's taxes, and it's regulation, it's intervention, it's the loss of property rights, and it's also the loss of choice. We've seen that most recently with the president's health care plan.

WAYNE ROGERS: I think that you have to treat children differently that you treat men. You can't ask children to behave like men; there's a big difference there. As Vince Lombardi said, because he was dealing with men when he was talking about football, he said "winning isn't everything, winning is the only thing." By the same token, when the great scorer comes to mark against your name, he writes not whether you won or lost, but how you played the game.

JEHMU GREENE: What about "don't mess with Texas" don't you people understand? This is what we do; we play football and we play it very well. I'm actually for this for maybe a different reason, Eric, because when you look at all of the outrage around MTV and "16 and Pregnant" there's a study that came out that it made teenagers not want to get pregnant, and it had a good effect. So, maybe if you shine a light on this kind of activity you're not going to have as many parents putting that amount of pressure on their kids.

MICHELLE FIELDS: I think there were a few scenes that were crossing the line, a little bit too intense, but I do think that there is this sense of entitlement, that we're constantly babying kids. There are guys my age that are still living in their mom's basements, and I think when you're babying kids all the time you end up having these kids grow up to have an entitlement mentality.

JONATHAN HOENIG: Seven and eight-year-old kids are not props. These are not wannabes like Snookie and Anna Nicole Smith. These are children. To Wayne's point, they are not fully formed, they're not able to contextualize with the glare of the video camera on them and all of this. I'm all for competition, but I'm against videotaping it and putting it on national TV. These kids aren't even the age of consent. Competition is good but it should be about achievement.

JONATHAN HOENIG: This is chilling, Eric. This is censorship. This isn't private viewers writing cash@foxnews.com commenting on what they're seeing on TV. This is the government writing private broadcasters saying they want to see more stories about climate change on television. Who do you think regulates these broadcasters? Bernie Sanders and this other democrat. Government is force. When broadcasters here that lawmakers want to hear more climate change stories on TV they have to respond because they have an implicit gun to their head. If this is not put back this really is the beginning of the end of free speech in this country.

MICHELLE FIELDS: The media is already talking about this. How much more do they want to hear on TV? If you turn on MSNBC or CNN every single day they're talking about global warming, and I think it's no coincidence that every single day their viewership gets smaller and smaller. It's because Americans are tired of hearing about this. All of these liberals like Jehmu say "climate change", "global warming", and now its "global chilling". No, Jehmu, it's called weather. It changes. In reality, global warming is called "summer" and global cooling" is called winter.

JEHMU GREENE: I'd rather hear about climate change than Kim Kardashian. Come on, lawmakers do this every single day. They send out press releases, they ask us to cover things every single day. I think it makes sense for them to cover an issue that is going o make New York have what should be once in a century weather changes happening once every ten years.; things that are going to wipe Miami off the map. Look at LA is burning right now. This is news. We are in the news business.

WAYNE ROGERS: I have to agree with Jehmu here-Kim Kardashian-there's enough of that for me. By the way, the climate change debate goes on. I'm not going to get into the technical part of that, but the part that Jonathan raised is the one that scares me. Here's Bernie Sanders, a guy that is outrageously for individual-he's talking about how he's an independent, he's not a democrat, he's not a republican-- and for him to talk about condemning, I mean it's intimidating the press. It's just what you said; it's against the Constitution. It's against all of the things we think about for individual freedom for a lawmaker to come out and criticize the press.

WAYNE ROGERS: Health care is a mess, but (XBI) is still a healthy pick