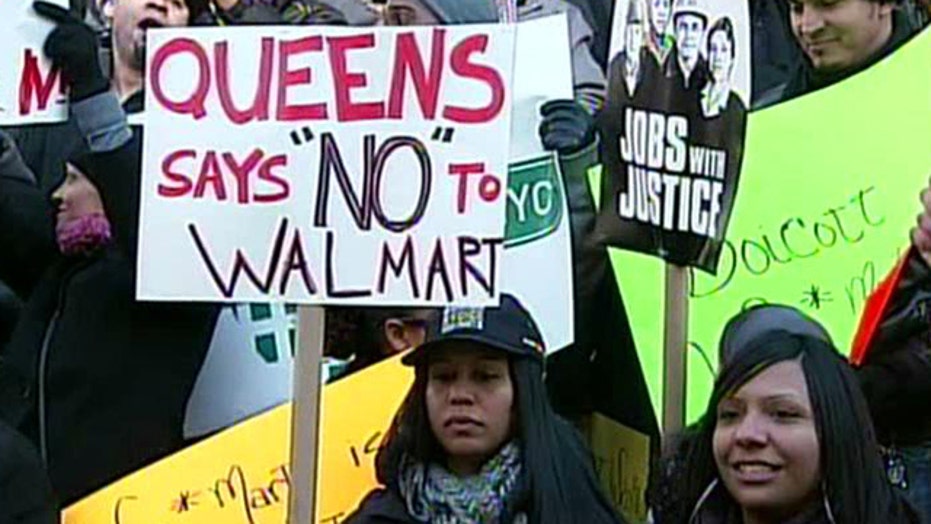 Dagen McDowell: Oh of course it is! Scaring people, making them think at least that they're not going to get their tax refund. But again, the money needs to keep rolling in to pay for the President's health care law. And we have no idea yet how much this is going to hit the American people, because this year, don't forget, on higher income Americans, you have Medicare payroll tax-hike, investment income tax-hike, a hike in the threshold where you can deduct your medical expenses, you have the medical devices tax, and that's just this year.

Gary Kaltbaum: Well, I think you have a situation where they're trying to cause as much pain as possible to show you, "Hey, I told you so, the sequester was bad." Look, we went this week where they actually shut down the tours of the White House that only cost $17,000 per week. They're trying to make a point, they're trying to prove a point, and that is to go down the Republicans' throats and make them look bad, and we end up losing in the end, as usual.

Ben Stein: Well, I think universal health care is a moral requirement. Mr. Nixon ordered that we try to get it through, and Senator Kennedy killed it. But, that being said, look, government works by the votes of the people. The people elected a Democratic Congress, big mistake. So, we got Obamacare, we elected a Democratic President, big mistake, so we got Obamacare. Now we have to live by the law...the law requires we pay these taxes, that if we fail to pay them, we go to prison. So, the deck is stacked against us, until we can rally ourselves enough, get off our back sides enough to elect a Republican President, then we'll get it fixed, maybe.

Charlie Gasparino: I think this is great, there are two stories here. I think it's great that people are paying higher taxes for this thing, because they should know that this does not come for free. If you're going to elect Barack Obama as your President, you're going to do what Ben said which is electing a Democratic Congress that passes through this nonsense, and you're going to have to pay for it. You get what you pay for. I would say what's not great about this is how the media is handling this, and the sort of notion that the President, when you say they, it's really the President, is using, is pulling out all the stops in a political way by saying no more tours. By the way, Republicans were going to give him the authority to pick and choose exactly how to make these cuts, you don't have to do it all at once, he said no thank you. It's shameful behavior by the President.

Adam Lashinsky: First of all, I think that everybody who is banking on getting a big tax-refund should go into their withholding and stop withholding so much. I mean the goal is to neither have to pay a tax bill, nor to get a tax refund. Now, having said that, I assume paying or issuing refunds is a manpower issue and that's what the administration is talking about. Giving them the benefit of the doubt that it takes people to process these things...it does not take people to enact the taxes that were legislated with the healthcare law. I mean that sort of looks like the basis to me. I think it's shameful; it should be a high priority of the government to pay tax refunds in a timely fashion, Charlie.

Gary Kaltbaum: In a city like New York where there's a high cost of living, you have a company that singlehandedly has lower cost for consumers, and no, let's not build one. You're not going to have the workers; you're not going to have the construction workers, potential for local suppliers. This is a big loss for consumers all the way around in that city. They're just dummies, these people who are not allowing this to occur.

Ben Stein: Wal-Mart is an incredibly great American institution and genuine benefit. Everyone who lives near Wal-Mart gets the benefit of the lower prices as if they had a substantial pay raise. This is union, these are the union goons out there demonstrating and holding up pickets. They're being paid; I'm sure, by some union who's afraid if Wal-Mart takes hold nationwide, unionized jobs at grocery stores will disappear. It's a very, very, very upsetting phenomenon to see New Yorkers deprived of the benefits of Wal-Mart.

Charlie Gasparino: It's completely disgusting, listen, I'm a union guy. I like unions, I will tell you, if it weren't for unions, more people would die from black lung disease in coal mines. Listen, are you telling me that if you go down to Century 21 downtown, where I used to work, the Wall Street Journal, there unionized? This is a hit on Wal-Mart, this is what they're doing, they're not. When you go to the Cozy shop around the corner, you think those guys...this is specific to Wal-Mart because when you're in retail in New York, those aren't like labor unions. People don't belong to labor unions who are working there. This is a specific thing to Wal-Mart...they're attacking Wal-Mart, they're trying to make a national case against Wal-Mart. Let's be clear here, there are a lot of places in New York where there aren't unions. It's not like there are unions in other retail businesses, this is an attack on Wal-Mart.

Dagen McDowell: I do not think though, that if the unions win, if you will, will impact Wal-Mart nationwide. I don't think it helps unionization at all. And the reason that the unions are afraid of Wal-Mart moving into New York City is because the people of this city will realize how awful the flipping supermarkets are once they shop at Wal-Mart.

Adam Lashinsky: I'm not sure of my facts here, I don't think we have a Wal-Mart in San Francisco, and I don't think it's a labor issue necessarily. This is very similar to our last conversation; I mean I agree this is not a national issue. The people in New York are making a choice, Wal-Mart is all the chains...I don't think, by the way, that this is particularly fair to Wal-Mart what's happening in New York City, having said that, I think the opposition to Wal-Mart is sincere. Yes, it brings down prices, because of its economy's scale.

CRITICS: FEDERAL FUNDING FOR COLLEGES IS BEHIND MASSIVE TUITION HIKES

Adam Lashinsky: Well taxpayers are actually are paying less, which was the point. States are cutting funding dramatically. I don't think there's a causal relationship here between federal programs and raising tuitions.

Dagen McDowell: 90 percent of student loans were originated by the department of education, and now we have more than a third of young student borrowers who are late on their payments. This is going to be a burden on the American people, and we're saddling young people with debt, and the government is behind it.

Charlie Gasparino: They're saddling themselves to a certain extent. I remember when I had the opportunity, thank God, to go to graduate school. I picked a good one that was the cheapest one, and people...I mean if you want to go to like Harvard and major in fine arts...and you want to take out a $70,000 loan, well good luck.