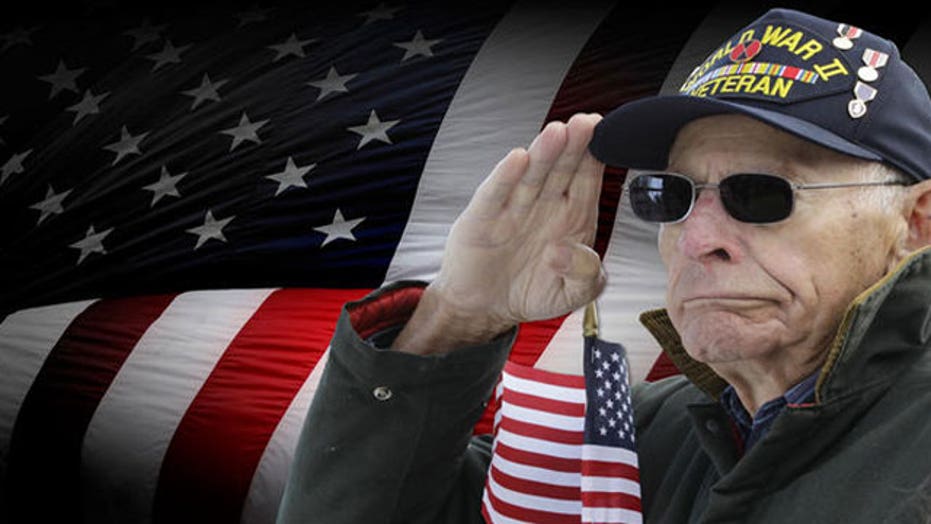 Nearly 8 in 10 VA workers are unionized

GOP REP: UNION RULES CONTRIBUTING TO POOR TREATMENT OF VETERANS AT THE VA

JUAN WILLIAMS: They've been unionized for a very long time, Eric. Government has a very high unionization rate, and I don't see how that's related to the ongoing problems here. What we've got is a scandal in which someone was keeping secret lists in terms of giving service to people. Quality is not the issue; access is the issue. It just seems to me you want to beat up on unions. I don't get it. What do unions have to do with this?

JONATHAN HOENIG: To quote Juan Williams: "I can't believe what I'm hearing!" I think quality is of some interest to all of the people that died as a result of the scandal, Juan.

JONATHAN HOENIG: That line is positively evil. "What's the worst that can happen" if we sacrifice everybody's lives today for a prediction that may or may not happen 50, 200, 250 years ago. Meanwhile, all of these predictions, for years, have been demonstrably false. In the late 70s the New York Times was running articles about how rising seas would wipe out coastal cities. These predictions have been around since it was called the ecology movement in the 50s. Meanwhile, you can't point to any place on earth where there's been any kind of catastrophic harm to mankind. But the green's goal isn't helping mankind; it's hurting mankind and helping nature along the way. Kerry should be ignored.

WAYNE ROGERS: The big problem is that they're willing to take this short-term-over geological periods of time, the earth has actually cooled in the last ten years, but has warmed in the last hundred years. You go back say 200 years, 500 years, a 1,000 years, and these cycles-they don't know. They said in 2007 that by 2013 the Arctic would be "ice-free". It increased over 500K sq. miles in the last year. So these predictions-- they don't know.

JUAN WILLIAMS: Let me ask you something: do we prepare for war? Do we prepare for catastrophe, and if we know that our industries, our economy could be adversely impacted by climate change, why wouldn't we be taking precautions-especially since the scientific community is almost unanimous on this.

MICHELLE FIELDS: The government is taking our money and destroying our economy to try to fight something that can't be fought. You can't fight nature; you can't fight the weather. Humans have been able to adapt to climate change for thousands of years, and all of a sudden the idiots in Washington think that humans cannot adapt to it, so they just want to take our money, destroy our economy, destroy businesses. The EPA is now the fourth branch of government. They're just destroying businesses at a time when we need jobs right now, Juan.

ARRESTS MADE DURING "WAGE RAGE" PROTESTS OUTSIDE MCDONALD'S HQ

WAYNE ROGERS: It takes its toll in many places. For example, all of the fast food places on army bases and places like that-part of that money goes to charity. They cannot exist with a raise. They said "if it's a $10 raise, we're going to have to close all of these places on army bases." That money not only goes to charity, it's for the benefit of our own forces. It's outrageous.

MICHELLE FIELDS: Minimum wage jobs are mostly for young people. Half of all people that have minimum wage jobs are under 25 years old. a quarter of them are teenagers. Right now the unemployment rate for young people is over 15 percent. These people need jobs, and if you raise the minimum wage you're going to price out these people, because their labor, their work is not worth $15. You're going to prevent them from getting the experience, and life lessons to have a job, to have a career.

JUAN WILLIAMS: He had a boom, he had a dotcom boom. I think what we see now is a housing bust and a very deep recession, rising income inequality in this country, and lots of people having to take service sector jobs that pay minimum wage, but don't allow them the opportunity to support a family-just to sustain a good life. That's why there's more political pressure now for raising the minimum wage. Wayne is right: it could have some negative impact on some jobs. But the fact is, as Michelle pointed out, over 50 percent of these people are not teenagers. They're not kids. These are people who are trying to support families and can't make it on the meager amount of money being offered.

JONATHAN HOENIG: I looked at the data. Clinton kept rejecting the minimum wage hike. Youth unemployment was low, and stayed low for years. Bush, to his great discredit, raised the minimum wage and of course we started seeing youth unemployment go up, and it really hasn't stopped since. I think what Juan doesn't understand is that higher minimum wages not only result in less jobs. Also, they result in less income because employment overall declines, work hours decline. So there is no benefit. Every economist knows there's no such thing as a free lunch. The unions support it because it helps them. A lot on union wages are linked to the minimum wage, and of course by raising the price on low-skilled people, they price them out of the market.

JONATHAN HOENIG: "CRUISE" YOUR WAY TO HIGHER PROFITS THIS SUMMER WITH (NCLH)